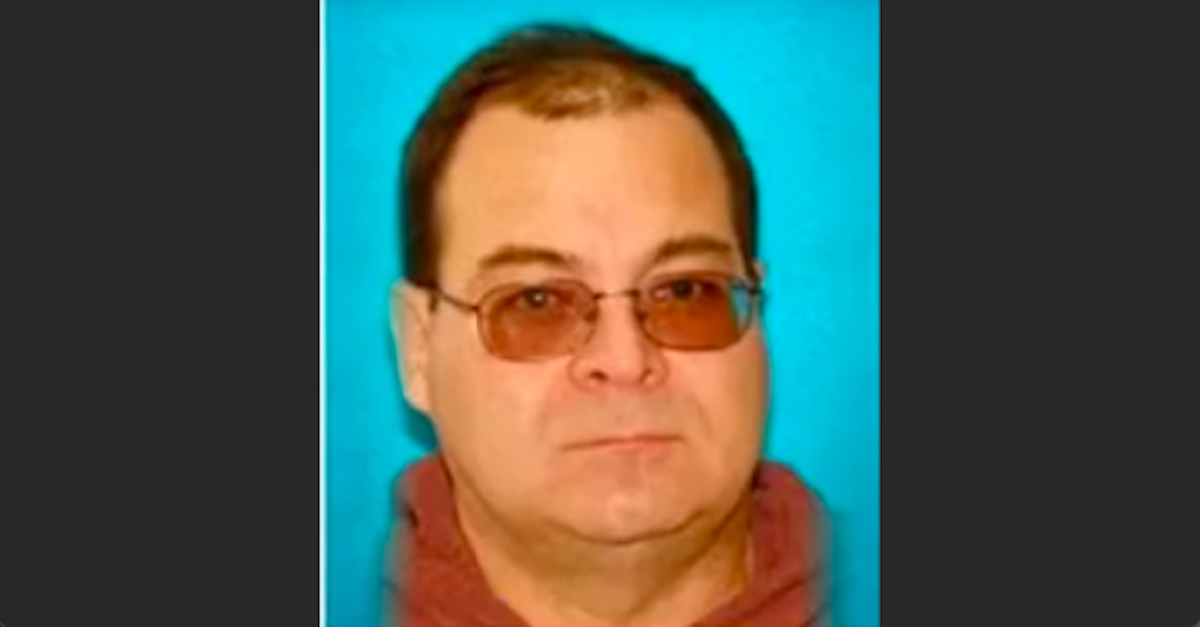 A South Dakota man was arrested this week after police say he killed his brother and his brother’s pregnant wife inside their own home Wednesday morning. Brent M. Hanson, 57, was charged Thursday with three counts each of first-degree murder and alternative counts of second-degree murder for the deaths of Clyde Hanson, Jessica Hanson, and the married couple’s unborn child, authorities said.

Officers with the Milbank Police Department on Wednesday morning were dispatched to Clyde and Jessica’s home to perform a welfare check at the residence, according to a press release. The department requested back up from the South Dakota Division of Criminal Investigation when local law enforcement agencies learned from a separate source that to people at the residence may already be dead.

Upon arriving at the home, first-responders went inside and found the lifeless bodies of Clyde and Jessica Hanson. Police said that the two appeared to have “injuries consistent with homicidal violence.”

Investigators later determined that Jessica Hanson was pregnant, though they did not disclose how far along she was. However, in court documents filed in late July, Jessica told a police officer that she was approximately four-months pregnant, meaning she may have been up to 8 months pregnant at the time of her death.

Milbank Police did not immediately respond to a message from Law&Crime seeking additional information concerning the manner in which the couple were killed and other details in the case.

Tim Bormann, the chief of staff for the South Dakota Attorney General’s Office reportedly told Aberdeen News that agents with the Division of Criminal Investigation were dispatched to the Hansons’ Milbank residence at approximately 10:30 a.m.

In addition to DCI, the Grant County Sheriff’s Office is also assisting Milbank PD in the investigation into the double-homicide.

Authorities provided few details about the subsequent investigation, other than stating that it “led to the arrest of Brent Hanson.”

Law enforcement authorities have also remained mum regarding what motive they believe may have driven Brent Hanson to murder his brother and pregnant sister-in-law. However, Sioux City ABC affiliate KCAU-TV reported that the couple have had problems in the past.

According to the report, Jessica in July filed a police report accusing Brent of assaulting her. According to a statement of probable cause filed in that case, the confrontation began with Jessica checking-in to a mental health facility for slightly less than two weeks to be treated for depression. While she was away, Brent had allegedly agreed to help take care of her dog. However, when she returned home and went to retrieve her pet, Brent allegedly said he had taken the dog to a farm to be cared for and refused to tell her where the farm was located. He allegedly said he didn’t want to have to take care of her dog anymore.

When Jessica threatened to involve the police, Brent allegedly said that if she did, he would throw her out of the building and pushed her with both hands on the shoulders.

“Jessica said Brent also used both of his hands and hit Jessica multiple times on both sides of her head while she was moving away from Brent,” the probable cause affidavit stated. “Jessica said this was not normal behavior for Brent and that they normally get along fine. However, Jessica did say she was afraid for her safety and afraid to go back home because she is unsure what Brent is capable of. Jessica is afraid Brent will get very angry when he finds out she reported this incident to the police.”

Brent Hanson was charged with misdemeanor counts of simple assault and simple assault domestic violence in connection with the altercation. He pleaded not guilty and is scheduled to go to trial in February.

See below for the July affidavit.