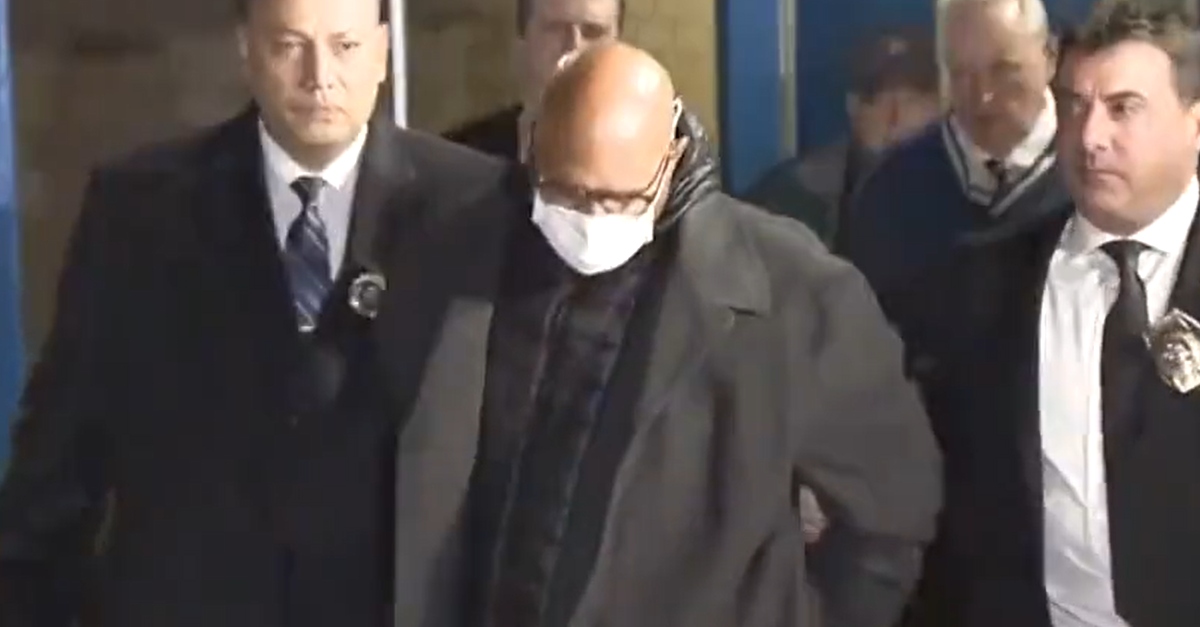 After more than 22 years, the New York Police Department says a young girl’s cold case murder has finally been solved. Joseph Martinez, 49, allegedly strangled former neighbor Minerliz Soriano, 13, and put her body in a dumpster about a mile from her Bronx home, according to a report by the New York Daily News.

“I hope you go to hell,”  the child’s father Luis Soriano said, addressing the alleged killer in an interview with the outlet.

Minerliz was reportedly last seen alive on Feb. 24, 1999, leaving Intermediate School 135 in the neighborhood of Bronxdale at the end of classes. She never returned home and instead turned up dead four days later. A maintenance man found her body stuffed in garbage bags in a dumpster behind a video store in Co-Op City. An autopsy listed her cause of death as compression of the neck.

At the time, Martinez lived several floors below the Soriano family at the same Pelham Parkway South apartment building, police sources said, according to the News. No evidence pointed to him at the time, however.

Investigators said that they were able to confirm Martinez was the killer because DNA from the scene partially matched a now-deceased relative of his who used to be in prison. Officers asked Martinez, now a resident of the nearby city of New Rochelle, to drop by the 49th Precinct, but he did not know why, sources reportedly said.

“He had that 10-mile stare to nowhere, like, ‘How did this happen?'” a police source said. “He wasn’t outraged. He wasn’t belligerent. He was not combative. He was not in denial. All hallmarks of a guilty person. His DNA puts him at the scene–and that’s a wrap.”

Martinez bowed his head as cops walked him handcuffed in front of reporters.

More than two decades after the crime, police have made an arrest in the killing of a teenage girl in the Bronx.

The family of Minerliz Soriano told me they’re thankful for an arrest in the cold case but frustrated it took this long. @CBSNewYork https://t.co/CYdTHkQu0H pic.twitter.com/74dVuK6Rgn

The cowed body language was a far cry from the gregarious street astronomer appearing in some YouTube videos. In recent years, Martinez, who used the nickname “Jupiter Joe,” lugged his telescope around New York City. He served as a smiley-faced ambassador to the stars for any passersby, including children.

“If I can teach a kid something cool, maybe it will inspire him to become a scientist or an astronomer,” Martinez said in a 2017 profile on the channel Function. “And that’s why I do this.”

But Soriano had a life too, and Martinez is the person who allegedly cut it short before she really got started.

22 years after the death of 13 yo Minerliz Soriano, 69 yo Joseph Martinez has been charged with her brutal murder. Martinez lived in the same building as the victim’s family. #DNA #ColdCase #justice #crime @joemarino_ @tinamoore @jfitzgibbon @nyposthttps://t.co/pfZU97X5ng

Minerliz wrote poetry, enjoyed reading romance novels, and often went through her neighborhood on roller skates or her bike, according to the News.  Her aunt Maritza Soriano said that people called her “the Cinderella of the building.”