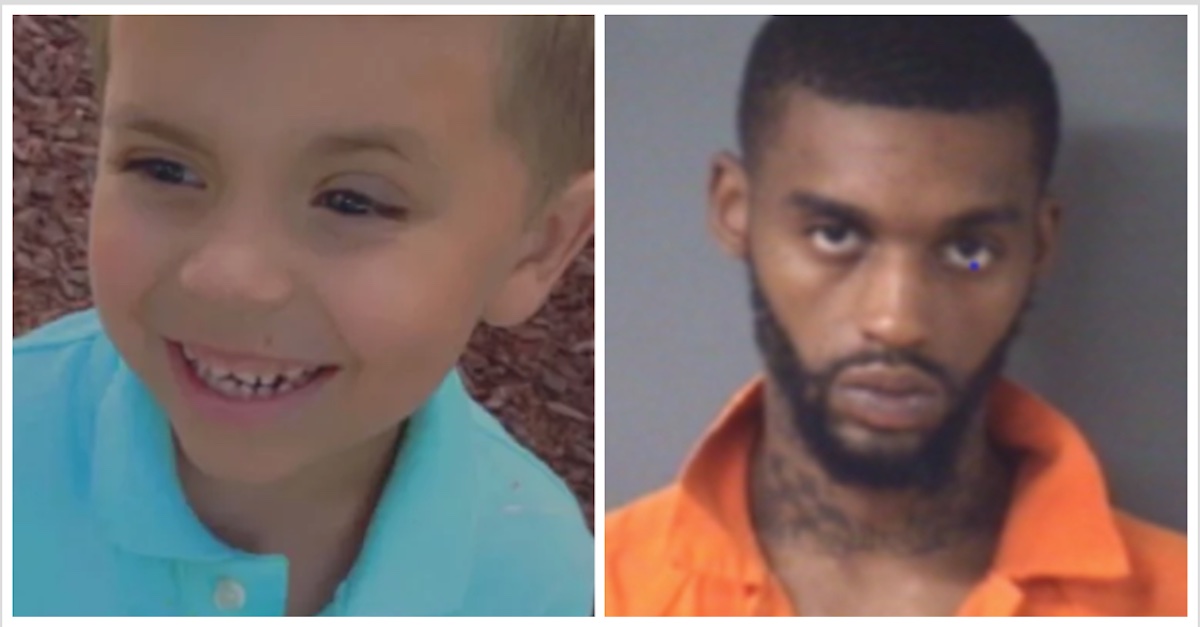 Prosecutors in North Carolina this week declared that the state intends to seek the death penalty against a 25-year-old man accused of executing a 5-year-old boy in cold blood as he rode his bike in front of his two young sisters. Darius N. Sessoms, who last month was indicted on one count of first-degree murder for allegedly shooting Cannon Hinnant, is now facing death row if convicted, Raleigh NBC affiliate WRAL-TV reported.

Sessoms on Tuesday appeared before Superior Court Judge William D. Wolfe for a hearing to confirm that Wilson County Assistant District Attorney Joel Stadiem had formally notified Sessom’s defense attorney Ernest L. Conner of the state’s intent to seek the death penalty, the Wilson Times reported. Conner reportedly affirmed receipt of the notice and said he would take on a second court-appointed attorney to assist him in the capital case. During the brief five-minute proceeding, a shackled Sessoms was reportedly surrounded by eight deputies from the Wilson County Sheriff’s Office.

Sessoms is next scheduled to appear in court on April 12 at 10 a.m.

The decision to seek Sessoms’ death was applauded by Hinnant’s mother Bonny Parker, who reportedly attended the hearing wearing a shirt emblazoned with her son’s face on the front and the words, “Say his name: Cannon Hinnant” on the back.

“I feel like it is the closest justice that we can get for Cannon. The justice that he deserves legally is death penalty. Death penalty still isn’t justice for Cannon, but that’s the maximum they can give him, and that’s what we will seek,” she told reporters after the proceedings. “He took my son, and I just don’t feel like he should be here. Having to face him and having to deal with losing my son the way I did, it brings a lot of anger, a lot of emotions.”

Cannon’s father Austin Hinnant and approximately 20 other members of Cannon’s extended family were reportedly also in attendance on Tuesday, per the Wilson Times.

The fatal shooting reportedly happened in front of Cannon’s two sisters, ages 7 and 8.

Austin Hinnant has repeatedly said there was no bad blood between him and Sessoms. The two reportedly had dinner together the evening before the fatal shooting.

Authorities still have not disclosed a possible motive.