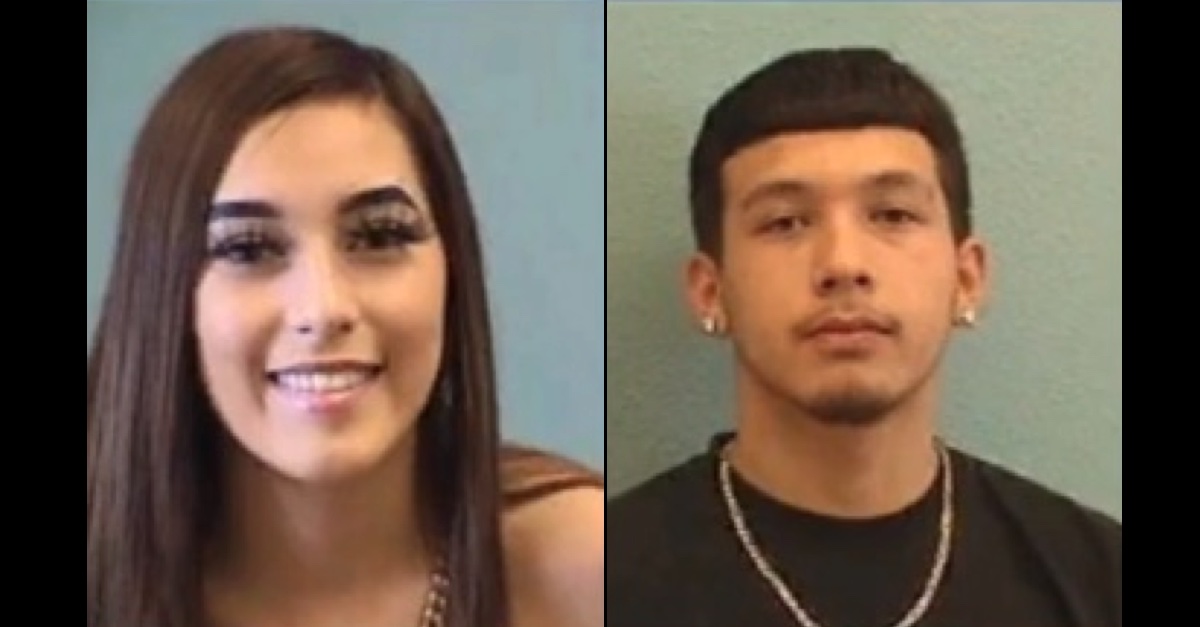 A teenager has been charged with murder after allegedly using social media to target a man for robbery and carjacking.

Anna Bella Dukes, 18, was arrested Monday and charged with murder, kidnapping, two counts of armed robbery, tampering with evidence, and conspiracy, according to a report from local ABC affiliate KOAT.

Bernalillo County records show that Dukes was booked into custody at around 3:00 a.m. on Monday.

Police say Dukes and Adrian Avila, 17, conspired to lure Nicholas Otero to meet Dukes in the early morning hours of Feb. 11, 2021, so that Avila and another suspect could rob him.

According to a police summary of the incident:

The suspects dragged the victim from his red Lexus and demanded cash, jewelry and a gun from him. They entered the Lexus and another vehicle, holding the victim at gunpoint and drove to the victim’s residence. The carjacking suspects ordered the victim to call his brother and have him bring money and a gun outside, or they would shoot and kill the victim.

When they arrived at the victim’s home on Timothy Ct. S.W., the victim’s brother, later identified as Elias Otero, came out of the house and threatened to shoot the suspects. At some point, Avila fired a gun at Otero, killing him in the street.

The original carjacking victim jumped out of the vehicle as the suspects fled the scene.

Elias’ mother, Alicia Otero, told KOAT that her youngest son—Elias’ brother and Avila and Dukes’ target—met a girl on Snapchat.

KOAT reported that a criminal complaint shows the carjackers had an AK-47 to Elias’ brother’s head. They allegedly contacted Elias via FaceTime and told them they would hurt his brother if he didn’t come out of the house with money, according to the KAOT story.

Alicia said Elias was protective of his family and refused to meet Avila and Dukes’ alleged demands.

“My oldest son says we’re not giving them anything so he walked outside with his gun, he is a concealed carry license holder,” Alicia told KOAT.

Police say that they linked the suspects’ car to a car used in a previous carjacking.

A report from local NBC affiliate KOB said that police are still searching for a third suspect.

Alicia, Elias’ mother, told KOB that news of Dukes’ arrest gives her hope that her son’s alleged killers will be held accountable.

“Every day we wish that we get justice and, you know, someone to pay for what they did to him and knowing they finally turned themselves in just – it feels good that it’s not gonna go unsolved,” she said. “I’m confident that justice is gonna be served.”

Avila turned himself in to police in December. He has been charged with an open count of murder, kidnapping, two counts of armed robbery, tampering with evidence, and conspiracy.

According to court records, Avila is in custody. He has a detention hearing scheduled for Friday.

Read the complaint against Dukes, below.