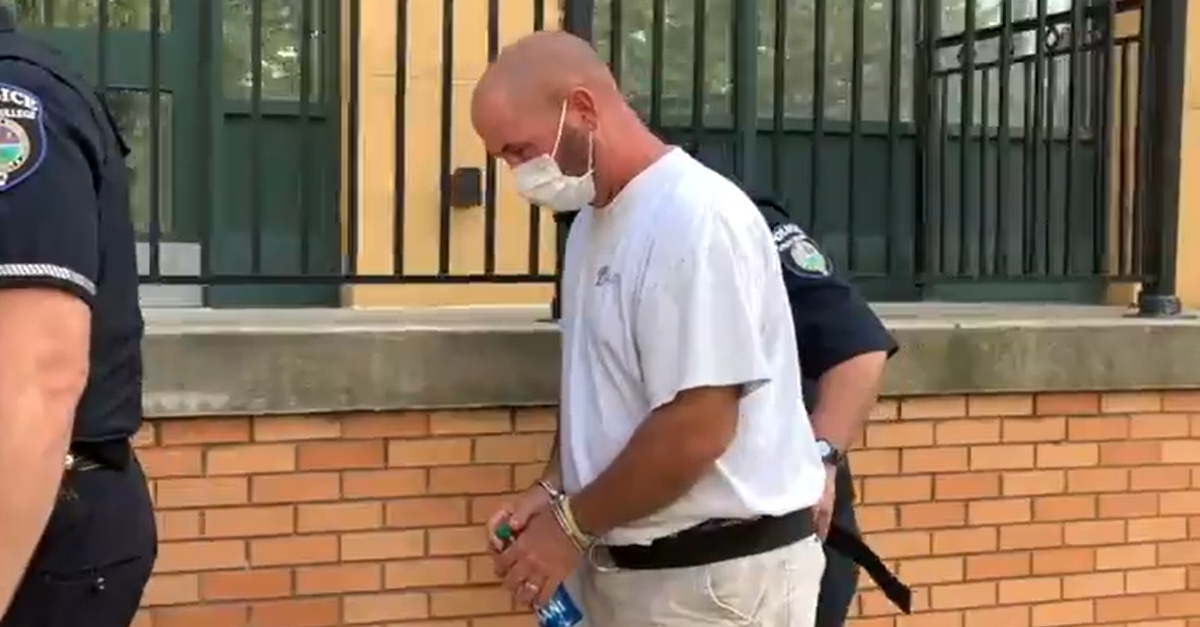 After more than a quarter of a century, authorities say they know who raped and cracked the skull of a woman found brutally beaten. Scott R. Williams, 49, is responsible for the May 13, 1995 attack, authorities said on Tuesday. Williams allegedly left behind semen. Authorities claim testing of this genetic material against two close relatives blew his cover. Through his mother and son, Williams was confirmed as the suspect, investigators say.

According to the amended arrest warrant from Centre County, Pennsylvania, a woman found the victim lying on the ground, not wearing pants or underwear. The victim was mumbling incoherently, her face and head were covered in blood, and her right eye was swollen shut. Another woman was driving by and stopped to give help. The victim needed four plates put in her skull at the hospital, cops said. Officers said they found her pants, underwear and shoes in a flower bed near where she was discovered.

“In addition to being beaten, the following items were taken from [redacted] during the assault: her apartment key, credit card, MAC, PSU student ID and driver’s license,” they said.

She did not remember details of being attacked, officers said. Investigators determined the suspect used an object.

Investigators used vaginal swabs, which turned up the attacker’s semen, they said. Using that evidence they had, investigators obtained an arrest warrant in 2000 under the name John Doe. A breakthrough in the case some two decades later allowed them to uncover that man’s identity to execute the warrant. Using newer genetic genealogy techniques, they found a woman they determined was clearly related to the attacker. In a Jan. 25, 2021 interview with police, she agreed to give DNA samples, according to the affidavit.

It turned out she was more than just closely related. Under testing, she had a more than 99 percent chance of being the attacker’s mother, police said. The woman said she had two sons. One lived in Alaska. Another, Scott Williams, lived in Reedsville, Pennsylvania. Detectives went to a banquet at his son’s high school in an attempt to surreptitiously get his DNA sample. Though the suspect apparently did not eat or drink there, investigators were able to further advance the case after learning that his son apparently did. According to the affidavit, they got a discarded fork, knife, spoon, napkin and plate. Testing revealed that the boy had more than a 99 percent chance of being the attacker’s son, authorities said.

Investigators finally pulled trash at Williams’ home on June 2. Among three bags, they discovered six bottles, or “spit bottles,” containing tobacco and saliva. Facebook pictures included Williams having what seemed to be tobacco in his mouth, and also a picture of a spit bottle or “spitter.”

Testing revealed match between Williams and the attacker, police said. Officers described an astronomically low chance of the semen belonging to anyone but him: 1 in 2 quadrillion, they said.

Williams was arrested for rape, robbery and aggravated assault. He made a first appearance in court on Tuesday and is scheduled for a preliminary hearing on Oct. 13. His docket lists no attorney of record.