‘On and Off’ Girlfriend Murdered Professional Bull Rider After Argument: Police 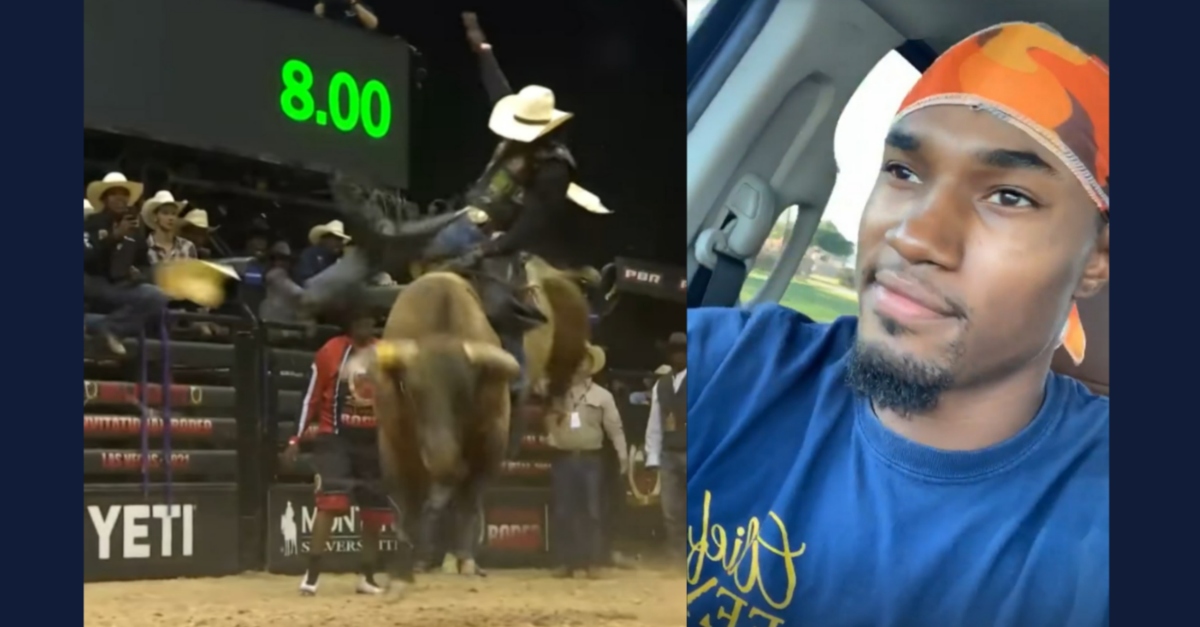 A woman allegedly shot and killed her sometime boyfriend, who worked as a professional bull rider.

According to officers, 911 received information at 12:06 a.m. on Monday about a man shot at an apartment complex near 900 South 200 West.

Investigators said they determined Allen and Bagley did not just know one another — they were in a relationship.

Detectives believe Allen came to Salt Lake City to attend the Utah State Fair and arranged to stay with Bagley.

After attending the fair, Allen and Bagley went to a downtown bar where they got into an argument.

Allen went to Bagley’s apartment to get his property when shots were fired.

It was an “on and off” relationship, police said in documents obtained by KSTU.

“These two, we believe knew each other, they had attended the fair and then ended up at a bar and ended up arguing,” police Detective Michelle Peterson reportedly said. “Then the male wanted to get some of his property from the apartment that he was staying in, while he was attending the fair and a gun was pulled out and he was shot.”

“The witness also stated that there was no entry or attempted forced entry into the apartment,” officers said.

Allen, who grew up near Houston, Texas, had been riding animals since age 2, when his mother (to the vexation of his bull-riding father Teaspoon Mitchell) entered him into a sheep-riding competition, according to Professional Bull Riders (PBR). He went on to ride his first steer at age 5. His father, who rode bulls at the Bill Pickett Invitational in the 1990s and transitioned into a “cowboy-protecting” career, warmed up to what became his son’s lifelong passion.

“It is amazing,” Teaspoon told PBR in a 2021 post. “What father wouldn’t want to be with their child? He has been around it all my career since his mom entered him in the mutton busting. The boy wasn’t even walking all the way when he got started.”

“I try to ride loose and cool and have fun,” Allen said in 2018, according to a PBR. “My dad used to always say, ‘Forget the form and make the horn.’ Whatever I have to do, just make it. Most people want to stay structure-wise, but for me, if it works, it works.”

“I don’t understand and I don’t know how long it’s going to take me to understand,” Ezekiel told KSTU. “The guy that would give the shirt off his back to anybody, why would you take his life away?”

Allen was the father of 4-year-old daughter.

Justin Felisko, who wrote about Allen and Teaspoon Mitchell for that PBR post, responded to news of the alleged murder: “Absolutely hate to hear about this.”

“We are shocked and saddened to learn of the passing last night of Demetrius Allen, who fans best knew as Ouncie Mitchell, in Salt Lake City,” PBR CEO Sean Gleason said in a statement. “Ouncie was a talented cowboy and a familiar face on the Velocity Tour. He also competed – and won – in the Bill Pickett Invitational Rodeo, whose president Valeria Howard-Cunningham shares our grief. Ouncie got his name because he was born small. He grew up to compete with a huge heart. The PBR organization sincerely extends our own heartfelt condolences to Ouncie’s cousin Ezekiel Mitchell and the entire Mitchell family.”