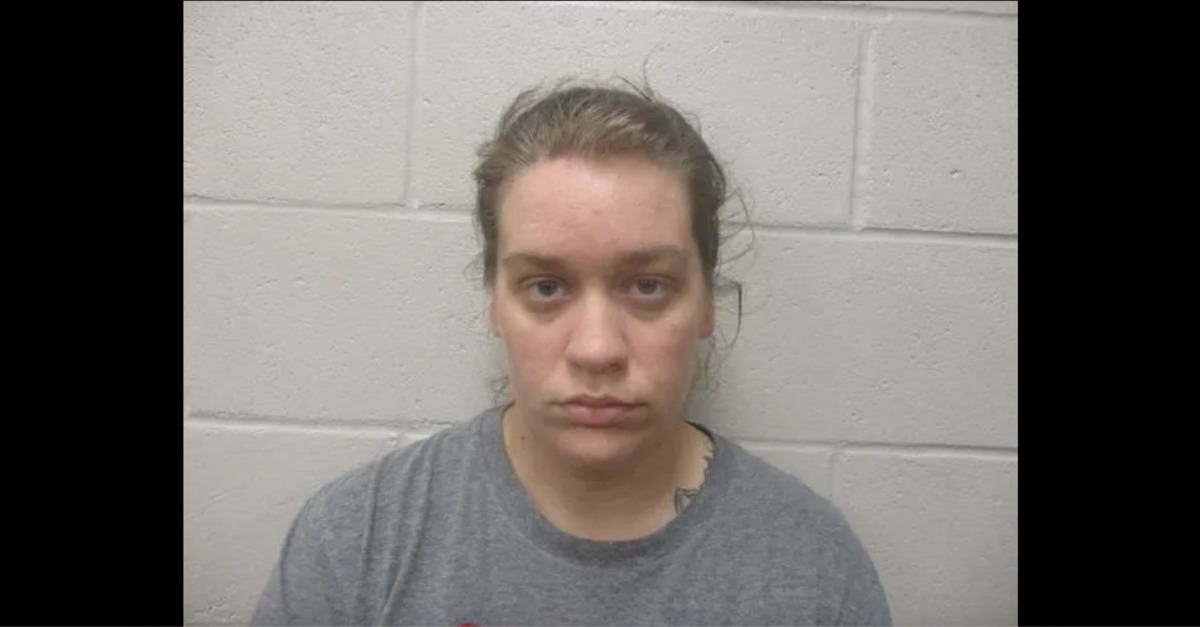 An Oklahoma woman entered a blind plea earlier this week and accepted the majority of legal culpability over the sexual abuse and exploitation of her 8-year-old daughter.

The allegations reportedly focused on comments made between the couple via Facebook Messenger, according to the Bartlesville Examiner-Enterprise.

According to documents obtained by the newspaper, two women allegedly came across and then reported those messages — which allegedly contained details about child sex acts and offers to engage in such acts — to police.

Officers arrived at a motel room rented out to the couple and allegedly found Ashley Burnett there with her daughter, along with cocaine and paraphernalia related to marijuana use.

Ashley Burnett initially told police the messages were “just plain talk” concerning a “sexual thing that they had fantasized about.”

According to the Bartlesville Police Department, their investigation led someone to disclose that Kendall Burnett had performed oral sex on the minor and that her mother was aware of the abuse.

A search of Ashley Burnett’s cellular phone later allegedly turned up nude photographs of the child and another Facebook Messenger conversation in which the mother requested photos “that they had already taken for sexual gratification,” police alleged.

“Without those two ladies and the Bartlesville Police Department, we wouldn’t have gotten this far,” Washington County Assistant District Attorney Will Drake said on Friday. “We always appreciate the public’s help in things like this, and the police are key in getting a successful prosecution. It seems like this case has gone on for a long time. It’s good we’ve gotten it this far. It’s good for all the people involved, including the victim and the victim’s family to get it resolved.”

In October, Kendall Burnett was reportedly found guilty during a jury trial on charges of child neglect, conspiracy, possession of drug paraphernalia, and jumping bail. He was initially charged with several child sexual abuse-related counts as well, but those charges were not brought to trial. He was sentenced to 29 years in prison.

During the summer of 2020, several angry protestors marched on the Washington County courthouse due to the prosecution’s decision to drop the more serious charges against Kendall Burnett and file lesser charges instead, according to Bartlesville Radio News.

Drake told the Examiner-Enterprise that Ashley Burnett’s sentencing hearing will likely include evidence and testimony from both the prosecution and the defense.

The defendant is currently slated to be sentenced on Jan. 19, 2022 before Associate District Judge Russell Vaclaw.

[image via the Washington County Jail]