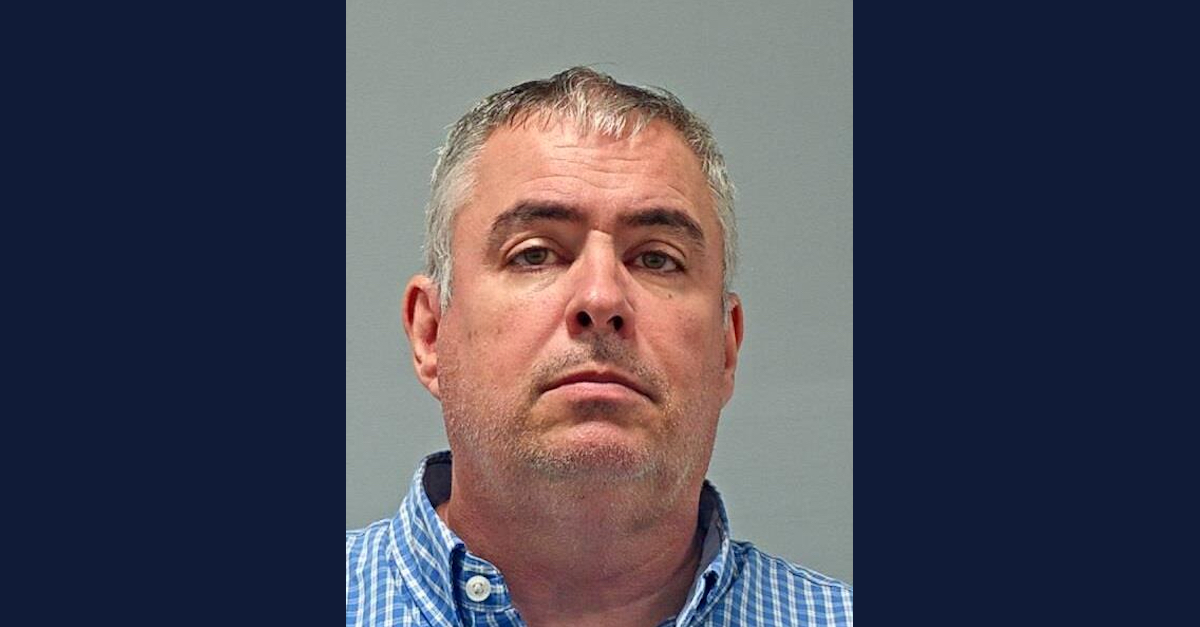 An Ohio man was arrested late last week in connection with child sexual abuse allegedly committed over several years in multiple locations. On Friday, he was indicted. And the charges are myriad.

Warren County Sheriff’s Office detectives say they were first alerted to the alleged abuse when a complaint was filed on Thursday, May 19, 2022 alleging the defendant raped a 14-year-old child at a KOA campground in Lebanon, Ohio on March 16, 2022. Investigators say they quickly ascertained two additional victims — both also under the age of 15, according to Cincinnati NBC affiliate WLWT.

Detectives with the WCSO looked for Reynolds for roughly two days before he was finally arrested across state lines on Saturday, May 21, 2022. Days later, he waived his right to battle an extradition request and was transferred out of Boone County, Ky. back to Mason, Ohio.

“So, at this time do you want us to schedule that hearing or do you wish to waive it?” Judge Jeffrey Smith asked the defendant.

Details regarding the allegations were recently revealed in court documents obtained by Cincinnati FOX affiliate WXIX.

In sum, Reynolds is now accused of sexually abusing four children over the course of several years. The latter TV station reports that one of those victims was allegedly first abused when he was eight years old. That abuse, the child reportedly told authorities, went on until earlier this year. All of the alleged victims are currently between the ages of 13 and 14.

The defendant also allegedly abused children at multiple locations in addition to the camping trailer on KOA grounds. One location was his home, according to the court documents cited by WXIX, while another incident is alleged to have occurred at a fitting room in the Liberty Center Mall.

Reynolds is additionally alleged to have abused some of the children at a YMCA in the area, one victim’s statement attests. There, the defendant is accused of taking a number of children swimming and then showering with them afterwards — telling the children to touch him.

During interviews with social workers, the court documents say the alleged child victims referred to Reynolds as “Uncle Ben.”

Documents obtained by WLWT suggest that at least two of the children are girls and at least one of them is a boy.

The children are cited there as saying Reynolds bought them gifts including jewelry, clothes, stuffed animals, toys, and candy.

Detectives with the WCSO said the defendant was previously affiliated with a local Boy Scouts of America troop in Mason.

A spokesperson for the local council which serves southern Ohio and northern Kentucky released a statement distancing itself from Reynolds and noting that no victims are believed to be scouts:

The actions alleged to have been committed by John Reynolds are reprehensible and opposed to everything for which the Boy Scouts of America (BSA) stands for. At this time, we are not aware of any Scouts’ involvement and understand from law enforcement that the victims are not members or affiliated with Scouting. The Dan Beard Council has and will continue to cooperate with the ongoing investigation by law enforcement. When we were advised of the investigation and his imminent arrest we took steps to preclude him from participation in Scouting. He was added to the BSA’s Volunteer Screening Database thus banning him from any future registration and participation with the BSA.

In a Thursday arraignment, the defendant’s attorney Edward Perry cast his client as a family man and a pillar of the community.

“He is married, judge,” the defense attorney said. “He’s been married for 29 years, and he’s got three grown children. He came to Warren County and made Warren County his home, and he’s been here ever since. He was married here. He purchased and bought a home in Mason, Ohio. Him, his wife and his family have been in that house in Mason for the last 22 years.”

Perry also noted that his client had long been employed as a software developer.

“He suspects that, because of his arrest, that job is no longer available to him,” the attorney said.

The defendant is next slated to appear in court on June 2, 2022.