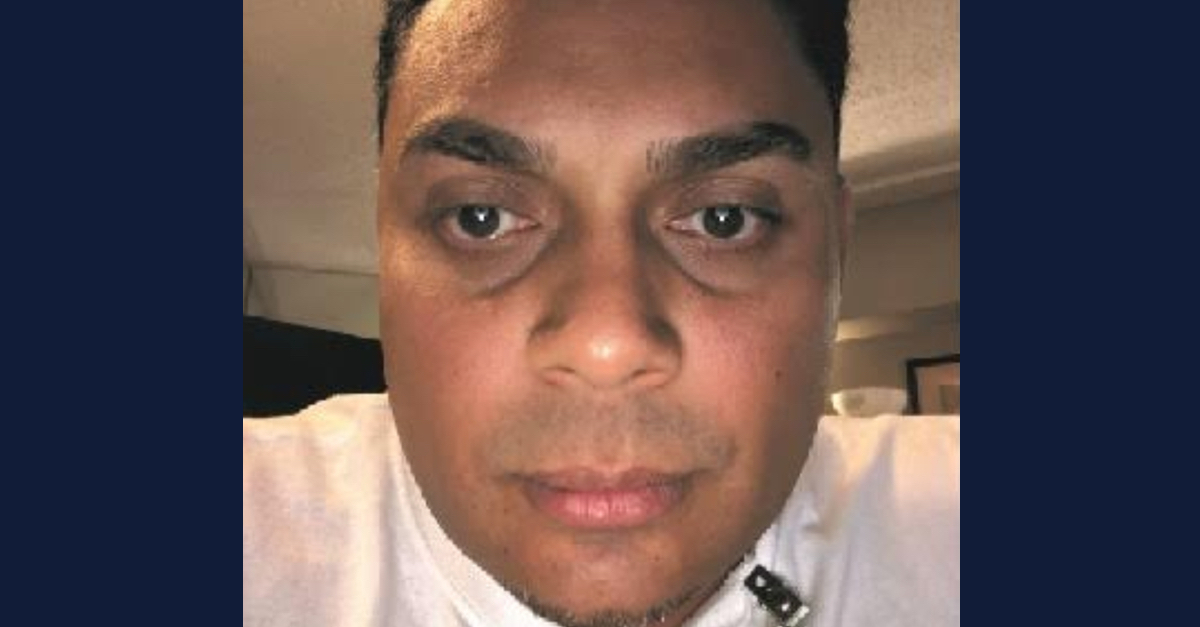 A man from the Jamaica neighborhood of New York City’s borough of Queens faces life in prison after being convicted on myriad child pornography and child sexual exploitation-related charges.

Davis Burgos-Collazo, 43, who went by at least four different versions of his own name spanning at least 26 different Instagram accounts, was found guilty in a federal court in Brooklyn on Wednesday, July 20, 2022. Prosecutors say he enticed at least some of his victims by falsely portraying himself as a modeling scout.

Jurors returned guilty verdicts on nine charges including five counts of attempted sexual exploitation of a child, two counts of distributing child pornography, one count of accessing child pornography with intent to view, and one count of committing a felony sexual offense involving minors while being a registered sex offender. Jurors returned not guilty verdicts on two additional charges of attempted sexual exploitation of a child, according to records reviewed by Law&Crime.

“Multiple of the Burgos-Collazo Instagram Accounts communicated with females under the age of 18 years old and, in some instances, sent child pornography to these minor victims,” a federal criminal complaint filed in October 2020 says. “Some of these victims have been identified and range from ages eight to thirteen.”

One 12-year-old victim came forward to law enforcement to report that one of the Burgos-Collazo-linked accounts had directly messaged and asked her “to show him her vagina.” She later communicated with that same account, she said, via video and phone calls. During some of those calls, the defendant masturbated while viewing images of children being sexually abused, the victim said, according to the complaint.

“[The 12-year-old] also stated that the user of the account sent her child pornography and indicated that he wanted to engage in the conduct depicted in those images and videos with [her],” the complaint goes on “[She] also reported that she showed the user of the Burgos-Collazo Instagram Accounts her breasts and buttocks.”

An 11-year-old victim is also cited in the court document saying that Burgos-Collazo requested nude photographs from her via Instagram. That victim later picked the defendant out of a photo array.

The complaint also contains graphic allegations from a 10-year-old victim who says she was approached for nude photographs by Burgos-Collazo, who then went on to share child sexual abuse material with her.

In one instance, Burgos-Collazo coerced one of his victims, a 10-year-old, into performing live sex acts via Instagram. After that, she pleaded with the defendant to leave her alone. Instead, he threatened to post a nude picture of her online where her friends would see it.

“Burgos’s conviction illustrates how vulnerable our children are to sexual predators,” FBI Assistant Director-in-Charge Michael Driscoll said in a press release. “The heartbreaking pleas from one of his victims to be left alone should shock parents and guardians.”

Investigators began looking into the accounts after receiving “numerous” tips from the National Center for Missing and Exploited Children that had been filed by the social media company itself regarding “multiple” accounts “uploading suspected child pornography and online enticement or blackmail,” federal authorities said in the complaint.

“The defendant, a registered sex offender who deviously portrayed himself as a modeling scout to lure victims, repeatedly victimized minors without regard for the profound harm he was causing them,” U.S. Attorney Breon Peace added. “With today’s verdict, he now faces the consequences necessary to protect the community from this serial predator. I urge parents and caregivers to remain vigilant about the importance of educating our children about the dangers of communicating online with strangers.”

In March 2006, the defendant was convicted of raping a 7-year-old and attempting to sexually assault two other children.

A sentencing date on his recent conviction has yet to be set.