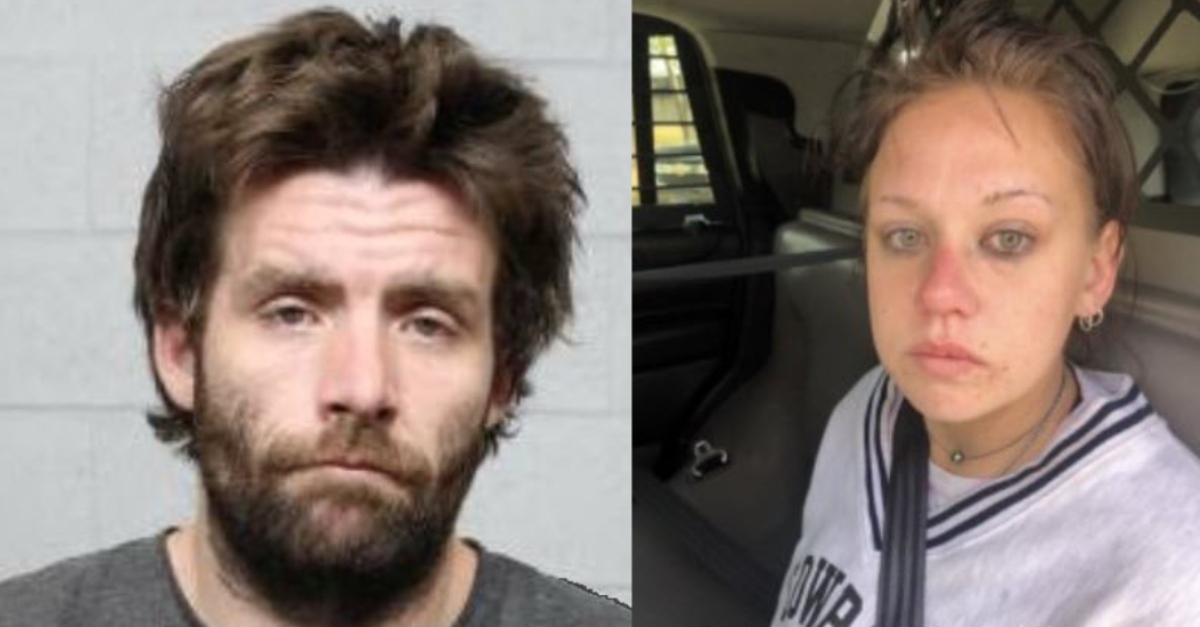 A woman’s murderers had sex on her bed as she died in another room, one of the killers allegedly told investigators. Nicholas Johnson, 28, and Brinlee Denison, 25, fatally beat Sarah Maguire, 29, to death with a crowbar, according to the Tulsa Police Department.

Cops said they were called out Tuesday around 4:43 p.m. to perform a welfare check on Maguire at her home near 28th W. Ave. and W. 39th St. They found her dead from what they described as blunt force trauma. Her car and other personal items were missing.

Authorities said they ultimately found Denison and Johnson in Fayetteville, Arkansas. The couple was sleeping in Maguire’s stolen vehicle at a Whataburger on College Avenue, according to KNWA.

Johnson made “a full confession of beating the victim about the head with a crowbar,” fleeing in Maguire’s car with Denison, and paying for the escape with her credit cards, authorities said. He allegedly said he and Denison had sex in Maguire’s bed after the murder, and that he could still hear the dying woman struggle in the living room.

Johnson allegedly told investigators in an interview Thursday that he and Denison were in “an intimate relationship,” and that Denison was also in a relationship with Maguire. He was jealous in this account.

He allegedly said Denison was there during the murder and helped plan the killing. Not only that, but in this account, Denison threw clothing worn during the act out of the car while they were fleeing, did most of the driving to Fayetteville, and transferred money from the dead woman’s bank account to an account set up by the fleeing duo, investigators said.