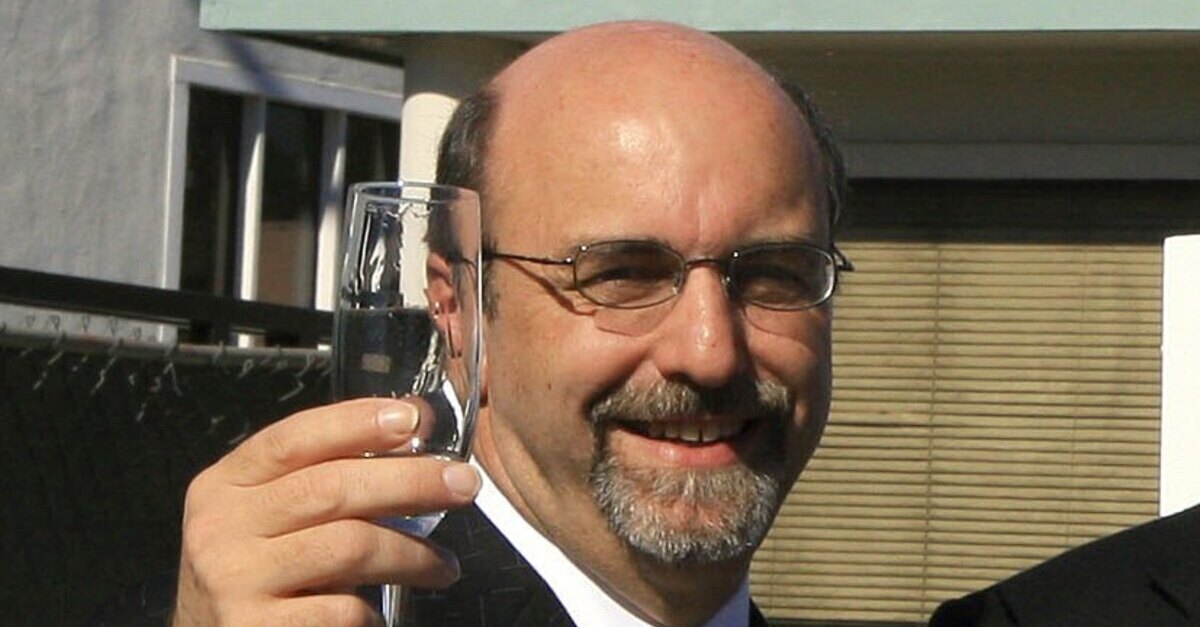 A prominent Los Angeles man was sentenced to eight years in state prison on Monday over three counts of child molestation.

Jeffrey Cooper, 70, was convicted by jurors in Los Angeles Superior Court in Van Nuys, Calif. in May of this year after a two-week-long trial. He was indicted on eight counts in 2018 including three counts of lewd and lascivious acts against a person 14 or younger and five counts of child molestation involving a person 10 or younger.

According to The Acorn, the 12-person jury was unable to reach a unanimous verdict on the counts involving the younger alleged victim. Superior Court Judge Alan Schneider declared a mistrial on those charges, according to the Los Angeles Times.

During trial, jurors heard evidence that Cooper attacked the first girl when she was just six years old by locking her in a dark basement-level music studio at his home in Calabasas, Calif. Authorities alleged the younger girl banged on the wall to no avail for more than hour and that her screams for help went unnoticed by others in the house.

The older accuser, who was around the age of 13 at the time, said she was alone in the suburban house with Cooper when he abused her.

The younger girl, now 16, was the first to level her accusations against the defendant. The older victim is now 28 years old.

Defense attorney Alan Jackson, who once represented Kevin Spacey in a sexual assault case, told jurors neither victim could identify specific times or dates during which the alleged abuses occurred, according to reporting by Acorn journalist Scott Steepleton.

Both alleged victims, however, did recount rough timelines.

The younger girl said she was first abused sometime in January 2012 through July 2016, according to the Times‘ Stacy Perman. The older girl said – relaying similar details to how the younger girl’s alleged abuse occurred – that Cooper first molested her while she was sitting on a couch in his music studio at the age of 12 or 13. She estimated that abuse occurred between November 2006 and November 2007.

Los Angeles County Deputy District Attorney Jessica Kronstadt reportedly told jurors the defendant collaborated with his wife, son, a friend, and a paid-off handyman in order to keep himself out of jail. The defense also pressed a collaboration angle, saying the families of the two victims conspired with one another to get their stories straight as part of “a money play.” He said his client was targeted by the families because of his “wealth, status and resources.”

The younger girl, Kronstadt said, now has trouble saying the word “vagina” because of what she allegedly endured. The older girl is an actor who took time off from a popular musical tour in order to testify against her since-convicted abuser, the Acorn reported earlier this year.

“They are still haunted by the memory of the abuse that this man inflicted upon them,” the prosecutor said.

According to contemporaneous prior coverage by The Acorn, allegations against Cooper were first leveled in early 2018. He was arrested in June of that year and quickly made bail after it was reduced to $5 million. After being convicted, the defendant was held without bail because the judge determined he was a flight risk.

“I’m no longer the little girl you took advantage of with no voice or power,” the 28-year-old said during a victim impact statement. “I stand before you now a woman with her voice and her power. You no longer hold that power. I do. You did not take away who I am.”

Cooper maintained his innocence throughout the proceedings and testified in his own defense during the trial, casting himself as a respected community leader, a father, and a husband whose professional work has been lauded across the industry.

“That never happened,” he replied, when his defense attorney questioned him about the allegations made by the two alleged victims. “Nothing remotely like that ever happened.”

The defendant is a prominent architect and acoustic engineer who has been involved in numerous Hollywood productions. He is a former member of the City of Calabasas Architectural Review Panel, and a member of the Academy of Motion Picture Arts and Science.  Cooper designed home studios for A-list directors including Francis Ford Coppola, George Lucas, Martin Scorsese and Steven Spielberg.

Cooper is also the co-founder of the synagogue, Calabasas Shul, which is named alongside him as a co-defendant in a separate civil lawsuit filed by the two girls and their families. According to the Acorn, the property of Calabas Shul is also the defendant’s home.

That lawsuit alleges Cooper “took advantage of his position of authority and trust as the president of the board of directors and founder of the Shul to engage in unlawful sexual abuse and other harmful misconduct,” according to the filing obtained by the Times.

Attorney David Ring, who represents the families in the civil suit, filed the complaint for “personal injuries and damages arising out of childhood sexual abuse” in Los Angeles Superior Court.

“The two victims and their families are relieved the criminal process is finally over, after four long and brutal years,” Ring said in comments reported by the larger, metro paper. “They can now pursue a civil case against Cooper and the Shul with the goal of holding all those responsible fully accountable in the civil courts.”

The lawsuit also contends the synagogue’s rabbi was eventually made aware of the abuse but that Cooper and the rabbi “attempted to cover up the abuse and prevent anyone from knowing about it.”

“Obviously the families are disappointed that the jury didn’t convict as to one victim, but they are very pleased to see the jury at least convicted as to the second victim,” Ring said in an earlier statement. “It was incredibly satisfying for them to see Cooper immediately remanded to prison for what he did. They’ve been put through nothing short of hell during the last four years of criminal proceedings.”

The defendant became a member of the Academy that hands out the Oscars in 2002. The organization, in a statement issued when Cooper’s trial began, said they would deal with the allegations “according to our Standards of Conduct and the due process requirements under California nonprofit corporation law.”