Mother of Two Was Shot and Killed in Attempted Carjacking on Mother’s Day, Deputies Say

A mother of two boys was shot and killed early Mother’s Day in a presumed attempted carjacking after returning home from dinner, deputies in Orange County, Florida say.

Roxana Sanchez had recently celebrated turning 36 years old, her sister Yahaira Viado said in a tearful press conference on Tuesday. Husband Douglas Mejia said they were about to reach 16 years of marriage in August. Sheriff John W. Mina called the shooting an act of “senseless violence.” Sanchez was returning with another person at about 12:30 a.m. on Sunday after a day of shopping, dinner, and just having a good time, said Sheriff’s Sgt. Joe Covelli.

Authorities played surveillance video for reporters. Covelli described this as showing the suspect vehicle following the victim vehicle into a subdivision. That’s the first segment of the clip below. The second segment, Covelli said, shows the suspects driving down a street parallel to the victims. The final part shows them making a U-turn. The shooting followed after, authorities said.

VIDEO: Suspect Vehicle. On May 8, Roxana Sanchez was arriving home after a night of shopping and a late dinner with a friend, and she was shot to death during an attempted carjacking. The suspect vehicle is believed to be a light-colored (white or silver) sedan. Call @CrimelineFL pic.twitter.com/PXN2pDi1y7

According to Covelli, the victim vehicle pulled into the driveway. The suspects went up behind them. Two Black males stepped out, approached the victims on both sides of the car, banged on the car, and told them to get out. The driver, in fear, put the car in reverse, striking the suspects’ car, not severely, but enough to leave a bit of scuff marks. One of the suspects opened fire, striking Roxana in the passenger side. Sanchez was taken to a hospital, where she succumbed to her injuries.

“She was gone way too soon, especially on a glorious day, on Sunday, Mother’s Day,” Mejia said.

Roxana’s sons had prepared Mother’s Day cards for her, but they would never get a chance to give these to her, Viado said.

A GoFundMe campaign to pay for Roxana’s hospital and funeral expenses raised more than $33,000 of a $20,000 goal as of Tuesday afternoon. 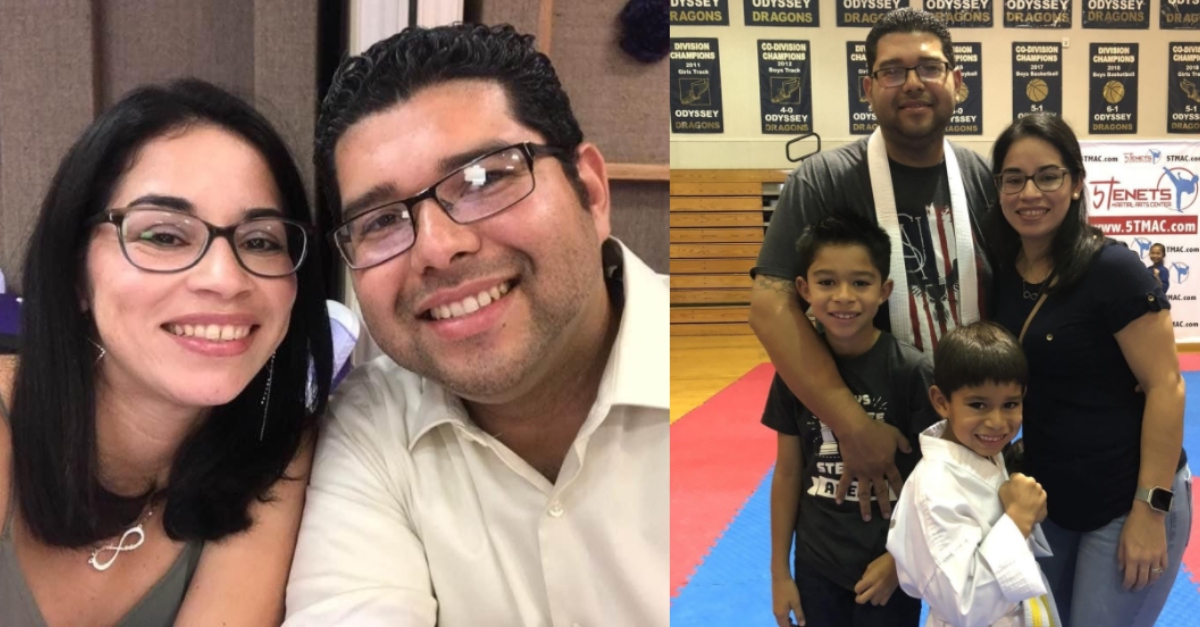 Roxana Sanchez with her husband Douglas Mejia, and their sons Edward and Antonio.

That leaves deputies with two suspects on the run, but little to go on. There were no facial descriptions, and the suspects were simply seen wearing short sleeve shirts, so their skin tones were visible, said Covelli. Deputies are also unclear on the make and model of the suspect vehicle, with Covelli only able to describe it as a light colored 4-door vehicle with a sunroof. He suggested it was silver, gray, or white.

NEW VIDEO: Suspect Vehicle (2nd car) On May 8, Roxana Sanchez was arriving home after a night out with a friend, when she was shot to death during an attempted carjacking. The suspect vehicle is believed to be a light (white/silver) sedan. Call @CrimelineFL 800-423-8477 pic.twitter.com/EABZ3tljes

Authorities and Roxana’s family called on the public to step forward with surveillance footage or information. Sheriff Mina said it did not matter how insignificant the information may seem. Investigators did not know where the suspects started following Sanchez’s vehicle, Covelli said, responding to reporter questions. There were no other carjackings in the area, he said. It is presumed to be a robbery and carjacking based on the suspects telling them to get out of the car. It’s unclear why this particular victim vehicle was targeted.

“Why them?” said Covelli. “That’s the million dollar question.”

Deputies ask that anyone with information call 911 (assuming you’re local), the sheriff’s office’s non-emergency number at (407) 836-HELP, or the Central Florida organization Crimeline.