Missouri Substitute Teacher Had Sex with Student at His Home While Parents Were Out: Police 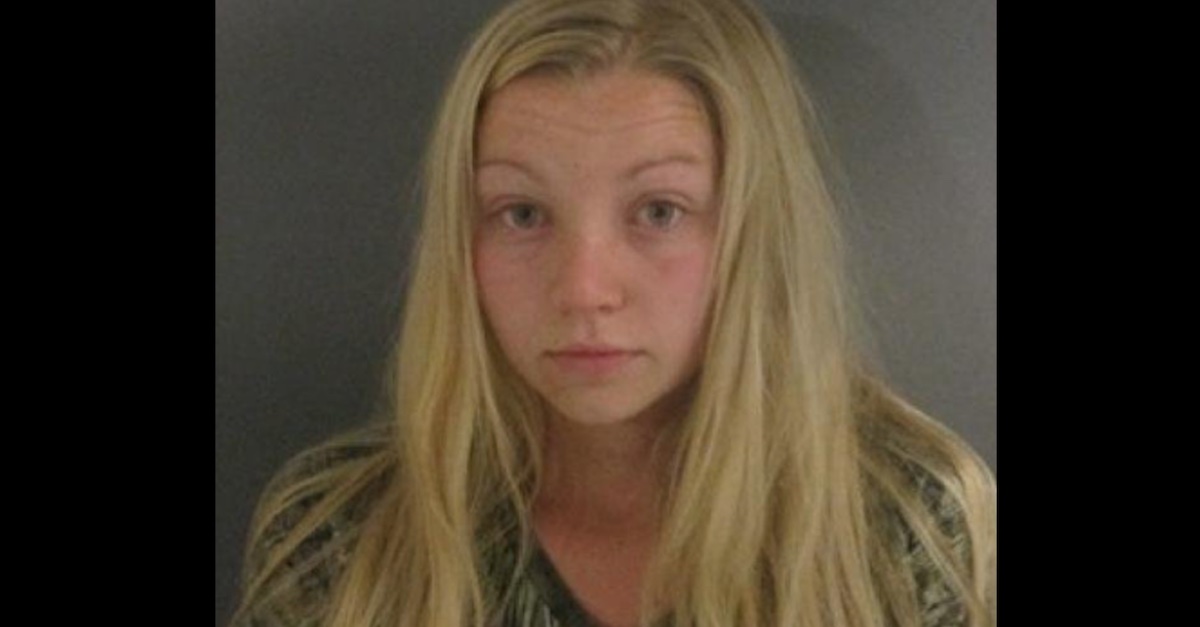 A 22-year-old substitute teacher is accused of sexual contact with a student who was in her classes. Police say that she went to the student’s home when his parents were out to have sex with him, sent him text messages, and later asked him to destroy his phone.

Jacey Bayne (Stahl) Collins, also known as Jacey Bayne Stahl, of Aldritch, Missouri was arrested on Dec. 9 after a joint investigation by the Jasper County and Barton County Sheriff’s Departments. She was a full-time substitute teacher with the Golden City School District. According to the Joplin Globe, the Golden City Schools are located in Barton County but have part of Jasper County in their district, including the home of the student with whom Stahl allegedly had the illegal relationship.

The student’s age and name are redacted on the court records and he is identified only by his initials.

The court set Collins’ bond at $10,000 when she was arrested. She posted the 10-percent cash a week later and was released with a restriction that she was prohibited from having contact with any of her former students or anyone under 18 years of age.

KOAM reported that court documents described investigators’ interview of the student, who said that Collins came to his home in February when his parents were not there and had sex with him. He told authorities that afterwards, Collins continued communicating with him via text messages and social media. Collins allegedly had another student ask him to destroy his cell phone, offering to buy him a new one to replace it. He did not destroy his phone.

Investigators with the Southwest Missouri Cyber Crimes Task Force examined the students’ phone and say they found Collins’ contact information and “multiple” messages, both via text and social media, between Collins and the male student. They attempted to reach Collins and conduct an interview with her but were apparently unsuccessful, and then sought the warrant for her arrest.

Accompanied by her attorney, Collins was arraigned on Wednesday in the Jasper County Circuit Court for one charge, sexual contact with a student, which under Missouri Rev. Stat. § 566.086 is a class E felony. The law bars all sexual contact between students and teachers, employees, volunteers, elected or appointed officials of their school, or third-party contractors providing services to their school, and consent from the student to the sexual contact is no defense.

Collins pled not guilty. Her next court appearance is scheduled for Feb. 9, 2022.