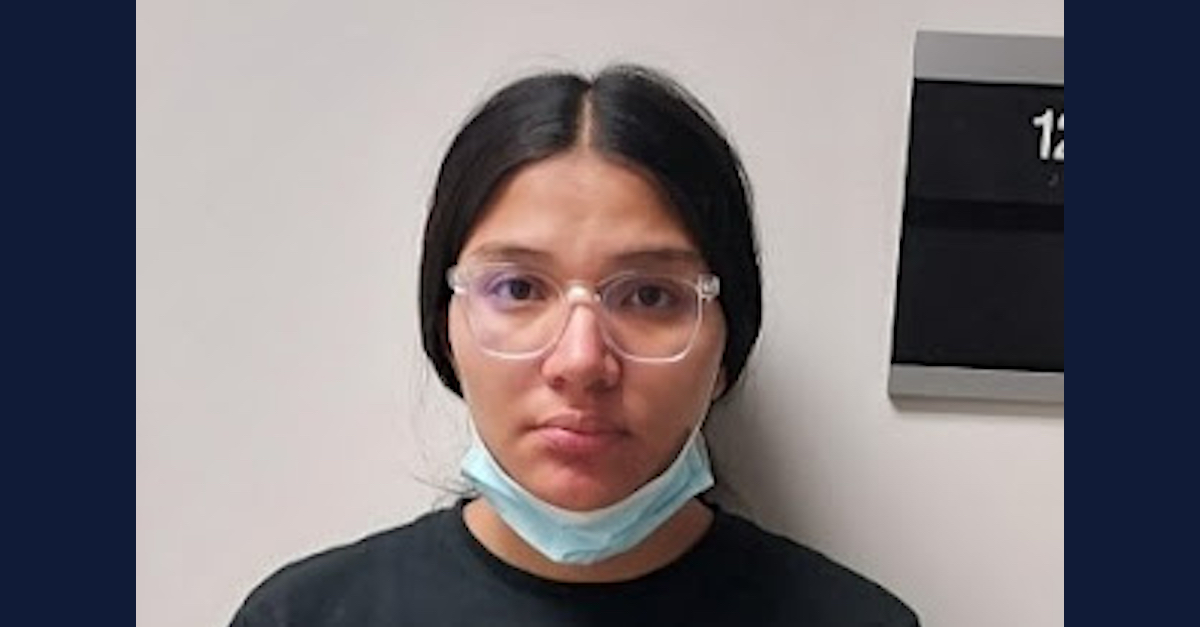 A Maryland woman was arrested upon her arrival from El Salvador in connection with the slaying of her then-boyfriend who died last year.

Norma Elizabeth Rivas-Villacorta, 23, stands accused of one count each of murder in the first degree and murder in the second degree over the May 22, 2021 shooting death of 20-year-old Kayshaun Daly.

The arrest was made at Washington Dulles International Airport on Sunday by U.S. Customs and Border Protection, which announced the defendant’s apprehension in a press release. She was later turned over to Metropolitan Washington Airports Authority Police.

The Prince George’s County Police Department announced the arrest via their own public information office as well.

The suspect wanted in connection with a 2021 domestic-related murder in Riverdale is in custody. The suspect is 23-year-old Norma Rivas-Villacorta of Riverdale. She’s charged with the fatal shooting of 20-year-old Kayshaun Daly of Riverdale.https://t.co/0oDL3G2JlU pic.twitter.com/oLyeQrK918

According to Baltimore Fox affiliate WBBF, FBI special agents and PGPD officers were also present when Rivas-Villacorta was arrested. She is currently being detained in Loudoun County, Va. as Prince George’s County officials are seeking to have her extradited.

The victim was discovered just before 1 p.m. on May 22, 2021 at a residence in Riverdale, Md. when PGPD officers responded to reports of a man who was unresponsive at a home in the area.

Arriving officers found Daly, who was not immediately identified in press reports, shot and unresponsive, according to Washington, D.C. CBS affiliate WUSA. He was later pronounced dead at the scene.

Following an investigation, PGPD detectives ascertained that the defendant and her alleged victim were in a romantic relationship at the time. Law enforcement obtained a warrant for Rivas-Villacorta’s arrest in September 2021. She is believed to have left the United States “in the days following” Daly’s death, the PGPD says.

While authorities believe Daly died from being shot, local media reports on the case have vacillated between describing his injuries as being caused by one or multiple gunshot wounds.

Details on the circumstances of the slaying are currently scarce. No motive for the alleged murder has currently been made public. At the time of, and in the days after, Daly’s death, investigators said they were working to establish the defendant’s motive.

According to the Daily Voice, an online journalism website serving Prince George’s County, law enforcement is still investigating why, exactly, Daly was shot and killed nearly a year ago. There appears to be little in the public record about the victim.

An obituary for the victim has two “condolence” messages posted online.

“If tears could build a side walk n memories were a lane I would walk right to heaven and bring you back again,” one of those messages says. “Rest well Kayshaun.”