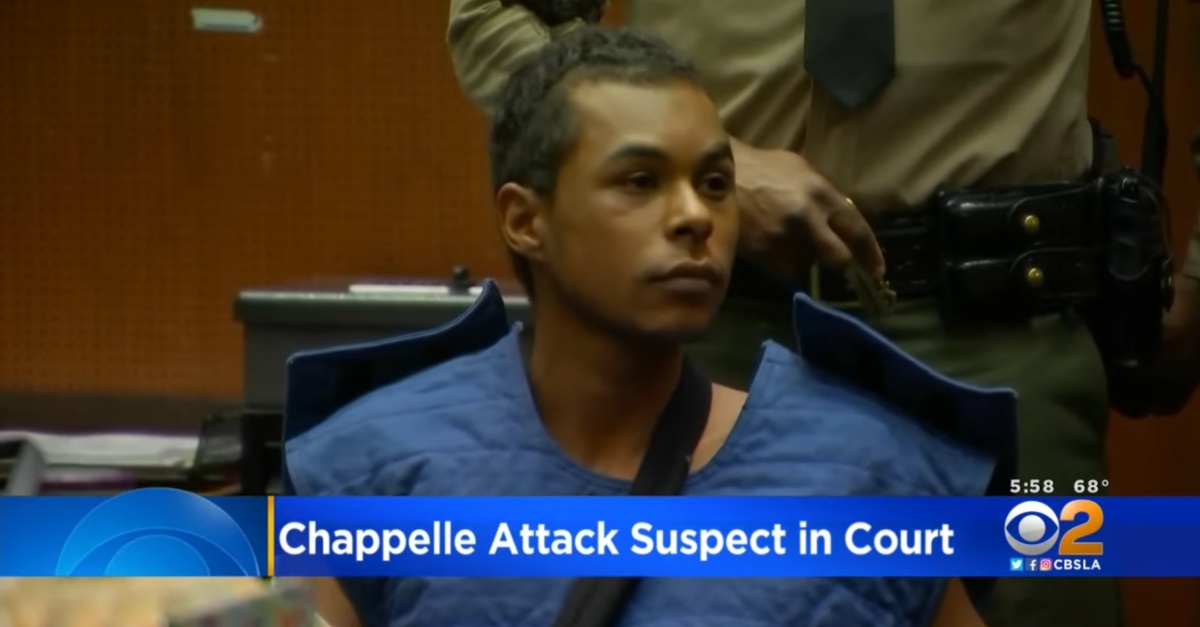 “The publicity generated by the attack on Mr. Chappelle helped police solve this crime,” the prosecutor said in a statement. “The incident that occurred at the Hollywood Bowl was misdemeanor conduct and rightfully referred to the City Attorney’s Office. Based on the nature and severity of the December attack, Mr. Lee is now facing felony charges which my office will prosecute.”

In this case, Lee allegedly stabbed his roommate at a transitional housing apartment on Dec. 2. The victim had reported the stabbing to cops, but it was the high-profile Chappelle incident that resulted in him identifying Lee as the culprit, prosecutors said.

Here’s how prosecutors phrased it: “As a result of media reports about the Chappelle case, the victim recently identified Lee as the person who committed the assault he had previously reported to police.”

Lee pleaded not guilty to the attempted murder charged on Thursday, prosecutors wrote. He is scheduled to return to court on June 2.

Clearly, the new case escalates the legal jeopardy for Lee, who only faced misdemeanor charges including battery and possessing a deadly weapon with intent to assault for tackling Chappelle during the comedian’s May 3 performance at The Hollywood Bowl. Los Angeles cops originally took him in for assault with a deadly weapon, which is a felony. They said that Lee pointed a “replica handgun” during the incident. It had a knife inside it.

An arrest has been made in an incident where a comedian was attacked while on stage at the Hollywood Bowl. Isaiah Lee was charged with Assault with a Deadly Weapon and bail is set at $30,000.

County prosecutors determined the incident was a misdemeanor case instead of a felony. Lee was not holding or using any weapons when he tackled Chappelle, and the knife was always folded, Gascón has said. The comedian did not get hurt. Lee certainly did, however.

“He’s back there getting stomped,” Chappelle told the audience at the time of the incident, later saying he had joined in on the stomping. The suspect, later identified by police as Lee, was seen getting pulled into an ambulance. He was clearly injured, with the elbow of his right arm pointing forward.

Lee in 2020 released a rap song named after Chappelle, though he did not appear to discuss the comedian in any clear way.

“Life with you n***as a joke,” he said in a representative lyric.

Prosecutors did not release information on the alleged motive in the new attempted murder case. Beyond saying that the roommate has now identified Lee, they did not elaborate on the length of time between the Dec. 2 incident and the new charge.

“The case remains under investigation by the Los Angeles Police Department,” the district attorney’s office wrote.

A spokesperson did not immediately respond to a Law&Crime request for more information.