Cops are seeking a man they say used a machete to attack a woman at a restaurant. They did not release a name. The incident happened early Thursday morning at the Waffle House on Seabreeze Boulevard in Daytona Beach, Florida, authorities said in a WESH report.

Local police released footage above. They say it depicts the unknown man making his way into the restaurant. According to officers, video shows him and the woman speaking to each other in a booth. He got up, mingled with other customers, and then returned to the same booths before he pulled out a machete from his pants and started to hit the woman, police said.

A witness told cops about hearing her screaming and the man “slicing the victim with a machete,” according to the incident report obtained by WESH. The unknown man then left the restaurant, stepped into a red SUV, and left the scene. The woman survived. She told cops she did not know this individual, according to officials.

Officers did not suggest an alleged motive for the assault. 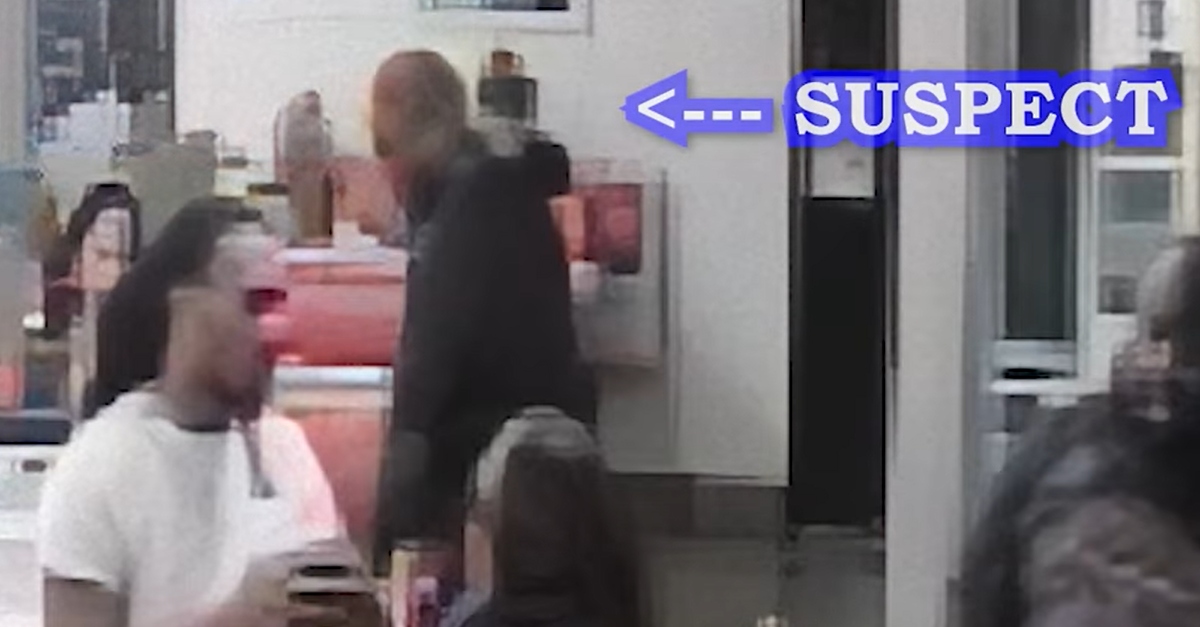 Police single out a man in surveillance footage, saying he’s the suspect in a machete attack at a Waffle House.

Cops are now seeking the public’s help in identifying and finding the man. From Daytona Beach police:

We’re looking for a man who attacked a woman earlier this week at a restaurant on Seabreeze Boulevard. He’s shown in this video. If you know who he is, please contact Detective Bryan Quinones at (386) 671-5251 or [email protected] regarding Case 220003164.