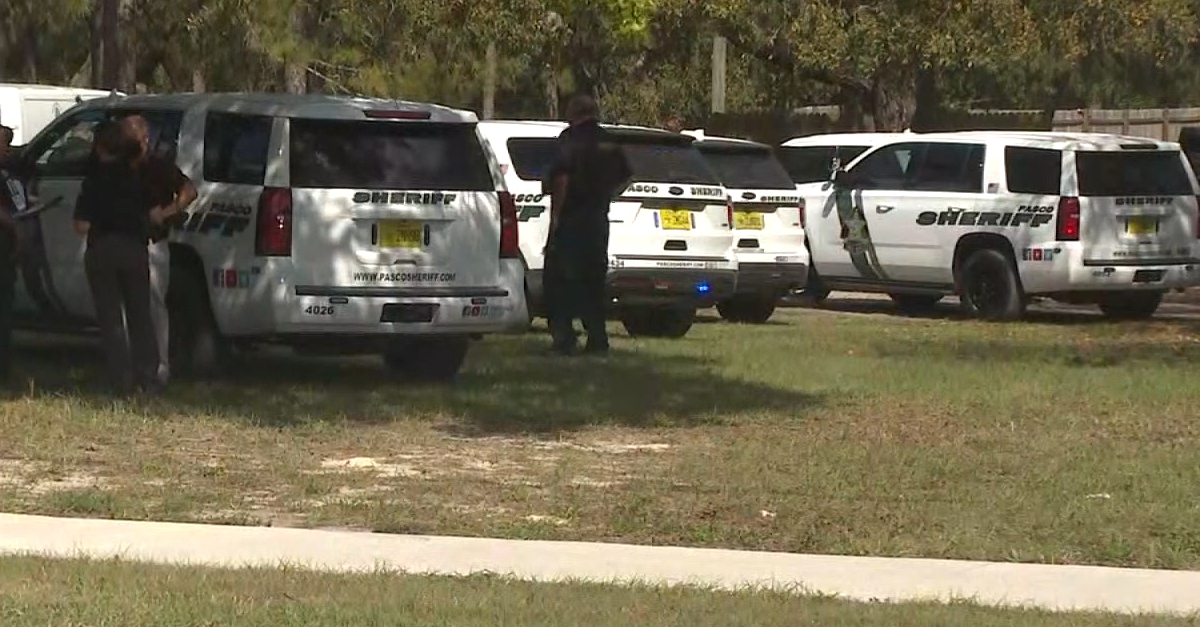 A man stabbed a woman in a hostage situation “like a horror movie,” but deputies shot him to prevent anymore harm, Pasco County Sheriff Chris Nocco said in a press conference on Saturday. Authorities did not initially name the suspect, nor even say if he survived. They identified him on Sunday as Russell Lindemeyer, 49, and announced that he died, according to The Tampa Bay Times.

Nocco told reporters Saturday that deputies were called to the home at about 1:20 p.m. The sheriff described this as a dilapidated structure, which was surrounded by tents were transient people stayed.

Two deputies arrived at the scene, the sheriff’s office said. Nocco described the interior as very tight, with debris that authorities had to step over. They found a man holding a knife. A woman, who had been stabbed, was on a bed to his left. Nocco said there was so much blood it was “like a horror movie.”

In the sheriff’s account, a deputy gave the order to drop the knife. The suspect did not do so. He instead came back with the knife in hand, screaming, and making a motion toward the woman, according to Nocco.

The office said both deputies opened fire in order to protect the woman. Authorities said she had been stabbed more than 15 times. Before being taken to the hospital, she told investigators the man had been holding her hostage all day.

Nocco was mum about many of the details in this case. He said that the Florida Department of Law Enforcement was in charge of the investigation because it was a deputy-involved shooting. Before the identification of Lindemeyer, he said that the suspect faced a previous domestic battery charge. The sheriff did not describe how the man and woman knew one another, only saying they had a “close intimate relationship.”