Man Shot His Boyfriend in the Face in Florida Hotel Room: Police 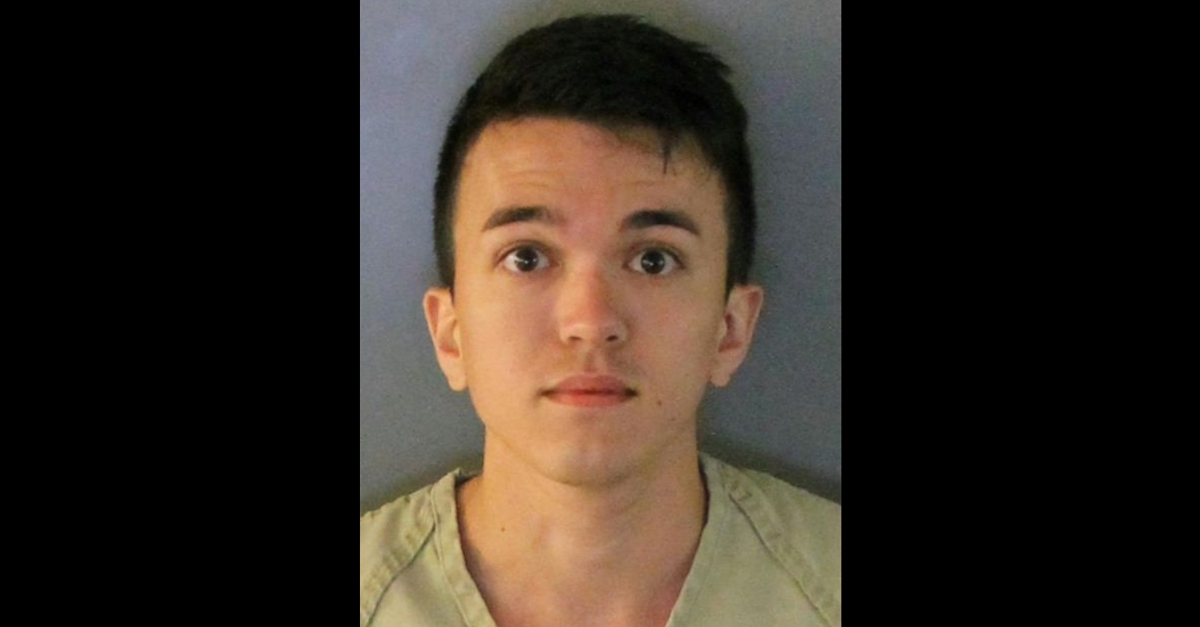 A man is accused of shooting and killing his boyfriend in a hotel room. Surveillance footage captured Brennan Lee Wakey, 25, early Thursday morning leaving the Hyatt Place Hotel building in Sarasota, Florida, through an exit door away from the elevator and lobby, according to the probable cause affidavit obtained by Law&Crime.

“Wakey was walking at fast pace while pulling black duffle bag on wheels,” officers said. “Wakey had a handgun tucked into his rear waistband.”

That was at 3:02 a.m., cops said. Hours later at 12:15 p.m., housekeeping staff found the deceased victim on his left side in room 319 near the bathroom, police said. He sustained a gunshot wound to what police described as the “face/mouth area.”

Police did not identify him in an online statement, citing Marsy’s Law.

Investigators said they found two .45 caliber spent shell casings, and two .45 caliber live rounds on the floor near his body. They found the man’s Illinois driver’s license, what they described as a lot of money, the room key card, and his keys to a rental car.

CASE UPDATE: Brennan Wakey, 25, of Port Charlotte, has been arrested and is facing charges of Murder in connection to the death of a man that happened at 950 University Parkway, Sarasota, on Thursday, December 9, 2021. Additional details can be found at https://t.co/OTQovxpGkj https://t.co/UAUBk5bmmm

Surveillance footage showed the victim and an unknown man entering the hotel lobby at 10:13 p.m. on Wednesday, where he rented room 319, police said. The victim did not enter at the time, however. A video from a McDonald’s drive-thru showed him at 10:47 p.m., police said. At 2:32 a.m. on Thursday, hotel surveillance recorded the victim, Wakey, and the unknown man leaving the rental car in the hotel parking lot, cops said. The victim’s room key card was used to access room 319 three minutes later. To be clear, this was less than a half-hour before Wakey allegedly left the building with the duffle bag and gun.

Charlotte County sheriff’s deputies later pulled over Wakey, cops said. Detectives interviewed him after his got his Miranda rights read to him, and though he admitted to knowing the victim, he invoked his Miranda rights when investigators asked him when he last saw the man, police said.

Wakey remains at the Charlotte County Jail on an out of county warrant, records show. He faces a count of first-degree murder. He has no attorney of record.