Man Fatally Stabbed His Daughter When She Tried to Break Up Fight Between Him and Her Boyfriend: Police 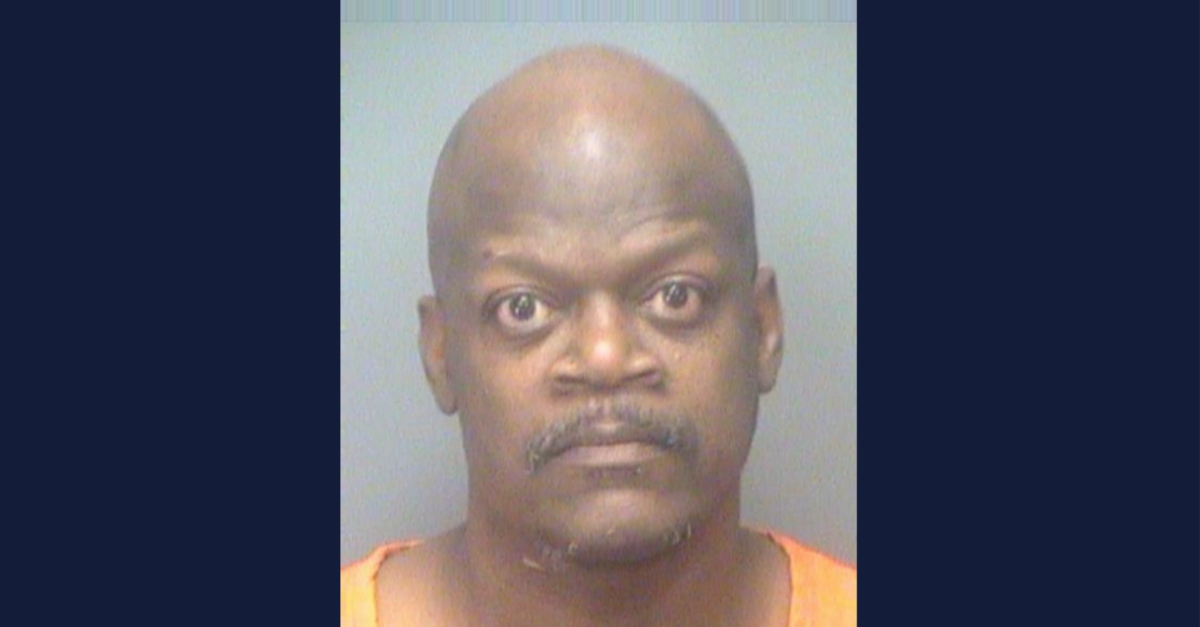 A man fatally stabbed his daughter when she attempted to break up a fight between him and her boyfriend, according to cops in Clearwater, Florida. In a jailhouse interview, Laurence Randell Green, 51, insisted to WFTS he did not mean to hurt Sidney Green, 22.

According to cops, Sidney Green jumped between the men to break up the fight, but her father fatally stabbed her, though it was “without intent to murder.”

“ON THE ABOVE DATE/TIME [approximately 7:06 p.m. on Sunday], THE DEF WAS INVOLVED IN A PHYSICAL ALTERCATION WITH HIS DAUGHTER’S BOYFRIEND,” police wrote. “THE VICTIM, WHO IS THE DEF’S DAUGHTER ATTEMPTED TO INTERVENE IN THE PHYSICAL ALTERCATION AT WHICH TIME THE DEF HAD A KITCHEN KNIFE IN HIS HAND.”

Defendant Green was trying to stab the boyfriend, but Sidney jumped in between them, and he stabbed her instead, officers said.

“THE VICTIM WAS TRANSPORTED  TO MORTON PLANT HOSPITAL WHERE SHE WAS PRONOUNCED DECEASED,” police wrote.

According to officials, defendant Green made a written statement, in which he admitted to getting a knife from the kitchen.

“THE DEF STATED HIS DAUGTHER’S BOYFRIEND, HAD BEGAN PUNCHING HIM IN THE HEAD WHEN THE DEF ATTEMPTED TO ‘STICK’ HIM TO GET THE DAUGHTER’S BOYFRIEND OFF HIM,” police said. “THE DEF STATED AT THIS TIME, HIS DAUGHTER GOT IN THE WAY WHEN SHE WAS STABBED.”

In his jailhouse interview with WFTS, Laurence Green said he returned to the Bay Cove apartments Monday evening to get some clothes. He discovered his daughter’s boyfriend inside. He described his daughter and the boyfriend having an on-again, off-again relationship going back years.

Laurence Green reportedly stabbed Sidney Green in the stomach. The 22-year-old died at the hospital. Her father was acting in self-defense under preliminary reports, Clearwater Police Major Natalia Illich-Hailey told the outlet.

“He at the time was defending himself from the boyfriend because he was being hit in the head by the boyfriend,” Illich-Hailey said. “He intended to stab the boyfriend to get him off of him and that is when his daughter intervened between the two of them.”

Sidney’s mother Misty Green traveled from Illinois after hearing about the stabbing, according to WTVT.

“I don’t think that’s really hit us,” she said. “It’s never going to be the same because pieces of my heart are missing and they can never be put back. So it’s just trying to be there for everyone and that’s what family does.”

She voiced doubt that Laurence Green would kill their child on purpose.

“I know my ex-husband,” Misty Green said. “Yes, he can be difficult at times, but it’s hard for me to think that he would intentionally kill our child.”

She recalled the last time she spoke to her daughter.

“The first thing that she would do when she would call would be [to say], ‘Hello, beautiful,'” Misty Green said. “That’s something that I’m never going to get to hear again. I talked to her at 10:59 that morning on Mother’s Day and that’s the phone call that I got was, ‘Well, hello, beautiful! Happy Mother’s Day!’ And that’s the last call and the last time that I got to hear her.”

Laurence Green remains at the Pinellas County Jail in lieu of a $20,000 as of Wednesday.