Man Blew Himself Up on Daughter’s Wedding Day, Cops Say 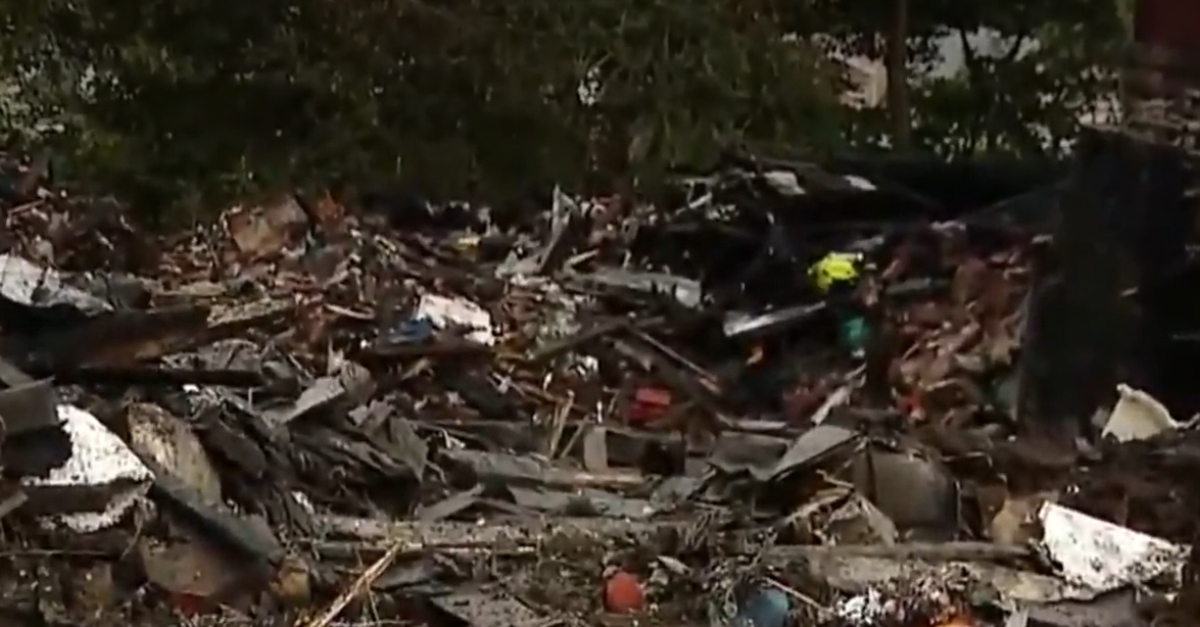 Police announced a stunning allegation behind the explosion that rocked a neighborhood in Edgewood, New Jersey on Saturday. A homeowner apparently blew up his house on the day of his daughter’s wedding, officers said according to KDKA.

“It looks like he disconnected the gas line in the basement of the house,” said Edgewood Police Chief Robert Payne. “And of course, it wouldn’t take much of a spark to explode the house.”

Officers said there were apparent suicide notes in the man’s car. Investigators said they found his body in the remnants of the home, and that the fire was suspicious.

Neighbors say they heard a loud explosion, shaking their homes before this house was completely leveled. Neighboring home also caught on fire. At this time, we don’t know if anyone was inside @WPXI pic.twitter.com/tTrL2Htj9L

BREAKING: County Homicide is on their way to house explosion. Police say they’re very concerned about calls they’ve gotten here before and male homeowner is unaccounted for. Daughter was set to get married at 4pm. @WPXI

Cops said they had been called to the residence before for a domestic matter connected to mental health.

Police Chief says they believe the homeowner intentionally caused the explosion right before his daughter’s wedding.

Neighbor Rochelle Levine said the explosion sounded like “a bomb.” A source reportedly told the outlet that a bomb squad was called to the scene Saturday night, and locals were evacuated.

A police officer may had sustained a broken wrist amid the investigation, said cops.