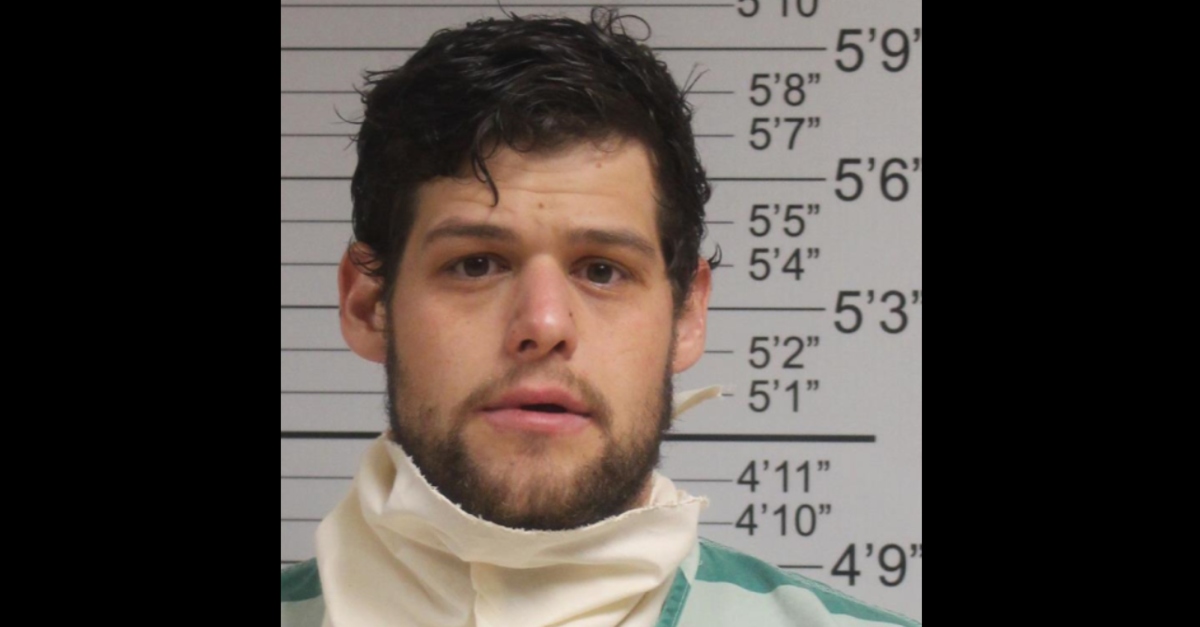 A man in Pennsylvania is accused of trying to light a 4-year-old boy on fire, then attacking a man at the scene. Josiah James C. McIntosh, 27, faces charges of aggravated assault, aggravated assault of a person less than 6, simple assault, simple assault of a person under 12, arson, endangering the welfare of children, terroristic threats, and recklessly endangering another person, according to The Tribune-Democrat.

#ICYMI: A Johnstown man is facing a slew of charges for attempting to light a four-year-old child on fire and “burn the demon out of him,” police sayhttps://t.co/6JnxHN3Vi1 pic.twitter.com/ZLJJnHyiOE

The bystander arrived at a home in Johnstown, police said. At the scene was the defendant’s 4-year-old son, and an odor of gasoline.

“If we can’t get out the demon, I’ll burn it out of him,” McIntosh allegedly said. According to cops, he splashed gasoline on the boy, and said something about setting him on fire.

The bystander tried to kick McIntosh out of the residence, but the defendant allegedly punched him in the jaw and hit him on the head using a brick. This incapacitated the man for a period, officers said.

Officers claim they found McIntosh with a disposable lighter, and smelling of gasoline.

McIntosh was locked up Wednesday at Cambria County Prison on $75,000 bail, according to ABC News 4. He is scheduled for a preliminary hearing to take place May 27. A defense lawyer in the case did not immediately respond to a WPXI request for comment.