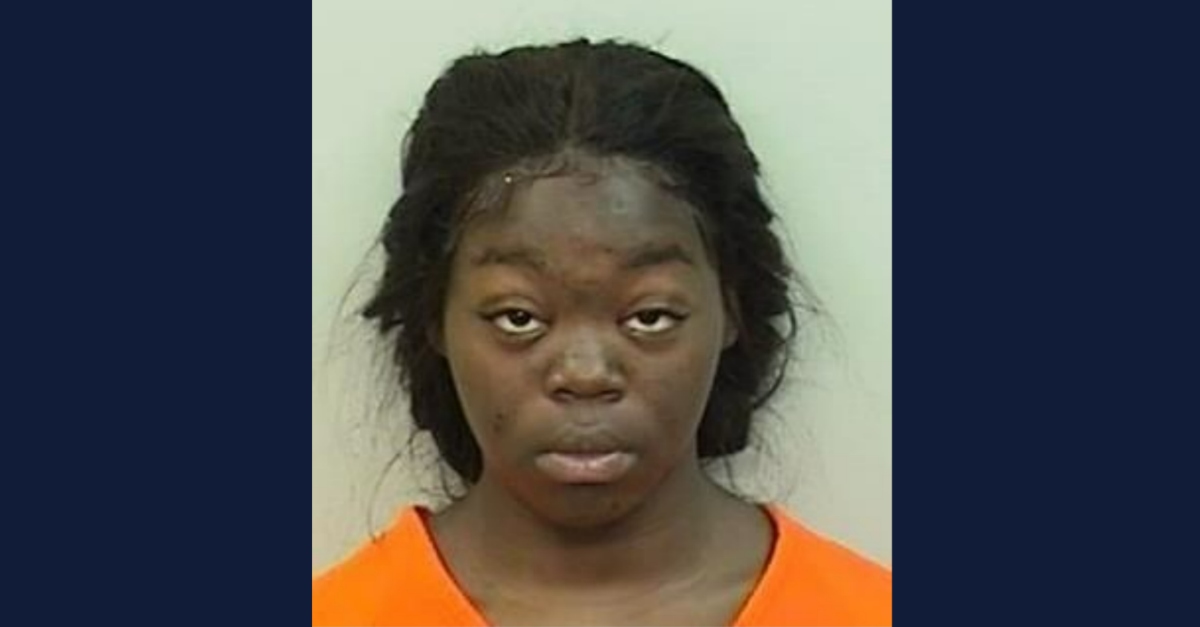 A Louisiana mother is accused of leaving her 6-month-old daughter in an SUV for hours.

The child, Carissa Lewis, succumbed to a heat-related death, according to a preliminary determination reported by KPLC. Her mother Ivy L. Lee, 22, was arrested on a second-degree murder charge in the baby’s death.

The Calcasieu Parish Sheriff’s Office said the mother on Sunday flagged down an off-duty deputy in the area of Enterprise Boulevard and Broad Street in the city of Lake Charles, which is in the southwest part of the state.

“Lee advised the deputy her 6 month old child was not breathing,” authorities said. “Another CPSO deputy, who was patrolling in the area, was also flagged down.  Deputies immediately began performing life saving measures on the child and she was transported to a local hospital, where she was later pronounced dead.”

The suspect allegedly said at first that the girl was not in her care, but eventually told detectives she drove to her workplace on Gerstner Memorial Drive. Lee allegedly said she left her daughter in the small SUV for about five hours.

“Ultimately she stated that she left the child in her car while she went to work from 10:30 a.m. to 3:30 p.m.,” Chief Deputy Gary “Stitch” Guillory said, according to KPLC.

Authorities reportedly said she drove around five minutes before flagging down the first deputy.

“She stated that she initially left the car running, but a coworker later told her the car was later running, and she turned her vehicle off,” Guillory said.

Deputies said they also found marijuana in the vehicle.

“After further investigation Lee was arrested and booked into the Calcasieu Correctional Center and charged with 2nd degree murder; and possession of marijuana,” deputies said. “Judge Tony Fazzio set her bond at $1,204,000.”

This is not the first time Lee was charged with leaving a child in a vehicle. She pleaded guilty to criminal mischief for a hot car incident in 2019, though the child — then 2 months old — survived, according to KPLC.

“An officer had passed at the time and seen she was in the car and that my sister was smoking in the park,” her sister Ashley Lee, who now has custody of the surviving child, said.

“Yes, DCFS was involved in the case,” Chief Deputy Guillory said of the 2019 hot car incident, according to WSFA. “They were called out, but during the course of the investigation, the mother voluntarily gave us that baby before the state had to get involved.”

“It was just like heart ripping, like how do you explain this to her sister, how do you comfort family,” Ashley Lee reportedly said of the new case. “Then on top of that with it being my sister, it’s been a lot.”

She described the family’s relationship with Lee as strained. They tried to help her with Carissa, encouraging the mother to finish classes with the Department of Children and Family Services.

Lewis’ father said he was unaware of this criminal case regarding defendant Lee’s other child, according to WSFA. He said he shared custody of Lewis with the mother. He called Carissa his “mini-me.”