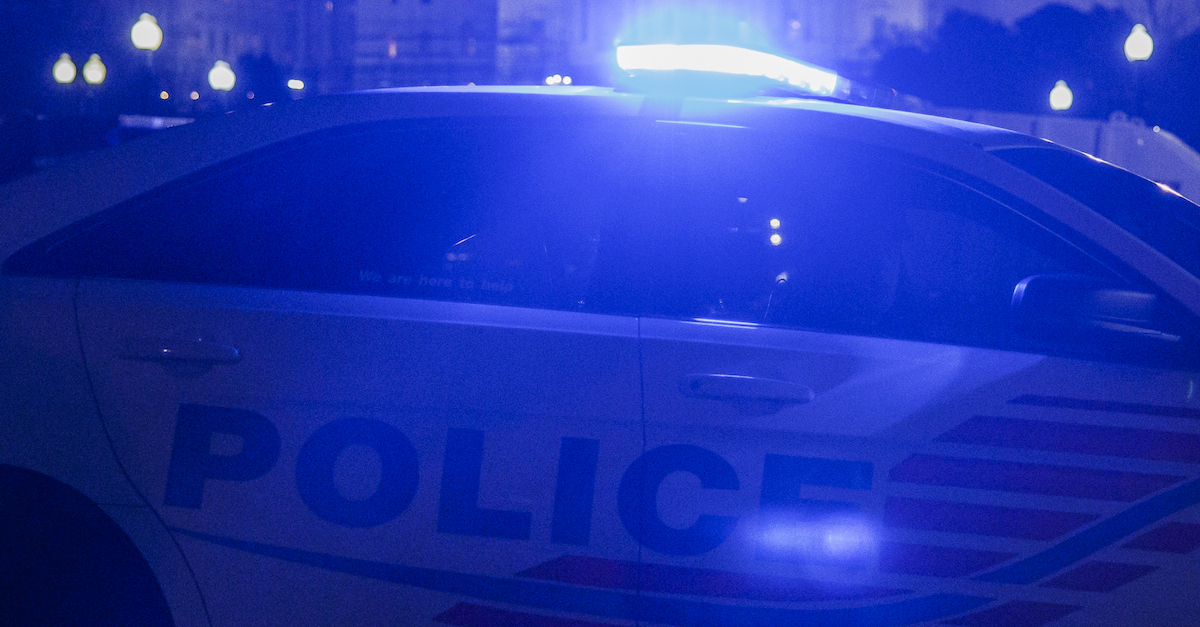 A now-18-year-old woman is charged with two counts of first-degree murder for allegedly stabbing and killing her newborn infant in Weld County, Colorado.  The counts allege different legal theories by which prosecutors hope reach a conviction; there is only one victim.

The defendant, Leiyla Marrissa Cepeda, is from Texas, the Weld County District Attorney’s office said.  She was arrested on Friday, according to a press release.

Cepeda was 17 when she gave birth to a newborn in Colorado on Wednesday, June 8, the DA’s office indicated.  Cepeda has since turned 18 and is charged as an adult, according to court papers.  She was, as of Friday, in custody at a local hospital, and no court date has been set for her to appear before a judge.  The defendant’s name does not yet appear in multiple jail databases as of Saturday.

The case unfolded when authorities were called on Wednesday to a report of a “deceased female infant that was found” in a home in Nunn, Colorado, a tiny city of a little more than 400 people about 20 minutes south of the Wyoming border and about an hour and a half north of downtown Denver.

“The infant had what appeared to be stab wounds to her body,” the DA’s office said.

According to a police affidavit released by the DA’s office, the stab wounds were to the infant’s torso.

Cepeda initially “told responding medical personnel she wasn’t feeling well and had not informed her family she was pregnant,” the affidavit indicates.  Cepeda said the baby was not breathing when it was born and that “she had used a small pair of scissors to cut the umbilical cord,” the document continues.  Cepeda then allegedly said she went upstairs to take a shower.

The affidavit continues by explaining what the police did next:

After collecting the scissors as evidence, the officers investigated further:

Officer Balltrip noticed there was a large amount of blood on the floor, walls, curtains and towels in the room.  Underneath the bed officers located women’s underwear, napkins and leggings that appeared to containing [sic] an unknown liquid.

The affidavit says a woman in the home named Sylvia Segura said she was the one who called 911 and cleaned up some of the bloody scene.

Balltrip, the officer, took evidence photos of the alleged victim “showing the suspected stab wounds to the chest and torso,” the affidavit states.

The coroner’s office took custody of the victim’s body, a bloody towel, and part of the infant’s umbilical cord, the affidavit indicates.

Rosalinda Ledesma (the defendant’s mother), Joseph Segura, Sylvia Segura, Felicia Segura, and K.C. Bartholomew were said by the authorities to have been in the house when the defendant gave birth in the early morning hours.

A warrant was obtained, and the home in Nunn was later searched.  The affidavit is not entirely clear about the fruits of that effort.

The defendant turned 18 just two days after giving birth to the now-dead infant, the document indicates.  She was taken to a hospital directly from the scene.  Police later wrote in the affidavit that the defendant was on pain medication via a “pain pump” in the hospital and had suffered “unexpected bleeding.”  The defendant reportedly needed blood transfusions and a “medical procedure” to “stop the bleeding,” a nurse told the police, according to the affidavit. 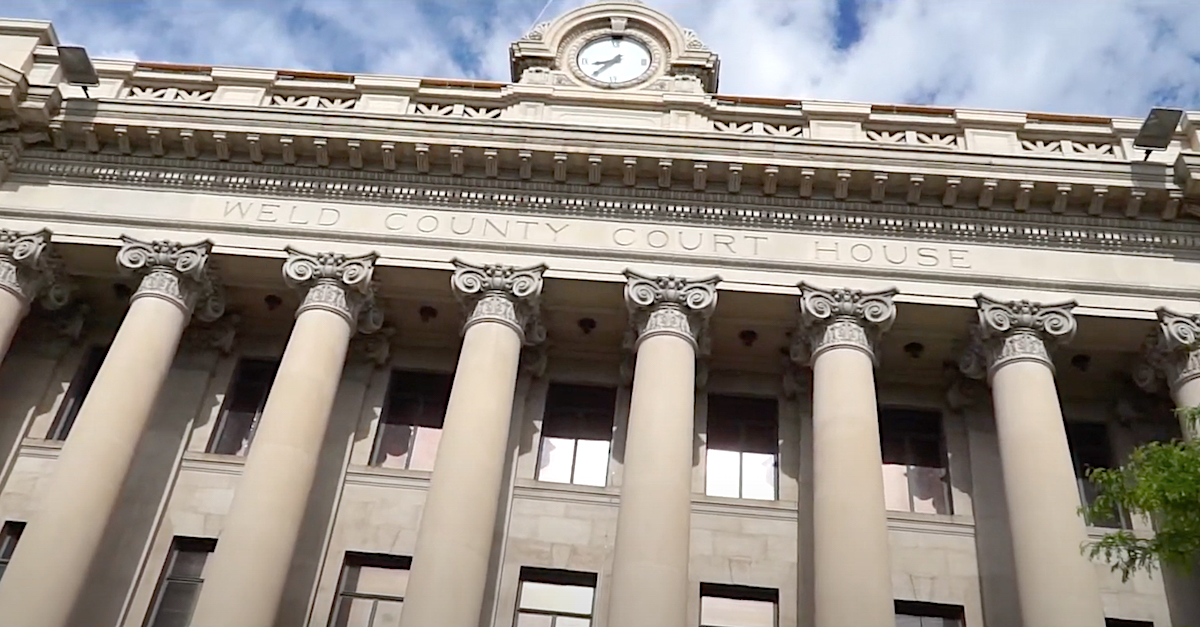 The police then asked Ledesma to speak with them privately.  The affidavit says she described what happened with her daughter as “the type of stuff you see in the movies.”  The mother said that she didn’t know her daughter was pregnant and that her daughter was “beating herself up” for not trusting her mother enough to convey that information.

According to the affidavit, Ledesma said the day began with a shopping trip.  She said her daughter started experiencing back pain and menstrual cramps, didn’t eat, and became tired while walking, but she didn’t suspect pregnancy because of her daughter’s frequent “weight fluctuates.”  She also said her daughter “had COVID” at one point.

On the way home, Ledesma said she asked her daughter bluntly if she was pregnant.  When her daughter answered in the negative, Ledesma allegedly told her daughter that she was starting to “look like a pregnant woman in labor.”

When the family returned home, the defendant allegedly locked herself in a downstairs room.  Ledesma asked the defendant to open the door; inside, the defendant was “laying on the floor” amid pillows because she said her “back was hurting,” the affidavit says.

Ledesma told her daughter not to lock the door again in case there was an emergency, according to the police.

Ledesma told the police she went to bed at 1:00 a.m. without hearing a sound, the affidavit claims.

At 2:30 a.m. Ledesma said Joseph Segura woke up and found a trail of blood leading into a bathroom.  Cepeda, the defendant, was inside, the police were told.

Relatives began to suspect that Cepeda had birthed a baby; Ledesma allegedly told the police that her sister saw a “little knee, leg bent” around this time — thus confirming the suspicions.  The family then decided to call 911.  The family, apparently increasingly terrified, also went to check the baby; Ledesma described it to the police as “pale” and said it “looked like a little doll,” according to the affidavit. The family “didn’t think it was alive,” the affidavit says.

Cepeda apparently told her mother that “there was so much blood and the baby just fell,” Ledesma recalled, again per the affidavit.

In the affidavit, Ledesma told the police that the infant appeared to be a “full-term baby.”

“Ledesma stated CEPEDA was just in a daze and she didn’t feel like she comprehended what happened,” the affidavit said.

“I just got scared,” the mother recalled the defendant saying after giving birth.  “[H]er face was purple and didn’t know what to do,” the daughter allegedly told her mother with regards to the baby.

The defendant apparently repeatedly said that she didn’t know she was pregnant, according to the affidavit.

When she spoke to the police, Cepeda allegedly said she took a pregnancy test “3-4 months back,” but the test was allegedly negative.

The affidavit then lays out Cepeda’s detailed account of the birth of the child.  Cepeda said she “tried to grab” the baby’s head during the birthing process and “tried to pull her out, but that didn’t work.”  She asserted that the baby “fell out” of her when she “stood up” after squatting during the process.  The umbilical cord allegedly broke when Cepeda stood up.  The baby “wasn’t moving on her own” and “wasn’t crying,” the defendant said; she also said she “couldn’t” bring herself to pick the baby up and therefore “left her on the floor,” according to the police affidavit. Cepeda then allegedly claimed that she “thought” the baby “might” be okay if she “gave her some time,” so she went to take a shower and planned to come back later.

The police affidavit says Cepeda “appeared to wince in pain on several occasions when a difficult question or critical question was asked of her.”

Cepeda allegedly told the police that she used scissors to cut the rest of the umbilical cord from her body; she also allegedly asserted that the scissors were never near the baby.

“[A]re you sure?” the police asked upon hearing this assertion, according to the affidavit.  “I need to know what happened,” an officer inquired.

“[N]o,” the defendant allegedly replied, again according to the affidavit.  “[T]here is no reason for the baby to have any cuts.”

“I didn’t do it,” the defendant also allegedly said when she was told by the police that the baby’s body showed “significant wounds.”

“I did not do that to that baby,” she also alleged said as to the wounds.

The police pressed further; the affidavit says the defendant didn’t change her story.  She allegedly said she “didn’t know” who could have stabbed the baby.

“I couldn’t have done that to the baby,” the defendant allegedly continued.  “I was bleeding.  I cut the umbilical cord on me and didn’t touch the one on her, that’s all I used [the scissors] for.”

The police continued to inquire and even responded when asked about legal counsel that the family could secure a lawyer if it wished.  Cepeda allegedly said she told the police all she knew.

When asked about “her heart and mind” during the birthing process, the defendant allegedly said that she “couldn’t do it,” that is, she “couldn’t be a mom.”

The reason, she asserted, was because she “never told anybody” and “couldn’t tell her mom,” according to the affidavit.

But then, when asked “why she would do this,” Cepeda allegedly said “it wasn’t moving.”

“[I]f the baby wasn’t moving, why would you take the scissors and do this?” the police asked, again per the affidavit.  “Was this going to help the situation?”

“I don’t know,” the defendant is said to have continued when asked “why she would do this with the scissors.”

When the police asked Cepeda “how many times she stuck the scissors into her baby,” the defendant’s mother requested an attorney, and the police stopped asking questions, the affidavit says.

According to the affidavit, an autopsy indicated that the stab wounds were both “significant” and deep.  The wounds were allegedly “centered around the infant’s chest, rib cage and abdomen.”  The punctures penetrated the newborn’s heart and lungs, according to the autopsy as it is cited in the police paperwork.

Dr. Michael Burson, the Weld County Coroner, said that it was his “medical opinion” that the baby was born alive, the police wrote.  Burson cited blood in the newborn’s chest cavity and bruising around the wounds as evidence to support his assertions, the affidavit says.  Burson opined that the baby was born alive and died from “multiple sharp force injuries,” the document continues.

The full complaint, the affidavit, and a press release from the DA’s office are all embedded below.