‘He Was Caught, Finally’: Army Veteran Suspected of Breaking into Skyscrapers and Landmarks Across the U.S. to Take Daring Photos

Police say a U.S. Army veteran who attended special tactical training has been traveling from city to city and breaking into buildings and other landmarks to take photos to sell on the internet, Law&Crime exclusively reports.

Isaac Wright, 25, is being held in the Coconino County Jail in Arizona following his arrest on Dec. 17. Arizona State Troopers took Wright into custody on a warrant out of Cincinnati, Ohio where Wright is charged with burglary for breaking into an office building and climbing into a metal crown on top of it. Cincinnati Police say he also climbed a light post and took photos in the ballpark where the Cincinnati Reds play and threatened to break into the stadium where the Cincinnati Bengals play.

“We’re all in agreement that the photos are great. They look neat… but the way Mr. Wright is going about it is breaking the law,” said Cincinnati Police Det. Jeff Ruberg. He added, “He’s using types of pry bars, lock pick mechanism sets. He’s disabling security cameras, motion sensors, he’s physically damaging buildings he’s entering and then going to the top of the building and then the police are being notified.”

Ruberg started investigating Wright, whom he knew only as “Drifter Shoots” from his social media accounts, in late November after a burglary at the Great American Tower. A security guard had called police after spotting a man with a backpack on a surveillance camera. Police searched the building with K-9s for more than eight hours but Wright escaped. Ruberg said Wright was discharged from the U.S. Army in April 2020 and had attended SERE School which stands for Survival, Evasion, Resistance and Escape. 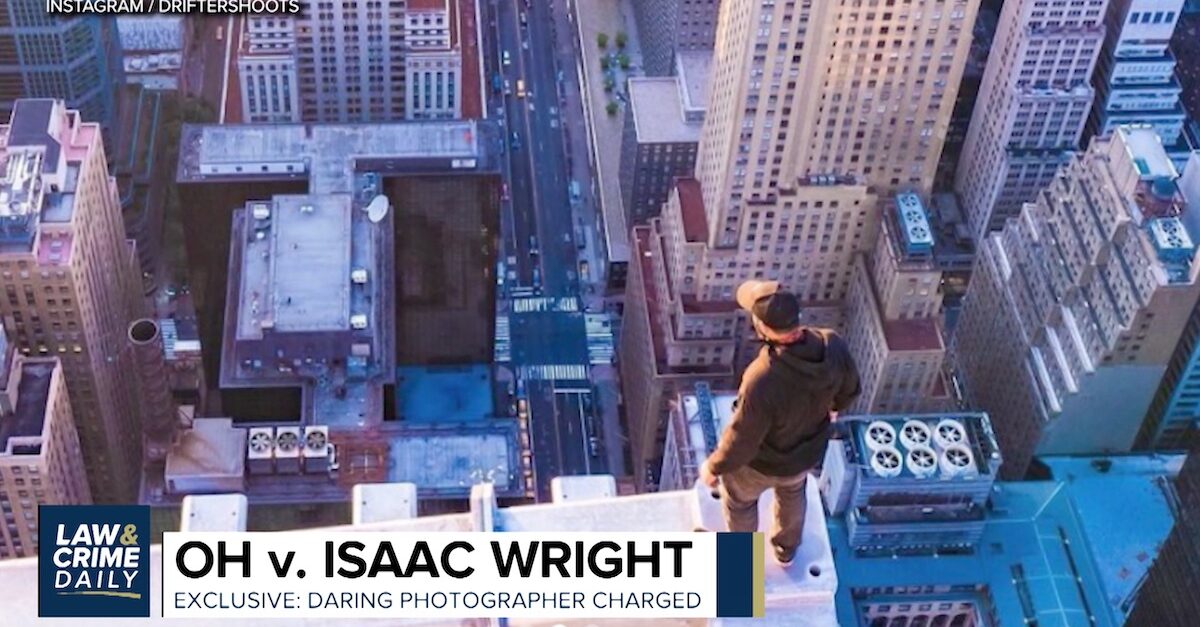 After examining the social media accounts for “Drifter Shoots,” Ruberg and other officers identified the man behind the camera as Isaac Wright. Then, the challenge was finding him. Ruberg and others in law enforcement knew what kind of car Wright was driving. They started tracking him in Melbourne, Florida using license plate readers. Then, Wright went to New Orleans and on to several cities in Texas and New Mexico. But each time Wright got away.

“We were always just 10 steps behind him,” said Ruberg. “He kept catching a break every time we thought we were going to get to him.”

Wright’s luck ran out on Dec. 17 when a determined Arizona State Trooper and others stopped a car in Winona, Arizona. Ruberg said Wright and a female companion were in the car behind the one troopers had stopped. Wright was in a different car than he had been driving and was taken into custody without resisting.

“They take 10 units, 10 marked trooper units, a helicopter. They had plain clothes officers at construction sites where it was down to one lane roads looking into every vehicle that was going by,” Ruberg said of the Arizona troopers. “He was caught, finally, and that was only with the persistence of the Arizona Dept. of Public Safety.”

Wright also faces a felony trespassing charge in Michigan. He could be extradited to Ohio from Arizona this week and could face more charges in Ohio after the case is presented to the grand jury.

Photos on Wright’s social media accounts show he has taken photos in Los Angeles, Philadelphia, Atlanta and New York. It’s not clear whether authorities in those cities will file charges.