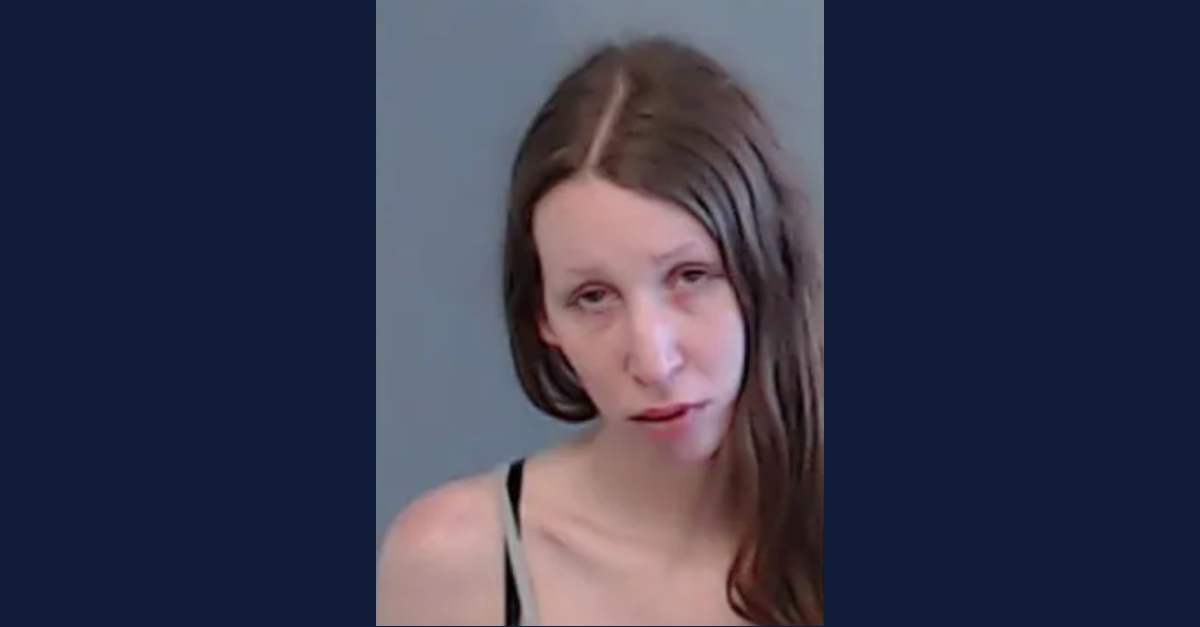 A Georgia woman was sentenced to life in prison plus an additional five years on Friday for the 2018 murder of a man who occasionally stayed in her apartment as a guest of her roommate at the time.

Christie Montgomery, 35, lived in Stone Mountain, Ga. in DeKalb County, near the Atlanta metropolitan area. On May 17, 2018, she arrived home during the early morning hours and accused her roommate and two other people of stealing her marijuana.

The defendant is said to have told everyone in the apartment to leave after making the angry accusation. Everyone complied with that request–at least at first. Montgomery’s roommate forgot her cellular phone and later returned the apartment to pick it up. The roommate’s ensuing search through the apartment sent Montgomery into a rage. That’s when the defendant got her gun and shot 23-year-old Justice Jackson in the chest during a bitter and deadly argument.

Jackson occasionally stayed at the apartment with the defendant’s roommate–and all four involved knew each other.

The roommate, who rented her room from Montgomery, and her other friend fled to call 911. The victim’s body was taken to a nearby hospital by first responders where he succumbed to his injuries.

“She retrieved her gun, walked outside, and shot Jackson once in the chest,” the DeKalb County District Attorney’s Office said in a statement to the Atlanta Journal-Constitution. “The victim fell to the ground, pulled out his weapon and fired. His shot did not hit anyone.”

Montgomery then went back inside and locked her door.

Police arrived to find the defendant barricaded inside, they said, as Montgomery refused law enforcement entry to the residence she also shared with her child–who was home during the entire contretemps.

Hours later, police made their way through the door.

Montgomery told investigators that she came home to find money stolen and kicked out her roommate, Jackson and their mutual friend. She insisted that the shooting started after her door was already closed and she had washed her hands of the situation. The defendant was charged with murder later that same day.

Police were initially unsure about the nature of the argument between the defendant and the man who died. During trial, however, prosecutors pinned the underlying motivation on the marijuana dispute. Several years later, that was the story that held the day.

On Monday, Montgomery was convicted by jurors of malice murder, felony murder, aggravated assault, and possession of a firearm during the commission of a felony, according to local Fox affiliate WAGA.

The victim’s obituary notes the hallmarks of his life and the life he had planned:

Justice was a 2013 graduate of Lanett High School. He played basketball, wore #11, and was a key player on the team. During the 2011-12 school year, Lanett High School Panthers won the area championship and Justice was named Lanett High School offensive player of the year. After graduation, he went to Alabama State University in Montgomery, AL and later decided to pursue his passion of being a photographer.

He is survived by his parents and 12 siblings.