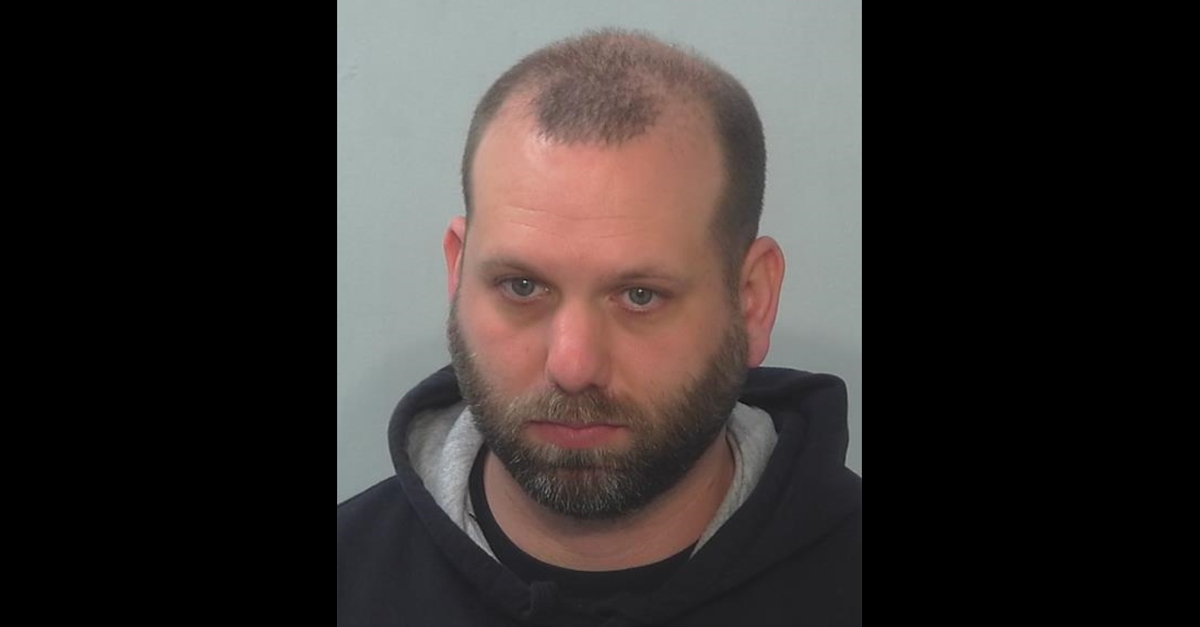 A former Wisconsin sheriff’s deputy has been arrested and charged with a series of crimes in connection with alleged child sex assaults — at least some of which were allegedly perpetrated against male relatives.

Gary Aaron Huber, 34, of Milton, Wis., has been charged with the following: one count of first-degree child sex assault (for alleged sexual contact with a child under age 13), one count of repeated sexual assault of a child, three counts of child enticement, two counts of causing a child between 13 and 18 years old to view or listen to sexual activity, and three counts of exposing the genitals, pubic area, or intimate parts to a child. All of the alleged crimes are felonies.

According to prosecutors, Huber allegedly quit his job at the Rock County Sheriff’s Office rather than talk to investigators there.

“I can see where this is going, so I’m just going to go ahead and resign,” he said when a captain finally got him on the phone, according to a probable cause statement obtained by Law&Crime.

Investigators said they interviewed four alleged victims. Huber’s alleged pattern of abuse was to show them pornography and also to fondle them.

The abuse continued until the complaining witness was 15 in 2016.

The witness also alleged that Huber would threaten him by telling people that the witness was gay.

Huber, a former U.S. Marine, also allegedly guilted the boy by saying that all of his friends died in the war. The relative also said Huber would scream at him, try to scare him, and would otherwise intimidate him.

“On July 1, 2021, allegations of criminal behavior were made to Sheriff’s Office officials regarding Gary Huber,” Rock County deputies said in a statement obtained by Law&Crime. “The alleged criminal behavior occurred prior to Huber being hired as a deputy sheriff in August 2016.”

The older male relative who first reported the alleged abuse (and who was not a victim) said he believed the conduct occurred between when Huber was discharged from the U.S. Marines on Jan. 30, 2010 to when the Rock County Sheriff’s Office hired him as a deputy on Aug. 9, 2016, according to the probable cause statement.

The younger relative in the account above, however, said his final encounter with Huber was in the fall of 2016. According to the document, that incident also involved a sex doll.

Another young relative said that Huber would play “grab ass” and try to pull the boy’s pants down, according to the authorities. This victim also allegedly said that Huber had him put on a thong and moon people as they drove around in Huber’s truck — among other things.

The relative told investigators that he told his family in 2010 about Huber’s abuse. The abuse included contact with the relative’s genitals and kissing, according to the authorities.

“[He] also told his parents about Huber kissing him at the Masonic Temple,” investigators said. “[He] advised that his parents seemed shocked but were very quiet. [He] stated he had brought up the abuse to a counselor and talked about it with his father. [He] stated his father told him not to talk about it, ‘because it would destroy the family’ and get [the boy] in trouble.”

In a statement to Law&Crime about Huber’s arrest and prosecution, Rock County deputies described the investigative steps they took in the case — which involved a member of their own force.

Huber was arrested in Fort Wayne, Ind., on Monday, authorities said. He used to live in the Fort Wayne area before joining the sheriff’s office in Wisconsin, and his parents still live in Indiana, according to the probable cause statement. An extradition to Wisconsin is pending, the Rock County Sheriff’s Office said.

All of the charges were filed in the State of Wisconsin. According to court records, no Wisconsin court dates have been scheduled for the defendant while he awaits extradition.