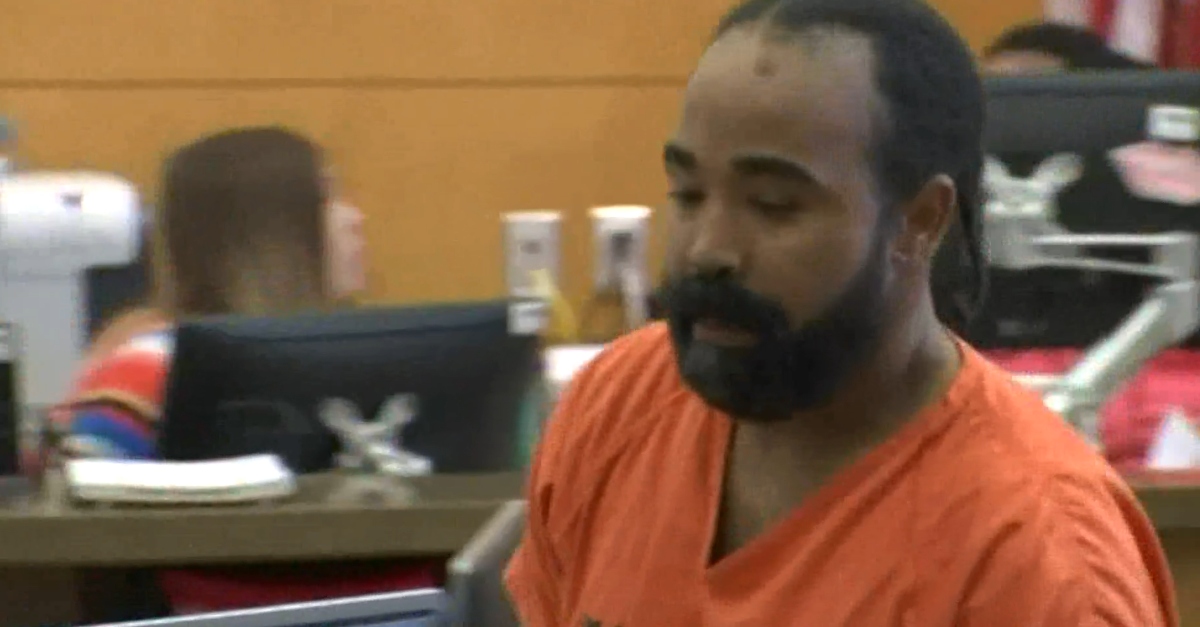 A former nurse has been sentenced for impregnating an incapacitated patient. Nathan Dorceus Sutherland received a 10-year prison sentence on Thursday in an Arizona courtroom, and he must serve a lifetime of probation, marking the end of this harrowing and surreal criminal case.

“It’s hard to imagine a more vulnerable adult than the victim in this case,” Superior Court Judge Margaret LaBianca said, according to CBS News and the Associated Press. The judge took the defendant to task for using his position at Hacienda HealthCare to sexually abuse the woman.

Sutherland pleaded guilty in September. Prosecutors have said that 10 years in prison is the maximum sentence for the sexual assault charge. The lifetime of probation is attached to a conviction for abusing a vulnerable adult — a distinct and separate charge.

As previously reported, the patient went into labor at a Hacienda HealthCare facility in December 2018.  Staffers allegedly didn’t realize the woman was pregnant until they saw her actually delivering a baby when they tried to change her clothes.

The patient’s family has sued, saying the facility failed to note warning signs, such as gaining weight, and failed to make sure only female nurses cared for the victim. Family attorney John Micheaels denied early suggestions that the victim was in a coma, but he nonetheless said the victim was in a vulnerable condition.

“She has significant intellectual disabilities as a result of seizures very early in her childhood … The important thing is that she is a beloved daughter, albeit with significant intellectual disabilities,” he said, according to television station KGUN.  “She has feelings, likes to be read to, enjoys soft music, and is capable of responding to people she is familiar with, especially family.”

The woman’s son — fathered by the defendant — is now in the care of her family.

Sutherland apologized in court Thursday to the woman and her family.  He acknowledged the situation was unfair to the baby.  He suggested that his life struggles as an adopted child contributed to what he did.

“To the victim, I am sorry,” he said. “You didn’t deserve to be hurt no matter what was going on in my personal life and the demons I was fighting. I had no right to put you through that.”

The aftermath of the abuse rocked Hacienda HealthCare, with its CEO Patrick White and other top members resigning.

“For nearly three years, our team has cooperated in every way possible with law enforcement and prosecutors in the Sutherland case,” current CEO Perry Ptrilli said in a statement to outlets like KTVK/KPHO. “We are relieved that he will never again torment another innocent human being. As they have been since the moment we learned of Sutherland’s terrible actions, our thoughts and hearts are with the victim, the victim’s family and loved ones. We hope this last chapter of the Sutherland case brings them all greater peace.”