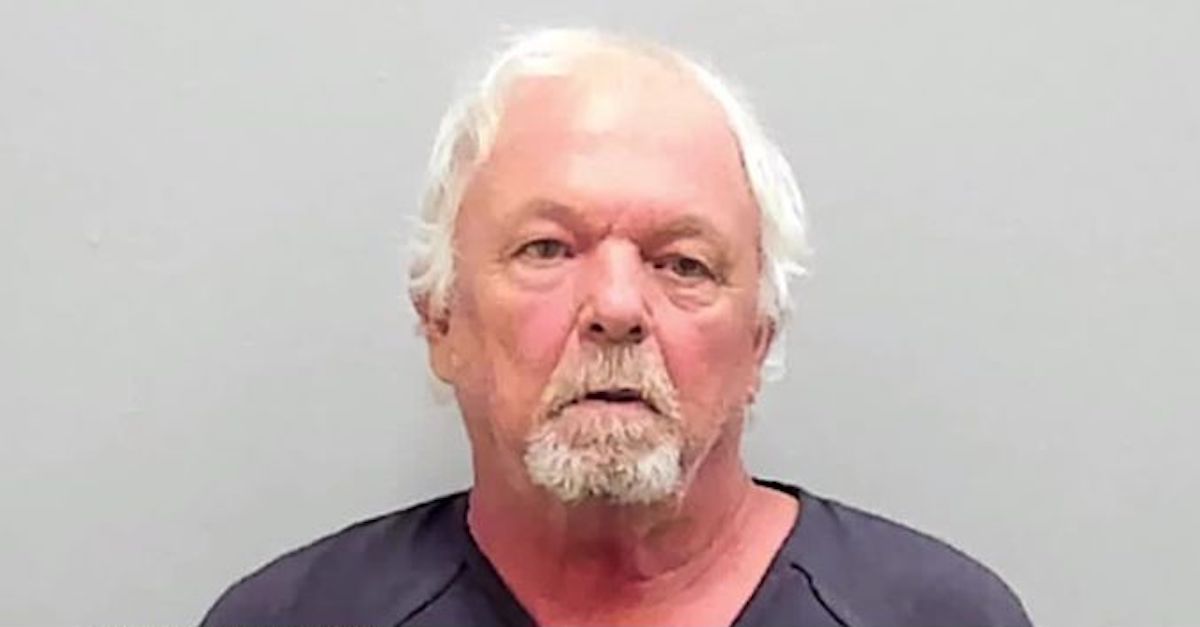 A 62-year-old landlord in Florida was arrested after he was allegedly caught using hidden cameras to film and take photographs of a 12-year-old girl inside of her bedroom and bathroom. Bruce Wayne Grady was taken into custody last week and charged with two felony counts of video voyeurism by a person 24 years of age or older on a child less than 16 years of age, court records reviewed by Law&Crime show.

According to a probable cause affidavit, deputies with the Martin County Sheriff’s Office on Sept. 30 responded to a call at a residence located in the 3400 block of SE Hawthorne Street in Stuart regarding hidden cameras being found in a child’s bedroom. A deputy arrived and located cameras, described as being “in and or part of the electrical outlets,” in the girls bedroom and bathroom, then contacted the office’s Special Victim’s Unit — which in turn dispatched a detective to the scene.

Per the affidavit, the family told investigators that they believed their landlord installed the cameras because they caught him in the residence on Sept. 12 doing “electrical work” while the family was gone. The victim, her younger sister, and her mother have rented a duplex unit since September 2020 from Grady, who owns and lives in the adjacent unit, according to the police.

The victim’s mother told the detective that her daughter was trying to plug her laptop into one of the electrical sockets but couldn’t get it in, according to the affidavit. She looked to see if something was blocking the socket “and that’s when she saw the little lens” in the ground terminal of the socket.

According to a report from Treasure Coast News, the victim’s mother then downloaded an application that scans the home for hidden cameras, which found two suspicious devices in the residence.

The detective then spoke to Grady, noting that he lived “right next door” to the victim. Grady initially denied installing the cameras and said that he was in the home on Sept. 12 to do electrical work because “the breaker kept flipping and he went in to see why,” the detective wrote. Grady then allowed the detective to go through his cell phone, the document states.

The detective allegedly found photographs in Grady’s gallery of the victim in her bathing suit in the backyard pool as well as a password-protected secure folder. Grady voluntarily provided the password to the folder, authorities say.

“In the secured gallery folders trash bin, I located videos and pictures of the victims bathroom which show the victim nude. I showed the photo to Grady and asked him to be honest. Grady stated, ‘Yeah. I installed [the hidden cameras],'” the affidavit states. “Grady was asked how many cameras he installed. Grady stated just the two. When asked where the other one was, Grady stated in the bedroom.”

In an interview with authorities, Grady allegedly said that he accessed the cameras through the LookCam app.

“Grady would go onto explained he was fighting his inner demons and would install and uninstall the app several times. Grady explained that he would have to go to the app and download the photo or video for it to end up in his gallery,” the affidavit states. “I asked Grady about the underwear photos taken of used underwear that were also in the trash bin. Grady stated they were the victim’s underwear.”

The detective requested that Grady be held without bond until his first court appearance “due to him living directly next to the 12-year-old victim,” but the victim’s mother reportedly said that Grady was released the day after his arrest.

“I just want to get justice for my daughter. He bonded out the next day. The charges are video voyeurism. I just feel like she needs justice,” the mother reportedly told West Palm Beach NBC affiliate WPTV.

The mother, who wished not to be named to protect her daughter’s privacy, also provided additional details regarding the camera placements — details which appeared to corroborate what the police and the defendant allegedly said.

“One in the bathroom facing the toilet and the shower, and the other one was in her bedroom right next to her bed, but facing where she always stands and does TikTok dances,” the mother reportedly told the station. “So, perfect line of vision.”

When asked what she would say if given the chance to speak to Grady, the victim’s mother reportedly responded, “I would ask him if he understood the path of destruction that he has caused.”