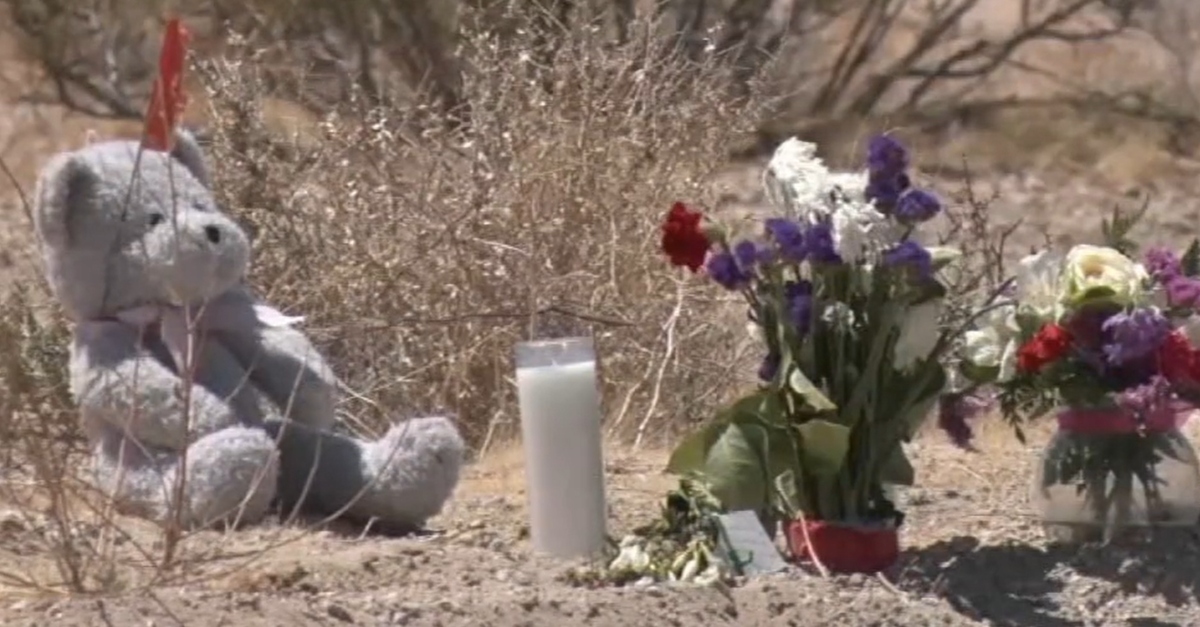 “Her leg was amputated in the accident,” Coe’s mother Sherrie Orndorff said, according to NBC Los Angeles. “All her other limbs are shattered, and her liver is bleeding. Her kidneys are struggling.” She called her daughter her “whole world.” Orndorff was reportedly also Sanchez’s older sister.

Coe already used a wheelchair because of a disability before the hit-and-run. So did Bronas.

A driver and passenger in a white 2002 Chevrolet Silverado seemed to have drifted into the shoulder of the road while the children were out Saturday night, CHP said. It’s alleged that witnesses told relatives that the driver and passenger used a flashlight to check who the driver hit. Instead of calling 911, they escaped on foot.

“You’re a coward,” an aunt of one of the girls told NBC Los Angeles. “You killed three kids, you took their lives. You didn’t just take them, you hurt everybody. And you get to go home with your family, and ours will never come back.”

Investigators were still trying to figure out who drove the Silverado, CHP Officer Ramon Duran told KABC in a Wednesday report.

“They obviously knew what they did, and they made the decision to flee from the scene instead of rendering aid to those four juveniles, and that is just mind-blowing that somebody would do that,” he said.

Anyone with information on the incident can call CHP Victorville Officer L. McAllister at (760) 241-1186.