’Can I Order a Pizza?’: Man Accused of Murdering Ex-Girlfriend’s Husband as the Couple Slept Allegedly Asked for Food Delivery After Bail Hearing 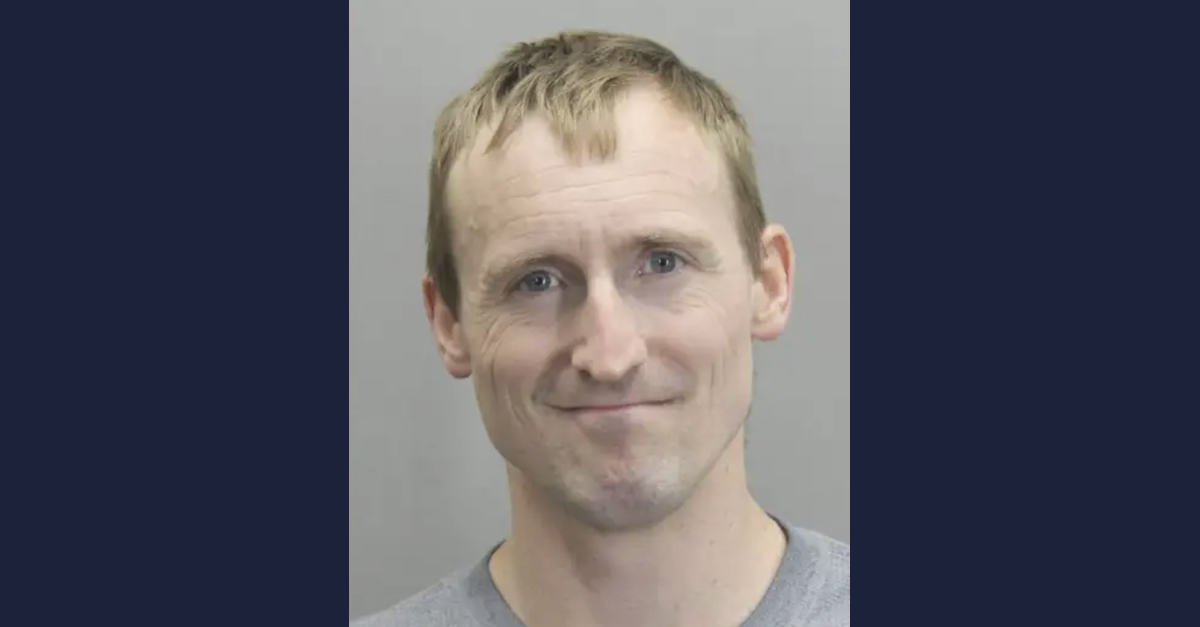 A Virginia man and FedEx employee stands accused of a brutal and bizarre series of events relate to the murder of a non-profit CEO.

Joshua Daniel Danehower, 33, stands accused of murdering 32-year-old DonorSee founder Gret Glyer by shooting him several times late last week. The deceased man was shot 10 times, including four times in the head and twice in the neck. The incident occurred inside of the victim’s own home in Fairfax, Va. during the early morning hours as his family slept, police say.

According to court documents obtained by Washington, D.C.-based Fox affiliate WTTG, the victim’s wife, Heather Glyer, is the defendant’s ex-girlfriend. Law enforcement believes Danehower sought to reconnect with the woman, who was asleep next to her husband as he took his final breaths and the harrowing violence unfolded.

The Glyers’ two children, an infant and toddler, were home at the time of the incident but were unharmed, police said.

According to Washington, D.C.-based NBC affiliate WRC-TV, law enforcement received information that Danehower was “an acquaintance of the family” and acted on the tip as a possible suspect, citing City of Fairfax Police Department Captain Jeff Hunt.

The defendant was arrested on Tuesday night at a FedEx located at Dulles International Airport. He had reportedly worked there for roughly one month.

“We extend our deepest sympathies to those affected by this terrible incident,” the shipping company said in a statement obtained by Washington, D.C.-based ABC affiliate WJLA. “We plan to fully cooperate with law enforcement in their investigation.”

The defendant is currently being held at the Fairfax Adult Detention Center without bond.

And, in a macabre sort of way, he seems to be taking his case in stride.

After his bail hearing, Gryer allegedly asked: “Can I order a pizza?” according to the court documents obtained by WTTG. Authorities were astonished and wrote: “he was not taking the situation seriously in the slightest.”

Danehower is charged with one count of murder in the second degree and one count of using a firearm in the commission of a felony.

I am grateful to the police and everyone who has worked so hard to make this arrest happen so quickly. I am thankful for the outpouring of support we’ve received from our church, friends, family, and people we haven’t even met. Gret was my best friend and an incredible husband and father. He had an amazing heart for helping the people who need it most, and I know that legacy will live on. I know that God is with me and has a plan for my life and for the lives of our children. We would appreciate your prayers.

The non-profit founded by the deceased, DonorSee, aimed to reduce global poverty. They mourned the founder’s passing in a statement that has also been shared with multiple media outlets.

“Gret Glyer dreamed of a world without extreme poverty,” the company said via Interim CEO Owen O’Doherty. “Through his years of humble persistence and inspirational leadership, he did more to move humanity toward that goal than most people thought possible. We are saddened beyond words by his tragic, untimely passing. Our hearts are especially with his wife, Heather, and his two children. We know that he would have wanted us to carry on the visionary work he started, and we will do so with special determination.”

A GoFundMe has been set up to take care of Gret Glyer’s surviving family.