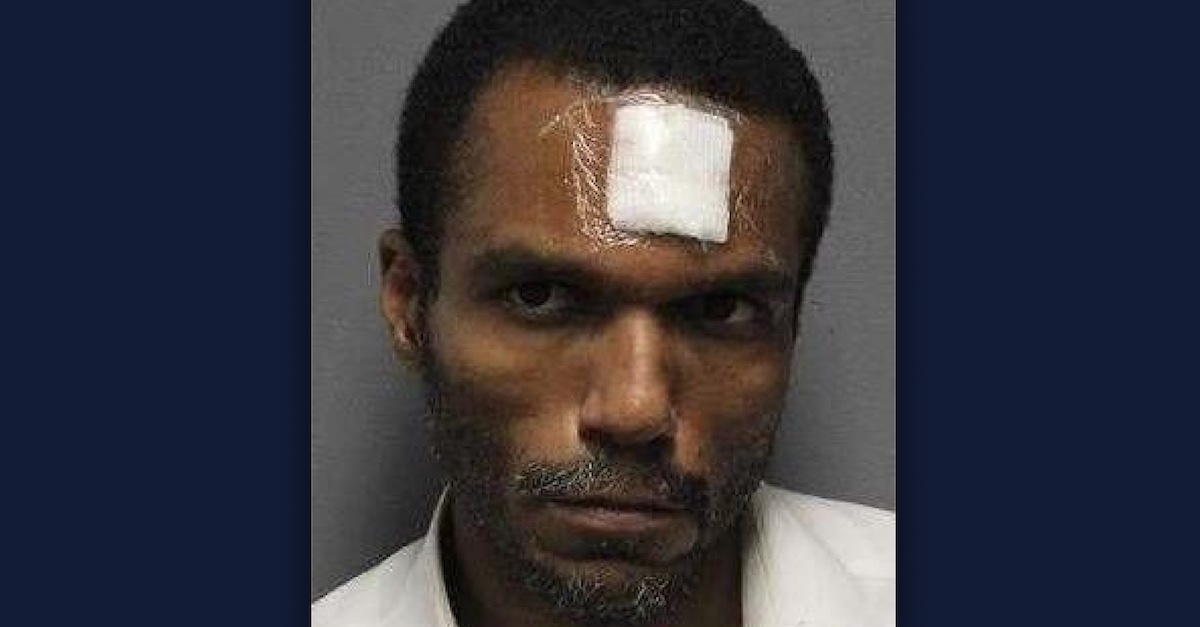 A 44-year-old man already accused of sexually assaulting two children and a woman then sought to have the three victims killed to prevent them from testifying against him, Pennsylvania authorities say.

Ferdinand Cuevas-Heredia was arrested and charged with two counts each of criminal use of a communications facility and criminal attempt to intimidate a witness or victim to withhold testimony, as well as three counts of criminal solicitation of criminal homicide, in connection with the foiled murder-for-hire scheme, court records reviewed by Law&Crime show.

According to a press release from Pennsylvania Attorney General Josh Shapiro (D) and Luzerne County District Attorney Sam Sanguedolce, Cuevas-Heredia contacted an undercover police officer posing as a hitman earlier this month and inquired about having three people killed. He then allegedly wrote the undercover officer a follow-up letter in which he provided more details about the plan.

The Times Leader reported that Cuevas-Heredia and the undercover trooper negotiated prices for the three killings, starting at $65,000 and eventually ending up at $20,000 with an $8,000 down payment.

“In telephone conversations, Cuevas-Heredia spoke in code referring to the two girls as ‘Newer dents,’ and the woman as an ‘Older dent in the rear,'” the Times Leader reported. “Cuevas-Heredia mailed jailhouse letters listing five names including marking the three he wanted killed with an ‘X,’ giving their locations. The two girls and woman relocated outside of Pennsylvania when Cuevas-Heredia was arrested in July 2021.”

After Cuevas-Heredia and the undercover trooper came to terms, Cuevas-Heredia’s mother allegedly delivered an envelope containing $8,000 cash to the undercover officer as payment to kill the three female witnesses in the alleged murder-for-hire scheme. She reportedly met the undercover investigator in a parking lot located on Wilkes-Barre Township Boulevard where she provided him with the funds.

Cuevas-Heredia appeared in Luzerne County District Court before Magisterial Judge Thomas F. Malloy Sr. who ordered him to be held without bond. During the hearing, Cuevas-Heredia reportedly cried and could be heard saying that other inmates arranged for him to be “set up.”

Following his arraignment on Monday, Cuevas-Heredia told officials that his mother was under the impression that she was paying a private detective to perform work on the criminal case and had no idea that she was actually paying a would-be hitman, according to a report from Harrisburg CBS affiliate WHP-TV.

“This defendant was determined to use any means necessary to avoid facing the consequences of his actions, going as far as to attempt to arrange for his own family members to be killed,” AG Shapiro said in a statement. “My office is committed to protecting all Pennsylvanians, including those who take the brave step of being a sworn witness in a court of law. I am grateful for the work that the Luzerne County District Attorney’s Office, the Pennsylvania State Police, and the Pittston Police Department did in this investigation and the work they do every day to keep our communities safe.”

Court records reviewed by Law&Crime show that Cuevas-Heredia in July 2021 was charged with numerous felonies, including seven counts of indecent assault on a child, two counts each of involuntary deviate sexual intercourse and rape, and one count each of rape of a child, unlawful restraint, corruption of minors, endangering the welfare of children and simple assault.

Several months later, in October 2021, Cuevas-Heredia was hit with more charges after he allegedly offered the victims $20,000 in exchange for dropping the criminal case against him, according to a report from Hazleton Fox affiliate WOLF-TV.

Cuevas-Heredia is scheduled to appear for his initial hearing on Oct. 7.

A Times Leader video showed the defendant covering his face as he was hauled into and out of court on Monday: