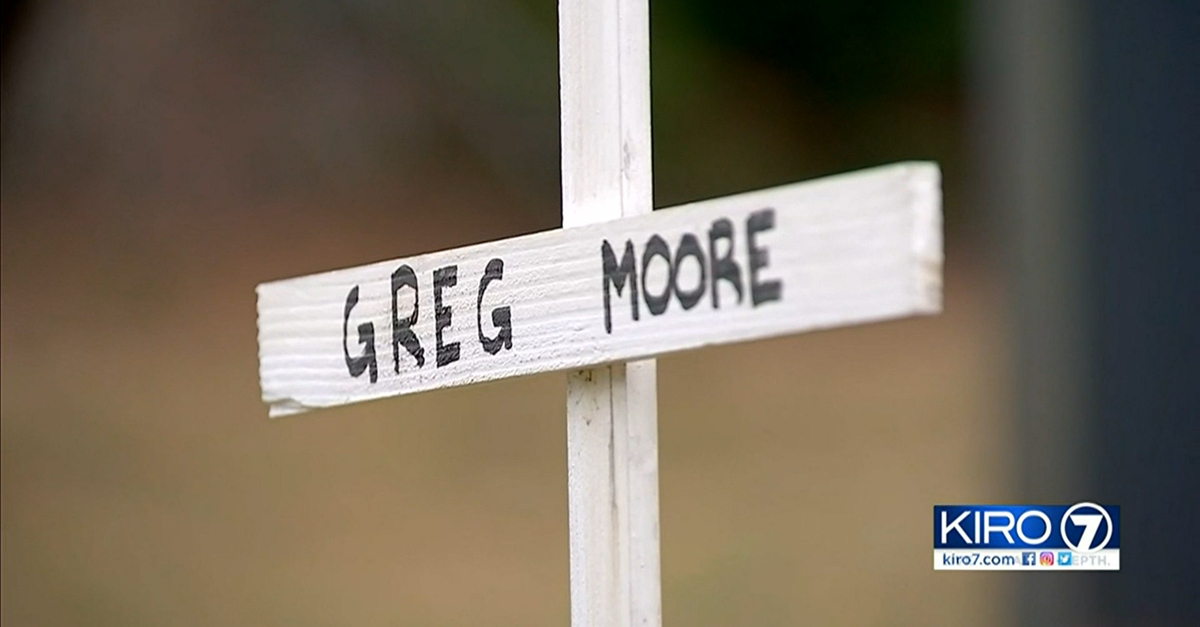 A 15-year-old girl is charged with killing a jogger in a hit-and-run, but that’s not enough for the victim’s widow, who highlighted the prosecutor’s claim that the young woman laughed about the fatal incident after the fact.

The teenage driver is being charged a juvenile for allegedly murdering Greg Moore, 53, in Maple Valley, Washington. Michelle Moore demands that the girl be tried as an adult.

“She knew what she did was wrong,” she told KIRO. “She acted with intent, and she didn’t come forward until she knew she was caught.”

Michelle Moore’s family offered a $35K reward for info to find the hit and run driver. Now, the 15-year-old girl accused of the crime is said to have hit Greg Moore on purpose while she others were racing at 6am on July 18 on rural roads in Maple Valley. pic.twitter.com/Mps91Q8SRw

The girl reportedly faces a count each of second-degree felony murder and felony hit-and-run.

“I’m going to scare him,” she allegedly told a friend about Greg Moore, a stranger, during an early morning joyride July 18, according to The Kent Reporter. “I’m going to bump him.”

She had taken her godmother’s Camry, driving in front of another friend, according to prosecutors. The 15-year-old allegedly struck Moore. The friend in the other vehicle allegedly claimed to hear a loud bang and seeing something fly into the air. She believed they were going about 50 miles per hour in a 35 mile per hour zone.

Once home, the 15-year-old allegedly told her godmother that the car was damaged because someone hit it with a bat.

But she also allegedly told a friend about the incident, laughing about how Moore “flew over the car,” according to The Seattle Times.

The godmother, however, realized the teenager could be involved after deputies released information to the media. Investigators had determined based on headlight fragments and surveillance footage that the suspect vehicle was a Toyota Camry dated 2002 to 2006. The godmother had a 2004 Camry. She stepped forward to investigators and gave them the keys to her car, authorities said. Investigators determined that the missing headlight pieces of the vehicle allegedly matched what they found at the scene.

The girl allegedly returned to her godmother’s home on Sept. 7, found that the vehicle was gone, and got into an argument with her, smashing things and fleeing on foot. Her father ultimately turned her in to the police on Sept. 9.

Prosecutors don’t plan on trying the 15-year-old girl as an adult. They say their hands are tied.

“As heartbreaking as this case is, it’s also highly unlikely a juvenile court judge would allow this individual — a 15-year-old with no criminal history — to have her case handled in adult court,” spokesman Casey McNerthney for King’s County Prosecutor Dan Satterberg (D) said in an email to the Times. “Even when juveniles are convicted as adults, Superior Court judges at sentencing can — and do in many cases — still follow the juvenile sentencing guidelines set by state lawmakers.”