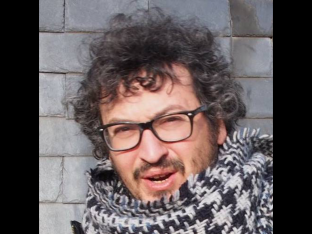 Guido Menzio, an award winning Italian economist and Ivy League professor at University of Pennsylvania says he was escorted off an American Airlines flight and questioned by “an agent” after a fellow passenger expressed concerns about his behavior prior to takeoff.

After he left the flight, Menzio says he was informed by the “agent” that a passenger had expressed concern about something he was writing on a notepad — that it was possibly some sort of code or even terrorist plot to bring down the airliner.  Menzio says he laughed at the suggestion and then showed his notebook to the authorities.  He explained to them that he was simply working on some differential equations in preparation for a lecture he was en route to attend at Queen’s University in Ontario.

Yup, no nefarious plot to bring down the jet, no secret codes, just an economics professor passing the time by working on some complicated math equations.

Menzio says he was “treated respectfully throughout” the entire ordeal.  He was allowed back on the aircraft once he explained the apparent misunderstanding and the plane departed, albeit 2 hours behind schedule.  The female passenger who allegedly reported Menzio did not return to the flight.  An American Airlines spokeswoman reportedly told the Post that the authorities as well as the crew determined Menzio not to be a “credible threat.”

Menzio’s story was profiled in the Washington Post over the weekend, the latest in a series of articles that focus on what the newspaper deems to be instances of racial profiling on airplanes.  As LawNewz.com noted last month, at least one of the Post’s recent profiles left out important details about an alleged incident that would’ve been useful to its readers in determining whether that passenger’s decision to alert authorities was reasonable.

At this point, it is not possible to say whether the profile of Menzio left out any important details.  It is also important to note that the Menzio profile was written by Catherine Rampell, one of the Post’s opinion columnists.

That said, the profile still manages to veer off course when it suggests that the passenger’s concerned behavior is essentially the fault of Donald Trump.  Rampell writes:

Rising xenophobia stoked by the presidential campaign, he suggested, may soon make things worse for people who happen to look a little other-ish.

“What might prevent an epidemic of paranoia? It is hard not to recognize in this incident, the ethos of [Donald] Trump’s voting base,” [Menzio wrote in an email to the Post].

In this true parable of 2016 I see another worrisome lesson, albeit one also possibly relevant to Trump’s appeal: That in America today, the only thing more terrifying than foreigners is…math.

It is unfortunate that Rampell chose to go this route, especially after earlier noting that the passenger who reported Menzio was seemingly just following the “If You See Something, Say Something” protocol.  Rather than focusing on the problems associated with the DHS approved national campaign to raise awareness about terrorism, Rampell misses an opportunity by making this out to be a political issue instead.  A decision made all the more ridiculous by the fact that the “See Something” initiative pre-dates the Trump campaign by more than a decade and was specifically mentioned by President Obama in the wake of recent terror attacks.

In this instance, politicizing the issue only makes it more likely that it will never be solved.

[image via University of Pennsylvania]