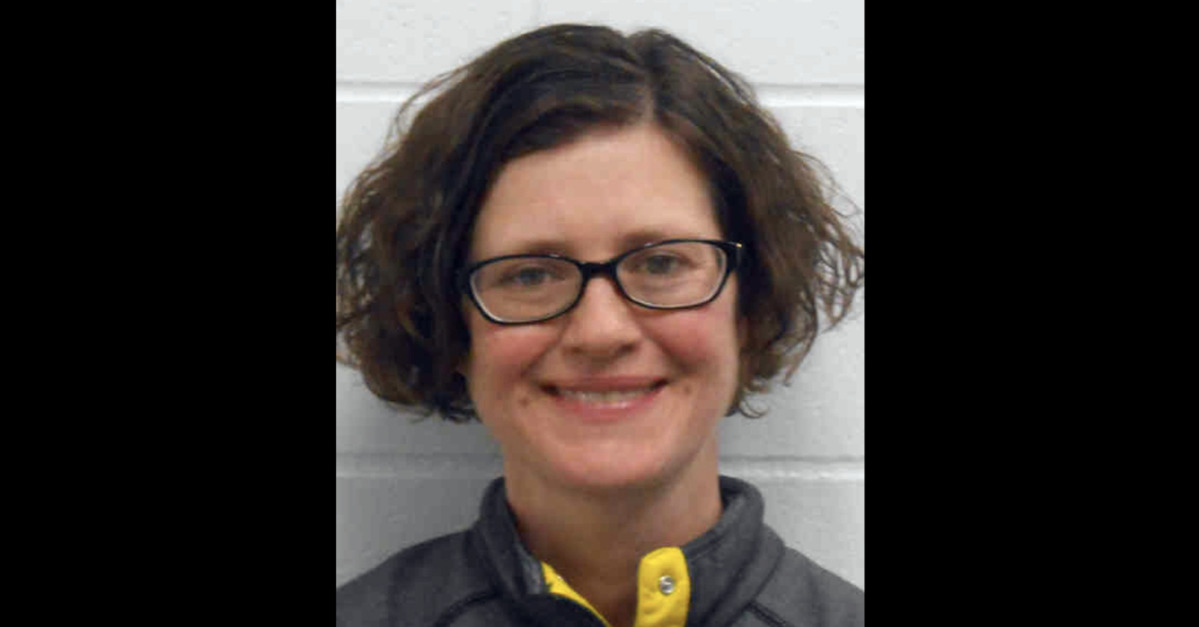 A judge in Iowa dropped charges against a man accused of sexually assaulting a 13-year-old boy because the prosecutor in the case was arrested for allegedly showing up drunk to a hearing.

According to the Associated Press, Judge Marti Mertz issued the ruling on Monday and cited Clarke County Attorney Michelle Rivera‘s seemingly untoward behavior as the reasoning behind his decision.

Rivera was arrested in an Osceola courtroom by a sheriff’s deputy on October 18 for allegedly having imbibed one–or a few–too many. The arrest reportedly occurred just before the accused sexual assaulter was scheduled to alter his plea and accept sentencing.

In a criminal complaint obtained by The Hill, the arresting officers accused Rivera of “slurring her words and stumbling on her feet” while in court. Rivera then allegedly refused a breathalyzer test and was arrested on the spot. She later pleaded guilty to one charge of public intoxication and was assessed a $65 fine.

The man in question was arrested in August 2017 and originally charged with sexual assault and telephone dissemination of obscene material to a minor.

Under Iowa law, charges may be dismissed if an accused person isn’t tried within a year of being arraigned. The man’s defense attorney, Marshall Orsini, put in such a request and Judge Mertz apparently felt that justice had been too long delayed–noting in his dismissal of the charges that Rivera’s mid-October appearance “was the finale following unexplained periods of inactivity and lack of responsiveness.”

“If the defendant is not put on trial [and] is not tried within a year, you have the potential to have that case dismissed, and that’s what happened her,” Orsini told the AP.

Clarke County could now choose to file new charges against the man but the previous charges cannot be refiled.

“Everybody should be upset about it,” said Mark Pennington, a former prosecutor from nearby Polk County. “That’s why you have to hold elected officials, including county attorneys, to a high standard.”

Rivera, a Democrat, ran for re-election in this year’s midterm election after apologizing to voters for her October arrest and asking for a second chance. She was defeated by Republican Adam Ramsey in a lopsided 70 percent to 29 percent rout.

According to the Des Moines Register, Rivera was arrested again last week on charges of operating a vehicle while intoxicated and child endangerment because she allegedly had her daughter in the car before being arrested.

Law&Crime reached out to the Clarke County Attorney’s Office regarding the dismissal of charges against the man due to Rivera’s October arrest. A representative there said they had “no comment.”