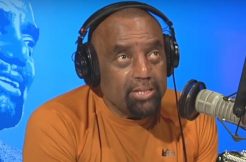 He was complaining about sexual assault allegations. This includes the recent claims against Republican presidential nominee Donald Trump. At least six women have said the candidate committed some form of sexual contact without consent. The candidate has denied these incidents ever happened.

Peterson said it’s part of a wider trend, some kind of retribution that women do to men.

“Every man is guilty now,” he said. “Every man. And these accusers pull that out at will. They get angry about something: You don’t return their call or a text. They can just accuse you because generation after generation of young girls have been taught to do this.” [At 6:28 of video]

What kind of research exists about false accusations? Well, there’s this 2015 study by a group of researchers from Northeastern University. They looked at a sample size in order to develop a sense of wider patterns. They said made-up reports were in the clear minority.