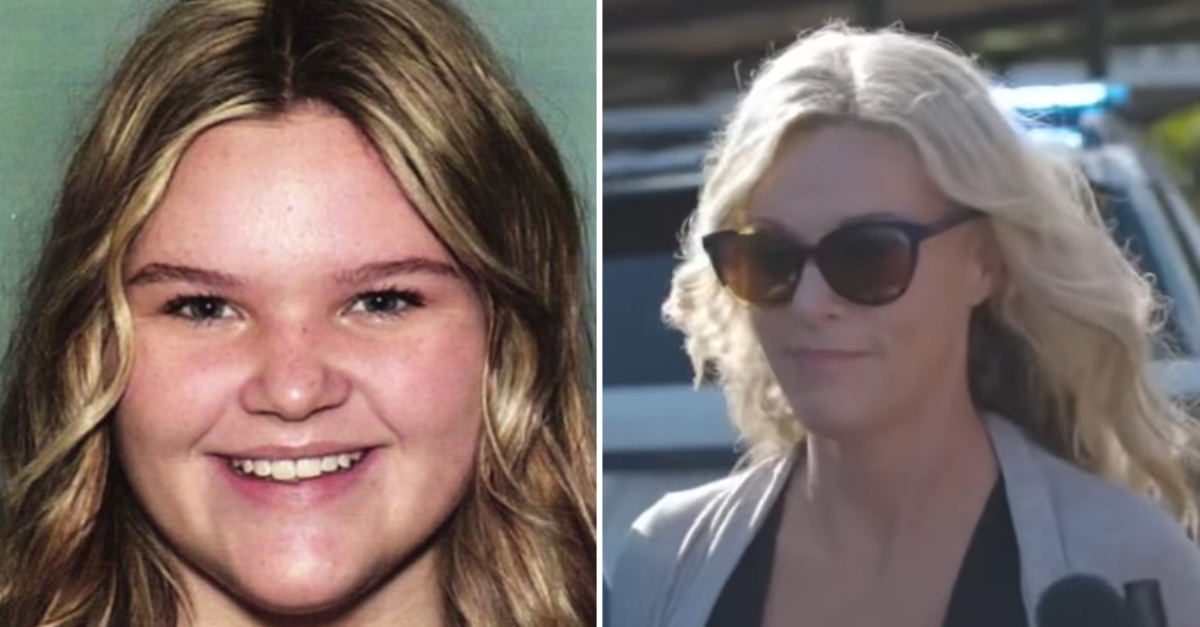 A former sister-in-law of Lori Vallow recently gave an interview about the infamous Idaho woman, and she detailed a fraught familial relationship dating back years.

“Our family called [Lori] ‘Lolo’ and I said I think Lolo might be a sociopath,” Annie Cushing, sister of Vallow’s second husband Joseph Ryan, told KSL-TV.

She texted her daughter in 2018 that she had an exhausting visit with Vallow after Ryan’s death.

“I dealt with so many lies, even with little things,” she reportedly wrote. “I think she’s [Lori’s] unhinged and untethered from truth.”

This whole situation is complicated. Cushing’s biological niece Tylee Ryan, 17, and step-nephew Joshua “JJ” Vallow, 7, went missing in Idaho last September 23. Cops blame Lori Vallow, saying she left the state instead of helping them find the children. Indeed, she and her new husband Chad Daybell popped up in Hawaii, but didn’t talk to the media. Vallow didn’t comply with an Idaho court order to turn over the kids. They leave behind a complicated backstory. Vallow’s fourth husband Charles Vallow was shot and killed last July by her brother Alex Cox, who claimed self-defense. Daybell’s wife Tammy Daybell died in October, less than two weeks before he married Lori Vallow. Cox died in December, and investigators exhumed Tammy’s body amid the children’s disappearance.

Both members of the couple purportedly espoused a believe that the end times were approaching. That’s something Cushing attested to, at least with Vallow: She said her sister-in-law became obsessed with the idea.

“It’s like she wanted me to be afraid of the end times,” Cushing said. “There was one time where she was talking about it and she says, sometimes, I think it would be better just to get put my kids in a car and go off the side of a cliff.”

Cushing’s brother Joseph Ryan divorced Vallow in 2004 back when the couple lived in Texas. She said she stayed close with her sister-in-law, but the former spouses had a bad relationship. Cushing described her sibling after having a sometimes violent temper.

It was a rocky situation by any account. In fact, Alex Cox previously pleaded guilty and was sentenced to 90 days in jail for attacking this ex-husband. The defendant tased Joseph Ryan and threatened to kill him in 2007, authorities said.

Joseph Ryan passed away in March 2018 from an apparent heart attack. Cushing said that Lori Vallow was told about it, but kept the deceased’s family in the dark. The aunt said she only learned about this five weeks later because nobody claimed the body. Vallow, however, still asked her to visit Tylee in Arizona.

“I decided to put my personal feelings aside about not being told about Joe’s death and I flew out there, hoping to connect with Tylee,” Cushing said. But she said she learned that Vallow was discouraging Ryan from mourning her dad’s passing. The teen girl also had a tense relationship with her mother.

“When I got there, it was as if, nothing had happened,” she said. “People were hardly talking about Joe and when Lori did, the tenor was — she would actually say, ‘the world is a better place without Joe Ryan.'”

Joshua Vallow has brown hair, has brown eyes, stands 4’0″, and weighs 50 pounds, according to the National Center for Missing and Exploited Children. Tylee Ryan has blonde hair, has blue eyes, stands 5’0″, and weighs 160 pounds. The children were last seen September 23, 2019 in Rexburg, Idaho, authorities said. Officials said the little brother “may be in need of medical attention.”