A Boca Raton, Fla. mom, dad and two kids must all be thankful that they invested in a Ring doorbell, which let them know a neighbor was armed with a rifle and wearing a bulletproof vest outside of their home.

Tom D’Errico said he was on a business trip in California at the time he received a notification that Kevin Flaherty, 48, a neighbor that lives 200 feet away, was armed. The high-tech doorbell alerted him to that fact.

Mr. D’Errico said that watching that video was like something out of a movie, particularly “Taken.” D’Errico, temporarily standing in for Liam Neeson, deployed the particular set of skills known as dialing 911.

“Not being home, not being able to do anything, I felt like I was in the movie ‘Taken,'” he told the Sun Sentinel.

Daniel D’Errico, his 17-year-old son, also called 911. He said Flaherty’s daughter, just days before, fled her home because her father brandished a weapon. Daniel’s mom Lea and 12-year-old sister Sara were also at home at the time an armed Flaherty approached.

This happened on Sept. 5 and Flaherty was arrested the next day.

His mugshot is pictured below. 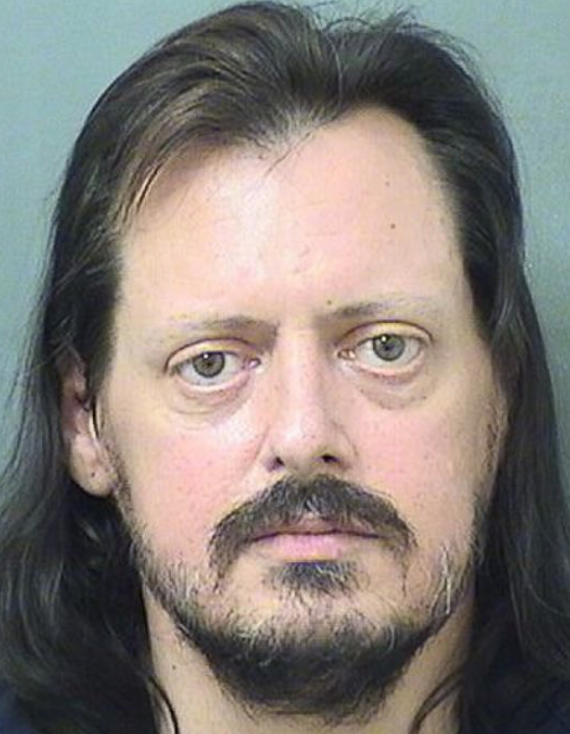 According to ABC News, Flaherty now faces three counts of aggravated assault with a deadly weapon without intent to kill.

Remarkably, Mr. D’Errico said that police told his family at first that there no threat or crime had occurred, and that there was nothing to be done about it. He also said police didn’t arrive on scene for 25 minutes. He claimed that police admitted they mishandled this.

He called the neighbor “strange” and said that was always a known factor. He also said that he and his family “tried to keep [their] distance” from Flaherty.

The reason the family had this doorbell in the first place is that the father installs home security systems for a living.