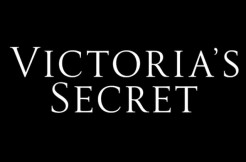 A former Victoria’s Secret model recently pleaded guilty to utterly trashing this guy’s apartment. The terms of a March 21 agreement state that Heather Payne, 42, must pay $2,951 for allegedly attacking ex-boyfriend Colby Kirmse, 40, at his Manhattan residence in a July 24 incident.

“My apartment was destroyed, and I got beat up by an ex-model—not one of my highlights,” Kirmse told The New York Post. “She just destroyed everything in her path like a Tasmanian devil.”

He said they met on Tinder, and only had a few dates. There was no exclusive relationship, according to him, but the alleged attack was sparked when she apparently discovered sexual texts and photos on his phone. Kirmse claims Payne forwarded a picture of his penis to his mom in retaliation.

Court papers obtained by the New York Daily News state the model hit him “with a closed fist multiple times, causing redness, bruising, and substantial pain.” She allegedly tossed a remote control out his apartment window, knocked a television off a stand, and flung his laptop across a room.

After the alleged attack, Payne faced charges for assault, criminal mischief, attempted assault, and harassment. These were all misdemeanors. The plea deal might be worth in the long run. The case will be dismissed if she stays out of trouble for six months.