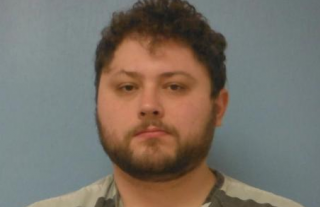 A Facebook page mimicking that of an Ohio police department is no longer a laughing matter for its creator. Anthony Novak, 27, is accused of setting up a fake account pretending to be the Parma Police Department, with the same name and profile images of the real police page.

Novak reportedly made a number of satirical posts on the page that Lt. Kevin Riley said “crossed the line,” according to the Cleveland Plain Dealer. The fake page advertised phony police programs and policies, such as making it illegal to give to the homeless and free abortions for teens. The real cops arrested him for it, and his case will go before a grand jury. He could face a felony charge for disrupting public service.

Riley said that Novak’s posts were “an actual risk to public safety.” He could have been referring to the one that advertised a “Pedophile Reform event” that invited pedophiles to assemble outside of a church for a rehab program that would result in them being removed from the sex offender registry and granted “honorary police officer” status.

The page is down, but since his arrest, multiple fake Parma Police accounts have appeared, according to the New York Daily News.