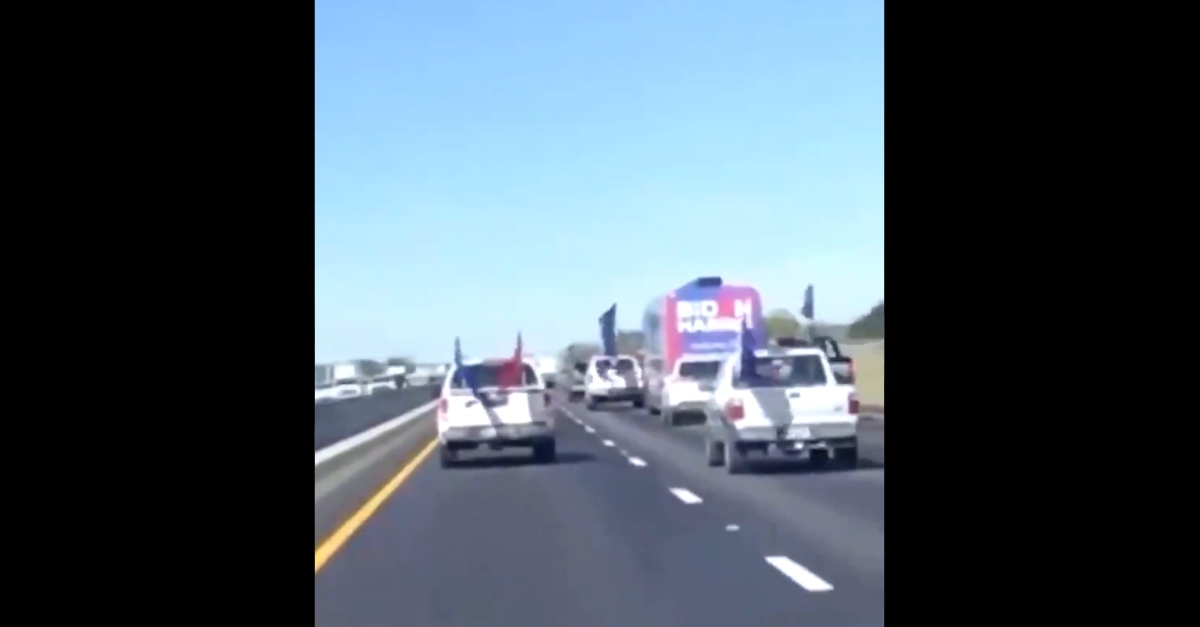 This weekend may not be the last you hear of Trump supporters who surrounded a Biden campaign bus in Texas on Friday. The FBI is investigating, said a law enforcement source cited by The Texas Tribune. Whether any charges come of this is an open question.

As seen on video, a caravan of supporters of President Donald Trump harassed a Biden campaign bus on Interstate 35. In one clip, a white vehicle, and a black truck flying a Trump flag made contact. There was no crash. During this incident, the black truck sideswiped the white vehicle, which was in the black truck’s lane, but the moments before were not clearly captured on camera.

Some Biden campaign events were canceled over safety concerns.

This is a 1st for me – but we just cancelled a joint event in Pflugerville w/ @JoeBiden campaign, @AustinYoungDems, & more, due to security reasons. Unfortunately, Pro-Trump Protestors have escalated well beyond safe limits. Sorry to all who looked forward to this fun event. https://t.co/tSq4moqro0

The Biden campaign said trucks appeared to attempt to slow down their bus. A source who spoke to the outlet on condition of anonymity said that cops in New Braunfels responded to calls, and escorted the campaign. This person said the Trump supporters dropped back behind cops. New Braunfels City Manager Robert Camareno said officers did not see traffic violations.