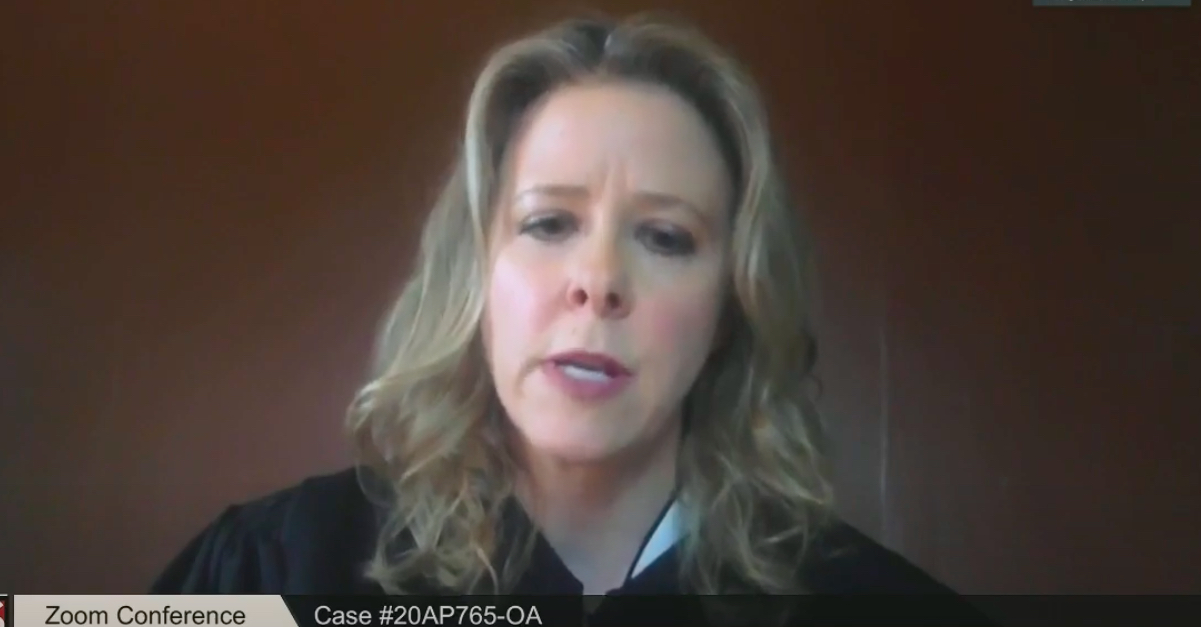 The Wisconsin Supreme Court on Tuesday heard oral arguments in a lawsuit brought by Republicans in the state legislature who claim that State Health Secretary Andrea Palm exceeded her authority in ordering “non-essential” businesses to close in response to the COVID-19 pandemic. As the arguments unfolded via video conference, several on the court’s conservative majority appeared skeptical of the order’s legality. Among them was Justice Rebecca Bradley, a staunch conservative and Federalist Society member.

Bradley referred to the order as “tyranny” and later compared it to the internment of Japanese Americans in camps during World War II.

Though Wisconsin Supreme Court justices run for office in nonpartisan elections, Bradley is a former president of the Republican National Lawyers Association.

Approximately 10 seconds after Assistant Attorney General Colin T. Roth began his argument in defense of the administration’s order, Bradley interjected to read him Article 1, Section 1 of the Wisconsin Constitution pertaining to citizens’ inherent rights and the government’s power being derived from “the consent of the governed,” as a preface to her first question.

“My question for you is, where in the Constitution did the people of Wisconsin confer authority on a single unelected cabinet secretary to compel almost six million people to stay at home and close their businesses and face imprisonment if they don’t comply — with no input from the legislature — without the consent of the people,” she said. “Isn’t it the very definition of tyranny for one person to order people to be imprisoned for going to work, among other ordinarily lawful activities? Where does the Constitution say that’s permissible counsel?”

Roth responded by saying the legislature enacted statutes to protect the public health, several of which granted DHS the power to “implement all emergency measures to control communicable diseases,” noting that DHS’s power is limited in what it can order and judicial review is always available.

The court’s conservative justices were particularly concerned with whether Palm’s directive, which called for criminal sanctions against some forms of non-compliance, constituted an “order” or a “rule” under the statute. The question is critical because the state’s arduous rule-making procedure is extremely time-consuming and must go through several levels of bureaucratic review and mandatory waiting periods.

Roth argued that the directive is an “order” because it is narrowly focused on combatting a singular disease and would only last for the duration of the pandemic, whereas a “rule” would implement lasting restrictions.

Justice Bradley countered with a comparison to Japanese American internment during WWII.

“One of the rationales that we’re hearing justifying the Secretary’s order in this case is that, ‘well it’s a pandemic and there isn’t enough time to promulgate a rule and have the legislature involved with determining the details of the scope of the Secretary’s authority,” she said.

“I’ll direct your attention to another time in history — in the Korematsu decision — where the [Supreme] Court said the need for action was great and time was short, and that justified, and I’m quoting, assembling together and placing under guard all those of Japanese ancestry in assembly centers during World War II. Could the Secretary, under this broad delegation of legislative power order people out of their homes into centers where they are properly socially distanced in order to combat the pandemic?”

Bradley then clarified that she was asking about the constitutional limits to the Secretary’s power under the statute.