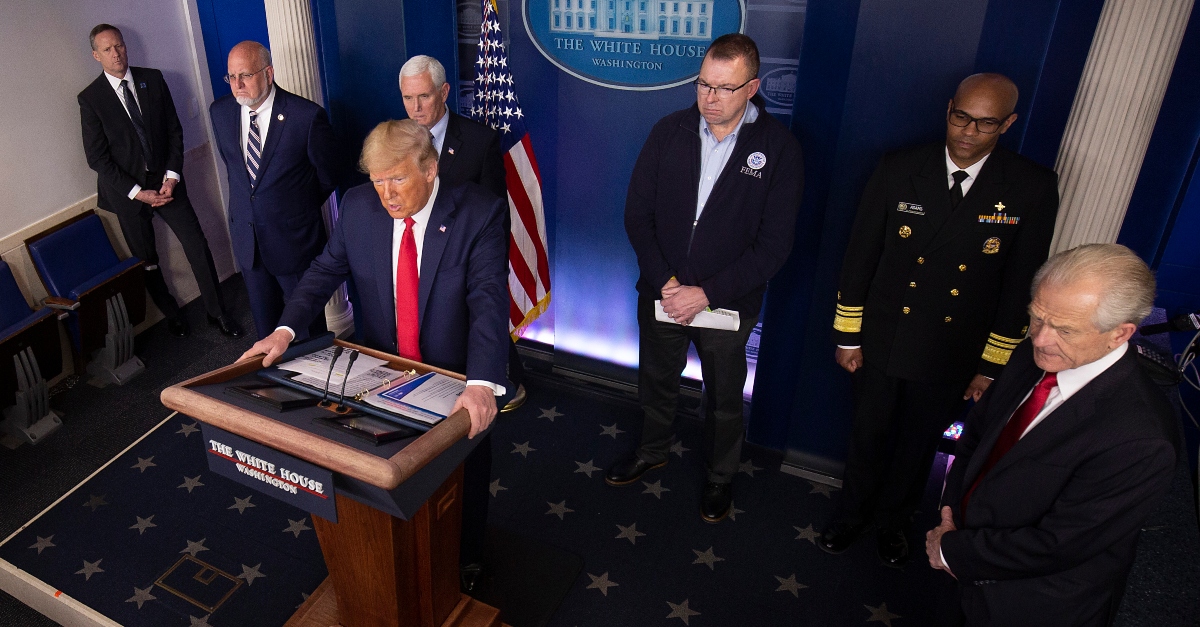 A council of inspectors general (IG) briefed the House Oversight Committee on the federal government’s coronavirus pandemic response this week, telling lawmakers that they plan to conduct audits and issue “flash reports” on federal programs enacted under the Coronavirus Aid, Relief, and Economic Security (CARES) Act, an email drafted by Democrats on the committee stated.

Inbox: Inspectors General Brief Committee on Oversight of the Federal Government’s Response to the Coronavirus Pandemic

Here's a rundown of what they were told, per House Oversight Dems: pic.twitter.com/4V4L1OBZ7X

According to the email, the Treasury Department’s Acting inspector General Richard K. Delmar is currently assessing the department’s implementation of the Payroll Support Program (PSP) to U.S. air carriers. The support has provided a total of $12.4 billion to the airline sector. Delmar also emphasized that because the “lanes of jurisdiction are still being determined” it is of paramount importance that the Special Inspector General for Pandemic Recovery (SIGPR) be appointed and set up “as quickly as possible to ensure proper oversight.”

Small Business Association (SBA) IG Hannibal “Mike” Ware has been tasked with auditing the SBA’s implementation of the Paycheck Protection Program (PPP), which has been particularly problematic since its April 3 launch.

“Lenders reported that SBA’s computer systems for processing applications regularly crashed, preventing the banks from issuing loans,” the report stated. “These technical issues created a built-in advantage for larger businesses that had preexisting relationhips with panks participating in the program who could better navigate the SBA’s system and led to money being distributed to entities such as Ruch’s Chris, the Los Angelas Lakers, and AutoNation.”

Department of Justice (DOJ) IG Michael Horowitz is evaluating the Bureau of Prison’s (BOP) efforts deal with the influx of coronavirus cases in federal prisons.

BOP has reported that 1,046 inmates and 330 staffers have tested positive for coronavirus, with 28 of those inmates dying. In the month since Attorney General William Barr directed the bureau to employ “various statutory authorities” in releasing eligible prisoners to home confinement, 1,576 additional prisoners have been released.

The email also said that, in light of President Donald Trump’s recent attack on the IG community, IG Horowitz “made it clear that the Council strongly believes in independent oversight and the ability of IGs to do their job without fear or favor, as the law requires.”

“Mr. Horowitz stated that IGs will continue to move forward with independent oversight and release public reports on issues related to the coronavirus pandemic. Mr. Horowitz also stated that the Council will work with the Committee on legislation to give Senate-confirmed and Acting IGs the protections they need to continue to do oversight,” it said.

Horowitz is also the chair of the Council of the Inspectors General on Integrity and Efficiency, an independent entity within the executive branch whose mission is defined by federal statute as working to “address integrity, economy, and effectiveness issues that transcend individual Government agencies; and [to] increase the professionalism and effectiveness of personnel by developing policies, standards, and approaches to aid in the establishment of a well-trained and highly skilled workforce in the offices of the Inspectors General.”