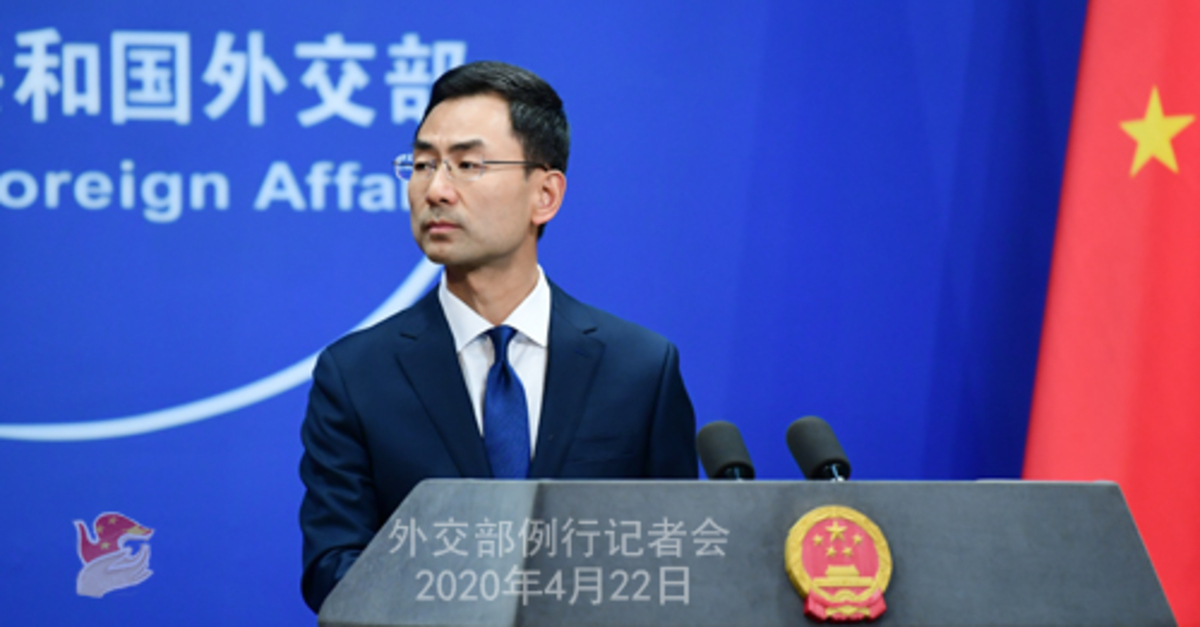 The People’s Republic of China rubbished a lawsuit recently filed by the State of Missouri alleging that the nation caused the novel Coronvirus (COVID-19) pandemic.

“This so-called lawsuit is very absurd and has no factual and legal basis at all,” Geng said at a daily press briefing on Wednesday, according to a summary of his remarks by the Associated Press.

The MFA’s official account of the briefing elaborated substantially.

“This kind of ‘lawsuit’ has no factual or legal basis,” Geng said. “It only invites ridicule.”

“Such [a] lawsuit is nothing short of frivolous litigation which defies the basic theory of the law,” he continued. “Based on the principle of sovereign equality prescribed by international law, U.S. courts have no jurisdiction over the sovereign actions taken by Chinese governments of all levels in response to the epidemic.”

“Such frivolous litigation will not help the U.S. with its epidemic response, nor will it contribute to the global cooperation in this regard,” Geng went on some more. “The right course of action for the U.S. side is to dismiss this abusive lawsuit.”

The principle of sovereign equality holds that all states are equal in a legal sense and has formed the basis of all international cooperation and organization since the end of the Second World War–even before the United Nations was established in 1945. Its legal import may be regarded as something of a truism but some perspectives have evolved and consider the principle to also mean that domestic issues in one state are none of any other state’s business.

When Congress passed the Foreign Sovereign Immunity Act of 1976 (FSIA) they were really just codifying a longstanding rule of international law which even the United States largely adheres to and accepts–no small feat for the world’s premier rogue state.

The Federal Judicial Center sums up the statute like this:

Under the FSIA, foreign states and governments, including their political subdivisions, agencies, and instrumentalities, are immune from suit unless one of the statute’s specific exceptions applies. Thus, jurisdiction exists only when one of the exceptions to foreign sovereign immunity applies. If the claim does not fall within one of the enumerated exceptions, the defendant is entitled to immunity and the courts lack…jurisdiction.

In other words, the FSIA protects foreign countries from being sued in U.S. state and federal courts but also prescribes exactly how a few limited exceptions allow for them to be served with such lawsuits.

The lawsuit also accuses the Chinese government, without evidence, of having “unleased” the virus on the world by developing the deadly contagion in a Wuhan lab.

Shuang addressed that and allegations of a cover-up in his Wednesday remarks:

Since the outbreak began, the Chinese government has been nothing but open, transparent and responsible in timely informing the WHO and relevant countries and regions including the US of pandemic-related information. We have shared the genome sequence of the virus, actively responded to the concerns of all parties and strengthened cooperation with the international community. Recently, we used a timeline to detail our exchange of information with the US. Since January 3, China has been regularly updating all countries including the US on the latest development of the situation. The US has unfettered access to information and date from China. China has made significant contributions to the global fight against the pandemic. The international community bears witness to and highly commends this.