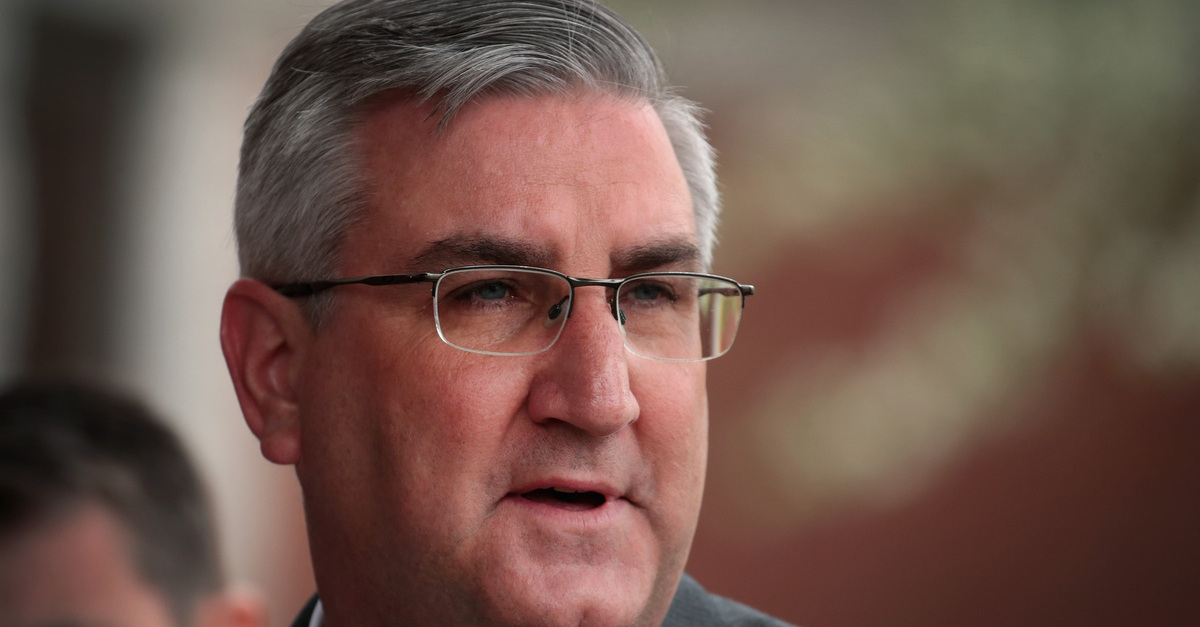 Indiana Gov. Eric Holcomb (R) signed a law Thursday making Indiana the latest state to ban the widely-condemned practice of shackling pregnant prisoners during childbirth. The bill passed unanimously in both the Indiana House and Senate.

The law provides that birthing centers must include obstetrics level and neonatal level certifications, and must comply with certification requirements of the American Academy of Pediatrics and the American College of Obstetricians and Gynecologists. Further, it mandates that correctional facilities use “the least restrictive restraints necessary on a pregnant inmate when the pregnant inmate is in the second or third trimester of pregnancy,” and that they use “no restraints on a pregnant inmate who is in labor, delivering a baby, during the immediate post delivery period, or dealing with a medical emergency related to the pregnancy.” The law does leave open some exceptions to the prohibition on shackling.

The change means Indiana has joined with growing efforts around the country to bring practices within all American correctional facilities in line with recommendations for the humane treatment of prisoners. The United Nations guidelines for the minimum standards for treatment of prisoners requires that “instruments of restraint shall never be used … during labour, during birth and immediately after birth.” Similarly, the American Medical Association calls shackling during childbirth “a barbaric practice that needlessly inflicts excruciating pain and humiliation.”

The 2018 federal First Step Act banned the use of shackles during childbirth on the federal level, but still left open the possibility that women in state prisons and county jails will be shackled. Just three states — New York, Illinois, and California — have completely banned shackling during childbirth, while 24 other states have banned it subject to certain exceptions.

In “The Realities of Pregnancy and Mothering While Incarcerated,” a 2021 article in the American Journal of Psychiatry and the Law, authors Susan Hatters Friedman, Aimee Kaempf, and Sarah Kauffman give context to the rising number in the U.S. of women inmates, “many” of whom are pregnant when they are incarcerated:

The United States has the second highest rate of incarcerating women internationally, second only to Thailand. In recent decades, there has been a dramatic increase in the U.S. correctional population, and women are a rapidly growing segment of this population. In the United States, 64.6 women per 100,000 are incarcerated, with the highest rate of 142 per 100,000 occurring in Oklahoma. Most women who are incarcerated are within their reproductive years, and many women are pregnant at reception.