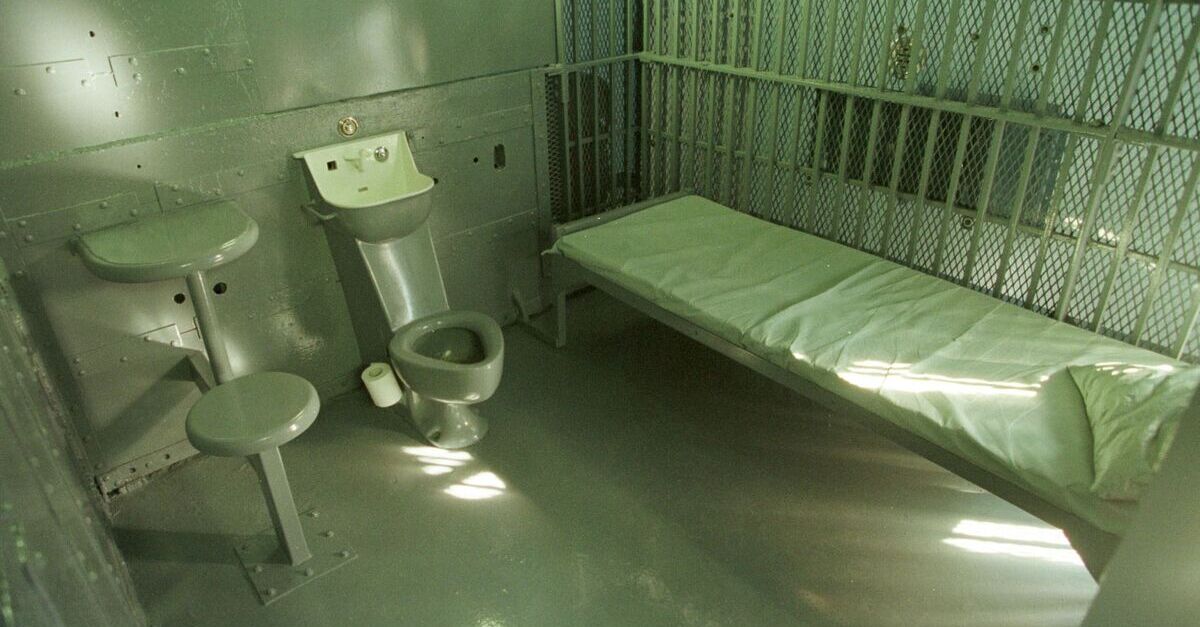 FLORENCE, AZ – FEBRUARY 11: Interior of the holding cell inside the “Death House” located at the main prison complex in Florence, some 80 miles (128 km) southeast of Phoenix, Arizona.

A federal judge issued a contempt order against the Arizona Department of Corrections (ADC) on Wednesday for the second time in three years after the ADC failed to comply with a prior settlement won by attorneys with the American Civil Liberties Union (ACLU).

The merits of the case were already decided in a 2014 settlement in favor of the ACLU and the class of aggrieved prisoners the organization represents.  The prisoners’ advocates have repeatedly alleged, and the court has now repeatedly found, that prison officials have repeatedly, and admittedly, violated the terms of that settlement.

Specifically, the court found that the department has failed to provide incarcerated individuals with adequate and mandatory medical, mental health, and dental care. For non-English-speaking individuals, the prison system’s efforts have fared even worse.

One section of the 2014 agreement requires the ADC to provide “language interpretation for healthcare encounters . . . by a qualified health care practitioner who is proficient in the prisoner’s language, or by a language line interpretation service.”

The court notes this applies to: “every healthcare encounter with a prisoner not fluent in English [emphasis in original].”

But that simply hasn’t been happening.

The ADC now has 30 days to come up with a plan that explains “how class members who are not fluent in English will be identified, how class members will be informed of their entitlement to interpreter services, and how such services should be requested.” If not, they risk further sanctions by the court.

Sanctions in the case include a previous $1.4 million contempt fine. The court also ordered a $1.1 million fine for the second contempt finding—based on 22 separate instances of noncompliance.

And those money judgments won’t just be gathering dust. Those combined funds will now be used to conduct “a system-wide staffing analysis” as well as “a systemic analysis of the adequacy of the health care provided to class members” by an independent third-party expert which the judge will choose based on suggestions from the ACLU and the ADC.

The court also warned that further economic judgments against the prison system are likely and ordered officials to account for why they should not be punished monetarily in the future over their continued failure to abide by the terms of the prior agreements and court orders.

Defendants are to understand the legal reason for fines. They are to coerce compliance with the January 2020 [court order] while also compensating Plaintiffs for not receiving the care promised under the [settlement]. Pursuant to the agreed upon [settlement], Plaintiffs are entitled to compliance every month, regardless of past compliance. Becoming compliant for one month does not restart the clock and the remedial process again.

The ACLU hailed the decision.

“We are heartened by the federal court’s order. To see a federal court hold a state department of corrections in contempt — not once, but twice — in three years is incredibly striking,” Corene Kendrick, deputy director at the ACLU National Prison Project, said in a statement. “In her order, Judge Silver has validated what we know to be true: Incarcerated people have a constitutional and moral right to adequate health care and decent conditions.”

“We hope that the ADC will stop wasting Arizona taxpayer money fighting the court ordering it to live up to its promises, and instead will finally do its duty and provide the people in its custody the basic health care and conditions that are their right,” Kendrick continued. “We expect the other state Department of Corrections will take notice: If you do not respect the basic rights of incarcerated people, there will be consequences.”