Court Rules in Favor of Man Who Said He Was Arrested for ‘Driving While Black’: Cops Acted with ‘Arbitrary and Boundless’ Prejudgment 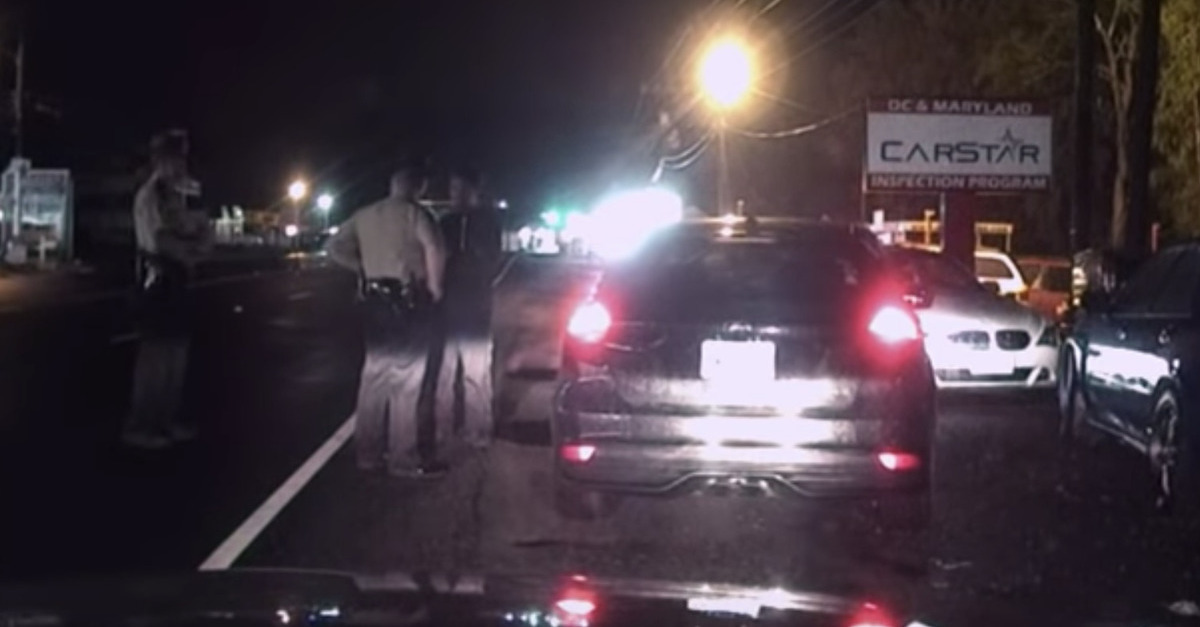 The U.S. Court of Appeals for the Fourth Circuit sided with a Black man and against two Virginia cops Thursday in what the plaintiff argued had been a “driving while Black” arrest.

George Wingate III had been driving on Jefferson Davis Highway in April 2017 when he experienced car trouble. Wingate is a mechanic who kept tools in the trunk of his car; he pulled to the side of the road, popped the hood, and began to work on his car, using the overhead streetlamp for lighting. Two Stafford County deputies saw Wingate’s disabled vehicle, and pulled in behind Wingate, ostensibly to render assistance.

The officers’ helpfulness, however, would be short-lived. Wingate walked over to the officers, greeted them, and explained that he’d been trying to resolve his car trouble while en route to his girlfriend’s house. Deputy Scott Fulford reacted by demanding identification from Wingate, then activating his mic and calling for backup when Wingate questioned why he was being asked to show ID.

Fulford continued to demand ID from Wingate, explaining that Wingate was “required” to comply. Wingate refused, and asked multiple times whether he was being detained. The two engaged in the following exchange:

WINGATE: Am I free to go?

FULFORD: You’re not free to go until you identify yourself to me.

A second officer, Dimas Pinzon, arrived on the scene, and he told Wingate that there had been, “a lot of catalytic converter thefts in [the] area.” That officer also remarked, “It’s kind of weird, it’s 2 o’clock in the morning, and you’re out here on the side of the road in the same area where the businesses have all been hit.” Wingate said—and subsequent investigation confirmed—that he hadn’t committed any theft. Bodycam video of the exchange can be viewed here.

Stafford County Ordinance § 17–7(c) says it is a crime to refuse an officer’s request for identification “if the surrounding circumstances are such as to indicate to a reasonable man that the public safety requires such identification.”

The officers prepared to handcuff Wingate, but Wingate ran across the street. One officer then pointed his Taser at Wingate, threw him to the ground, handcuffed him, and placed him in the back of the patrol car. Wingate was arrested and his car was searched.

Wingate brought a civil rights claim against the officers, and challenged the constitutionality of the Stafford ordinance. The district court sided with the police, granting summary judgment in the case. The Fourth Circuit reversed, and found in Wingate’s favor.

The court held that Fulford’s statements constituted “unambiguous restraint on Mr. Wingate’s liberty,” thereby triggering protections under the Fourth Amendment. Accordingly, the officer would have required reasonable suspicion to act as he did—and the facts at hand weren’t nearly enough.

Judge Gregory dismissed the officers’ arguments out of hand, writing, “the notion that the driver of a broken-down vehicle creates suspicion of criminal activity by approaching the officer trying to render him aid, put candidly, defies reason.”

“Although we generally defer to officers’ claimed training and experience, we withhold that deference when failing to do so would erode necessary safeguards against ‘arbitrary and boundless’ police prejudgments,” Gregory continued. “That is the case here.”

The court went on to deny the officers qualified immunity for Wingate’s Fourth Amendment claim against them. The court ruled separately on Wingate’s claims for wrongful arrest under the Virginia statute. Holding that because Wingate’s right was not “clearly established” at the time of his arrest, the officers are entitled to qualified immunity on that claim. The case, now remanded for further proceedings, will now move toward trial or settlement.

Attorneys for the parties could not immediately be reached for comment.