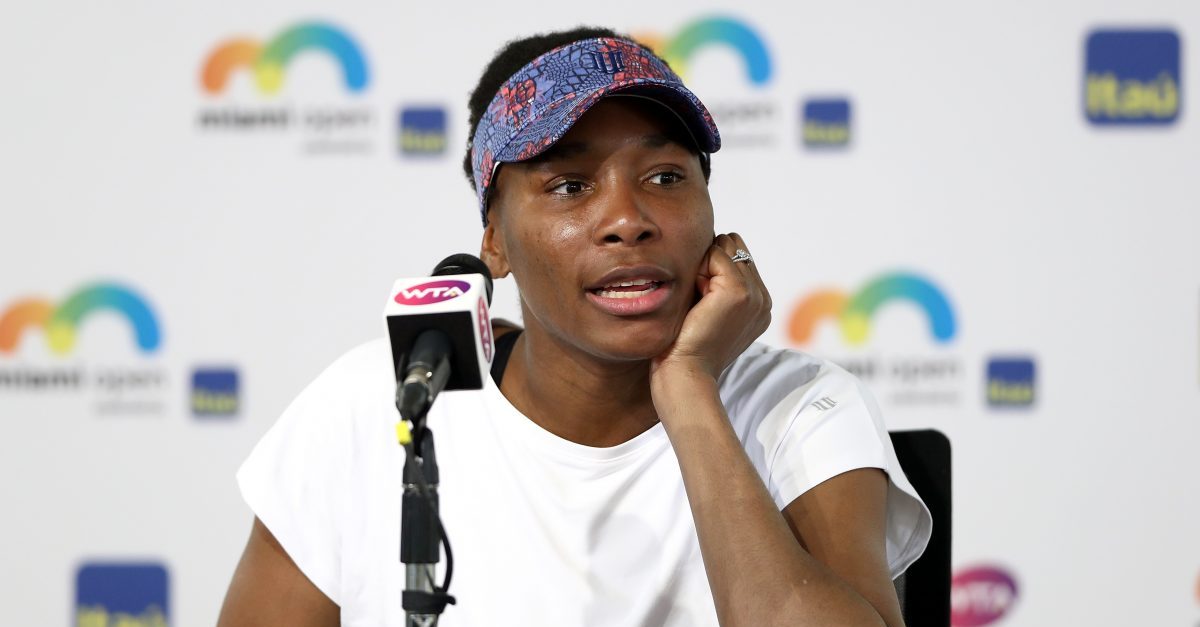 Tennis superstar Venus Williams has settled a wrongful death lawsuit filed by the estate of Jerome Barson, the 78-year-old man who died in a car accident Williams was in back in June 2017. Palm Beach County, Florida court records show that the case has now been dismissed with prejudice, with Williams and Barson’s estate reaching an agreement that they filed with the court on November 15. Williams will not be on the hook for the other side’s attorneys’ fees, the court order said.

Williams was at an intersection and was in the middle of crossing, but had to stop when another car was turning. By the time she advanced further, the car with Jerome and Linda Barson had the green light and they ended up plowing into her, T-boning her vehicle. Jerome Barson was placed in the ICU with died two weeks later from injuries sustained in the crash.

Police body cam footage from the day of the accident showed an officer tell Venus that while technically she was at fault for the crash, she was “stuck in a bad situation,” which is why she wasn’t written up or hit with any charges for it.

Police later reviewed additional evidence and determined that Williams was not at fault and was legally in the intersection.

Court records do not indicate how much money Williams will have to pay Barson’s estate as part of their settlement agreement.

“My heartfelt condolences go out to the family and friends of Jerome Barson and I continue to keep them in my thoughts and prayers,” Williams said following the crash,” saying she was “heartbroken” over the accident.