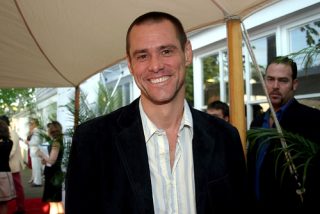 Jim Carrey is being sued by his ex-girlfriend’s widower, because after Carrey and the woman broke up, she committed suicide by overdosing on Percocet and Ambien. If that seems a little bit of a stretch, that’s because it is. Normally, after a suicide, there aren’t a whole lot of people to hold legally accountable other than the victim his or herself. But yesterday, Mark Burton, (the widower of Cathriona White), began his wrongful death claim and ignited the inevitable media storm.

First, a little background on wrongful death as a cause of action:

Wrongful death cases are typically brought when a person dies as the direct result of another’s wrongdoing. That wrongdoing can be negligence (such as in the case of a fatal car accident), or can be an intentional tort (which would follow a murder conviction, like the Goldmans’ civil suit did after the O.J. Simpson case). Either way, a plaintiff must prove that the defendant caused the victim’s death. That’s usually a problem when a victim intentionally committed suicide. In legal terms, an intentional act of the victim “breaks the chain of causation,” and prevents a defendant’s liability.

Burton’s Complaint against Carrey alleges all sorts of creepy things – everything from Carrey’s being some sort of Sleeping-With-The-Enemy-type control freak to his insincerely making a public offer to pay for Cathriona White’s funeral—but it never explains how giving his girlriend some pills caused her to commit suicide. My guess? Burton’s lawyer knows there’s no way to win on the wrongful death claim, and he just threw it in there hoping it would pad the lawsuit a bit.

The heart of the lawsuit, though, is a count based on the California Drug Dealer Liability Act (DDLA). Laws like the DDLA were enacted in many states as the civil legal system’s effort to combat the War on Drugs. The California statute allows plaintiffs to obtain money damages from drug dealers in a number of scenarios, including when a plaintiff is injured by a driver under the influence of drugs, and when baby is born addicted to drugs because of its mother’s substance abuse.

The Act itself is clear about its purpose:

All that seems like a great idea. The drug industry can and should be attacked from all angles; using the civil legal system and its power to hit drug dealers in their wallets is an important tool. The only problem is that this statute is clearly intended to target actual drug dealers. Even if what the Complaint says is true, Jim Carrey isn’t exactly Pablo Escobar. Giving his girlfriend some Ambien doesn’t strike me as the kind of community-wrecking drug enterprise that the DDLA aims to punish.

The most damning allegation against Carrey is that he used the alias “Arthur King” when obtaining the prescription medications for himself. That’s illegal, and Carrey could be punished for having been untruthful. Still, it’s a long walk from “I lied to my own doctor” to “I caused another person’s death.” In the context of celebrity behavior, using an alias to get common prescription drugs is hardly shocking; although “everyone is doing it” is no defense to the misconduct, it makes it more difficult to characterize Carrey’s conduct as sinister enough to be considered a “drug dealer” under the DDLA.

Carrey may also have a problem explaining the text message he sent to Cathriona White after she had already died. The Complaint alleges:

“In an effort to cover up his conduct and complicity in her death, CARREY sent a bogus text message…pretending as though he had misplaced the Drugs and insinuating White may have taken them from CARREY without his knowledge.”

I’d agree that the timing and content of the text message will raise a few eyebrows. However, there are all sorts of interpretations of those facts that do not lend themselves to a finding of liability on Carrey’s part. Suicide is the kind of tragedy that naturally inspires guilt; but emotional guilt is just not the same thing as legal liability.

Burton v. Carrey is an interesting intersection among an opportunistic plaintiff, a rich defendant, and an unusual statute – not to mention a creative lawyer. We’ll see how it all plays out – but despite Carrey’s statement, “There are moments in life when you have to stand up and defend your honour against the evil in this world” the smart money is on a quick and confidential settlement.