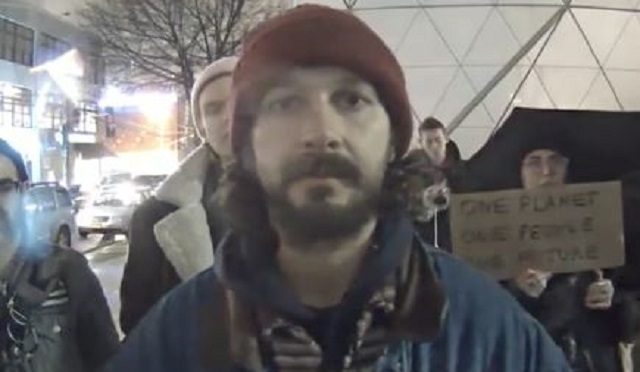 Actor Shia LaBeouf‘s reported plan to keep a streaming webcam up at New York’s Museum of the Moving Image for the duration of Donald Trump‘s presidency will not be coming to fruition. LaBeeouf’s exhibit, a protest against the President where people — including LaBeouf himself — looked into the camera chanting, “He will not divide us,” was marred by violence that has led to its removal, TMZ reported.

Just a few days after Trump’s inauguration, LaBeouf was arrested after getting into a physical altercation with another man who reportedly told the Jewish actor, “Hitler did nothing wrong.” LaBeouf was released after a few hours and returned to the museum to continue his protest/performance art. But other altercations have been caught on camera, leading the museum to reportedly call the exhibit a “flashpoint for violence.” While not all of the incidents led to arrests, they were enough for the museum to remove the camera.