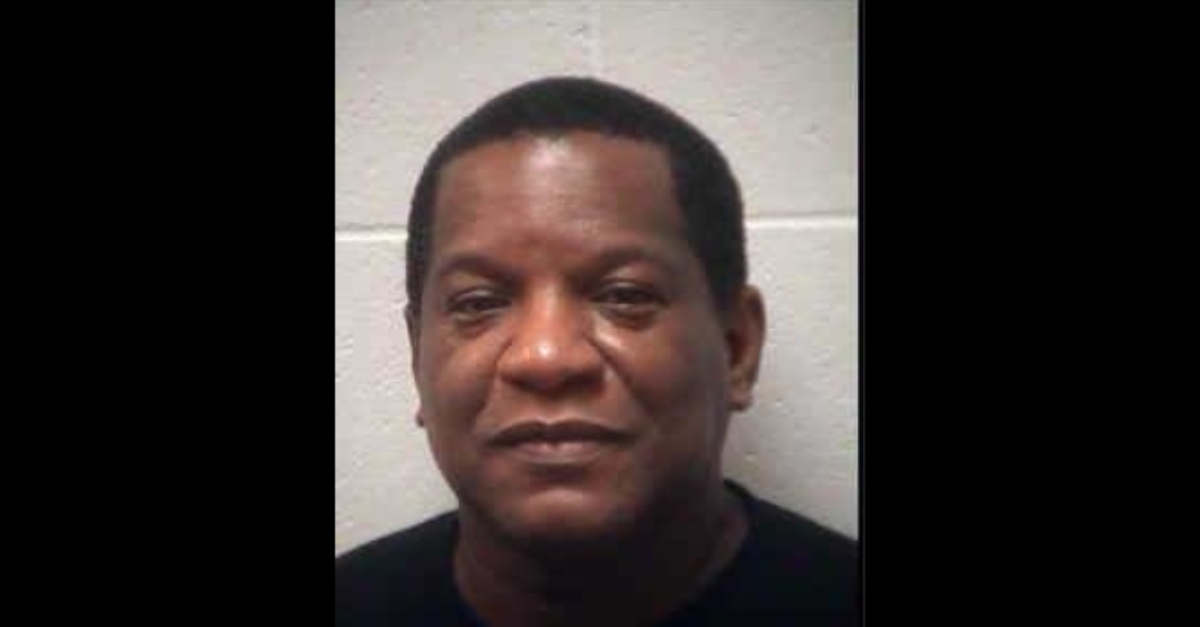 Henry James Mason, a former manager of R&B singer R. Kelly, turned himself in to deputies in Georgia on Friday morning for allegedly threatening the family of a woman held captive by Kelly. The arrest happened at around 8 a.m. for a charge of terroristic threats and acts, Henry County Major Bobby Sloan told Law&Crime.

The defendant has since posted bond.

Breaking: Just learned Henry James Mason has made a $10k bond. Release should be imminent if not already @wsbtv https://t.co/OIetIalvzF

The charge stems from Mason allegedly threatening the family of Joycelyn Savage. Her parents,Timothy and Jonjelyn Savage, claim she is being held by Kelly. Mason, 52, allegedly got in touch with Mr. Savage because of the father attempting contact the daughter.

“I’m gonna do harm to you and your family, when I see you I”m gonna get you, I’m going to fucking kill you,” Mason said on May 23, 2018, according to the incident report.

This statement was allegedly made on a phone call involving a third man. Mrs. Savage also claimed to have heard the end of the conversation, but told authorities she didn’t hear the actual threats, according to investigators.

The couple appeared on the new docuseries Surviving R. Kelly, which detailed allegations that the R&B singer long abused women, and isolated them. They also appeared in a BuzzFeed report last July.

Mason released a statement on Friday saying that facts will show the allegation to be false.

“To the contrary, we will show that I have been extremely instrumental in attempts to assist my accusers in their quest to reestablish a relationship with their adult daughter,” he said.

Their daughter appeared in a video shortly after the publication of the BuzzFeed article. She called for her father to “stop what you’re doing,” and said she was “fed up” with him.

Kelly continues to deny allegations. Pundits are suggesting this downfall was a long-time coming, and well earned. The R&B singer was tried for his infamous “pee tape” involving an underage girl (he was acquitted in 2008). There there’s the matter of his marriage with Aaliyah Dana Haughton, then 15.